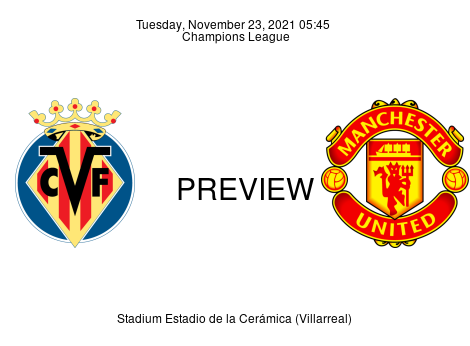 Preview On the domestic front, Villarreal picked up a 1-1 draw against Celta Vigo over the weekend in Spain at Balaídos. On UCL Matchday 4, an unforgiving Yellow Submarine sank BSC Young Boys in a 2-0 win on home soil. Étienne Capoue (36’) tucked away the rebound from his initial effort, bagging his second goal for the club as Villarreal picked up the lead, six minutes past the half-hour mark. BSC YB thought they had the leveler but a VAR check chalked off the goal for offside. Both sides came close to netting, but it was the poisonous fangs of the cobra, Arnaut Danjuma (89'), that eventually snuffed the life out of the visitors with a minute left on the clock. And, as expected, it was rightly followed by the snake-styled celebration. The comfortable 2-0-win saw 2nd-placed Villarreal with 7 points and on par with first-placed Manchester United after 2W, 1D, & 1L. Unai Emery’s side has only two victories in five games across all competitions: DLWWD, and a total haul of 5W, 9D, & 6L against Premier League sides. In addition, the Yellow Submarine have won four of their nine home games against English sides, picking up only one defeat, - against Manchester City in the 2011/12 UCL group stage (0-3). A 4—4—2 formation, with Boulaye Dia and Arnaut Danjuma in attack, is expected on Tuesday. Gerard Moreno remains in doubt for this fixture, while Yeremy Pino will miss the next match if he picks up a booking on Tuesday.

Preview Following the humiliating 4-1 defeat to Watford on the domestic front, Ole Gunnar Solskjær left his role as United's manager, bringing his three-year tenure to an inevitable end. Ole will always be a legend at Manchester United and it is with regret that we have reached this difficult decision, a statement from the club’s website read in part. Michael Carrick will now take charge of the team for forthcoming games while the club looks to appoint an interim manager to the end of the season, it concluded. The Red Devils picked up a 2-2 draw against Atalanta on UCL MD4 and are left with 2W, 1D, & 1L, at the top of Group-F, based on H2H against Villarreal. The Red Devils return with back-to-back defeats, LWDLL, hoping to avoid another loss on UCL MD5 and a precarious situation on Matchday 6. Michael Carrick could toe the line with the 4—2—3—1 formation or return to the 3—5—2 with Ronaldo pairing with Rashford or another in attack. Riddled with injuries, United could be without as many as six players for this game. Mason Greenwood (COVID 19) is ruled out along with Paul Pogba (thigh injury). Luke Shaw suffered a head injury in the 4-1 loss to the Hornets, while Édinson Cavani (tendon injury) and Raphael Varane (hamstring) are expected to make their return next month.