Liverpool were in training at Melwood on Saturday ahead of their second pre-season friendly of the summer, against Bradford City.
Read More
LIVERPOOLFC.COM 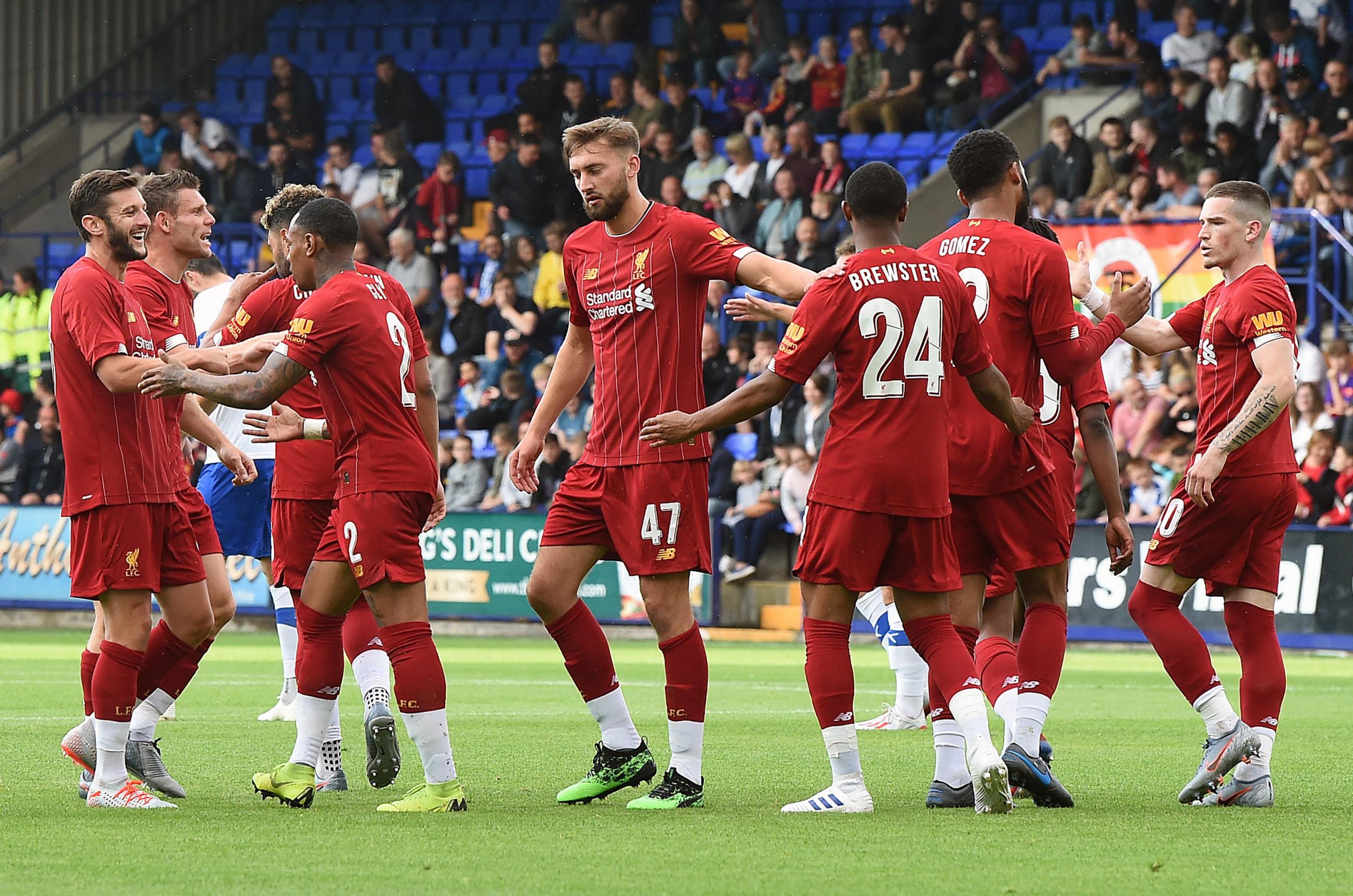 Former Fleetwood Town striker David Ball has turned down offers from League One clubs in favour of the Australian A League.
Read More
BLACKPOOLGAZETTE.CO.UK

Gary Bowyer has ruled out a reunion with Terry McPhillips at Bradford City.
Read More
BLACKPOOLGAZETTE.CO.UK

Rotherham United midfielder Matty Palmer has joined Bradford City on a season long loan. The twenty-four year old joined the Millers in January 2018, on a two-and-a-half year deal,  from Burton Albion, where he came through the Youth ranks and went on to play over one hundred and forty times for the Brewers first team. […]
Read More
VITALFOOTBALL.CO.UK

Liverpool FC has released the following details regarding ticket sales for the pre-season friendly against Bradford City at Northern Commercials Stadium on July 14.
Read More
LIVERPOOLFC.COM

Preston North End have been drawn away to Bradford City in the Carabao Cup first round.
Read More
LEP.CO.UK.XML

"Shocking decision by the club", "Strange" - Many Leeds fans not impressed as exit confirmed

Leeds United fans aren’t happy with the decision to sell Paudie O’Connor to Bradford City after the deal was announced on Tuesday evening.
Read More
FOOTBALLFANCAST.COM

According to reports from Football League World, Paudie O’Connor is set to leave Leeds United permanently as he looks set to return to Bradford City on a permanent deal.
Read More
FOOTBALLFANCAST.COM

Bradford City have announced that former Crewe Alexandra striker Clayton Donaldson has joined the club on an initial 12-month deal, starting on July 1st after the end of his Bolton Wanderers contract, with him becoming the 7th signing for the Bantams of the summer transfer window. Donaldson, 35, started his career with Hull City in […]
Read More
VITALFOOTBALL.CO.UK

Here are the latest League One and League Two news headlines for this morning.
Read More
PORTSMOUTH.CO.UK

Bradford City boss Gary Bowyer was in attendance as our Under 23s lost to Everton on Wednesday night, and the Chronicle believe a move to the Northern Commercials Stadium is now on the cards for academy star Matthew Longstaff. The Bantams are thought to be the side leading the charge to take the 19-year-old holding […]
Read More
VITALFOOTBALL.CO.UK

Report: English clubs lining up to sign Newcastle youngster, scouted him this week

"Am I missing something", "Not in my book" - Many Bradford fans disagree with manager's comments

With four senior appearances to his name, Leeds United Academy graduate Paudie O’Connor has spent the 2018/19 campaign away from Elland Road as he looked to increase his game time and experience and his travels have taken him to both Blackpool and Bradford City. The common link between the two clubs is Gary Bowyer who […]
Read More
VITALFOOTBALL.CO.UK

Bradford City manager Gary Bowyer is rueing the absence of two key players this weekend as their futile attempt to remain in League One could come to an end. The Bantams are nine points adrift of safety with four matches left to play, meaning relegation could be confirmed tomorrow as they travel to Coventry City […]
Read More
FOOTBALLLEAGUEWORLD.CO.UK

For Bradford City’s younger generation of fans, it must be hard to fathom that just 18 years ago, their club was fighting it out with the likes of Liverpool and Manchester United in the Premier League. After two seasons in the top flight, the Bantams were relegated to the Championship where they narrowly avoided the […]
Read More
FOOTBALLTRANSFERTAVERN.COM

There are very few clubs in English football whose supporters would react to an impending relegation in a similar fashion to those at Bradford City. Despite the fact that the Bantams are expected to be playing in the fourth tier for the first time in six years, rather than turning their back on their side, […]
Read More
FOOTBALLTRANSFERTAVERN.COM

Our man at the Gas picks through the major talking points from a frantic win at the Mem
Read More
BRISTOLPOST.CO.UK

The Gas boss says he will take points over performances this close to the end of the season
Read More
BRISTOLPOST.CO.UK

Marks out of 10 as the Gas put on a dramatic show to ease relegation fears
Read More
BRISTOLPOST.CO.UK

Takumi Minamino and Curtis Jones scored twice each as Liverpool cruised into the fourth ...
STANDARD.CO.UK

No. 15 Oklahoma State unsure of QB for West Virginia game

The status of Oklahoma State quarterback Spencer Sanders is not clear for Saturday’s ...
INDEPENDENT.CO.UK

Seven of Manchester City starting team against Bournemouth came through the academy
MANCHESTEREVENINGNEWS.CO.UK

Ashley Preece kept a close eye on Bertrand Traore during his debut for Aston Villa in the ...
BIRMINGHAMMAIL.CO.UK

Lincoln 2-7 Liverpool: Clinical Reds ease past League One side as Jones and Minamino score twice

DOMINIC KING AT THE LNER STADIUM: Lincoln City's goalkeeper was a Liverpool fan as a little ...
DAILYMAIL.CO.UK

Delap announced himself with a stunning goal on his senior debut on Thursday night. He is ...
DAILYMAIL.CO.UK

Liverpool player ratings as Jones and Shaqiri shine in thrashing

Liverpool beat Lincoln City 7-2 in the Carabao Cup third round with goals from Takumi Minamino ...
LIVERPOOLECHO.CO.UK

Di Maria discusses tow key topics. The post Di Maria on Why He Deserves a Place in the ...
PSGTALK.COM

For the second consecutive Thursday, Tottenham made heavy work of a Europa League qualifier ...
STANDARD.CO.UK

Spurs progressed to a play-off against Maccabi Haifa next week.
SPORTSMOLE.CO.UK

The youngster scored on his debut to leave supporters very excited.
MANCHESTEREVENINGNEWS.CO.UK

Leeds United have caught the eye during their first two games since returning to the Premier ...
LEEDS-LIVE.CO.UK

The latest Manchester United news, views and transfer rumours from the M.E.N.
MANCHESTEREVENINGNEWS.CO.UK

Result: Declan Gallagher sent off as Motherwell knocked out of Europa League