The results of the Great Football Lockdown Survey are in and they make interesting reading for Liverpool supporters
Read More
LIVERPOOLECHO.CO.UK

The results of the Great Football Lockdown Survey are in and they make interesting reading for Everton supporters
Read More
LIVERPOOLECHO.CO.UK

Quoted by talkSPORT, Reading midfielder Charlie Adam has suggested that both Glasgow clubs Rangers and Celtic should be taking a closer look at signing Lyle Taylor on a free from Charlton Athletic this summer. The striker has told Lee Bowyer that he does not want to play for the club when the season gets back […]
Read More
FOOTBALLLEAGUEWORLD.CO.UK

Marc McNulty is keen to get answers on his future at Reading, with his future at the Madejski Stadium up in the air. McNulty joined Reading from Coventry City in 2018, on the back of helping the Sky Blues win promotion from League Two in 2017/18, scoring 28 goals across all competitions. But the Scotsman […]
Read More
FOOTBALLLEAGUEWORLD.CO.UK

'You can see the logic' - Reading plotting transfer swoop for 24-year-old: The verdict

Clarets midfielder is one yellow card away from a two-game ban
Read More
LANCS.LIVE

Exclusive: Rob Dickie Says He Has “Unfinished Business” At Reading

Reading FC and the key questions ahead of proposed Championship resumption

The EFL announced on Sunday night that they are hoping the Championship season will restart on June 20, with Reading FC and their rivals now gearing up for the first game back
Read More
GETREADING.CO.UK

The weekend of June 20 has been pencilled in for the resumption of the 2019/20 Championship season for Reading FC and their rivals, but not everyone is in support
Read More
GETREADING.CO.UK

Birmingham City have received the news that the Championship season could well resume later this month, with June 20th earmarked as the date things could finally kick off again. Pep Clotet’s side have been out of action since the first weekend in March, when they were beaten 3-1 at St Andrew’s by Reading FC. There’s […]
Read More
FOOTBALLLEAGUEWORLD.CO.UK

Data analysts FiveThirtyEight have predicted how the final Championship table will look as football in the second tier is set to return later this month for Reading FC
Read More
GETREADING.CO.UK

OPINION: The Return Of The Championship Can’t Come Soon Enough

The Championship season is set to resume later this month after the EFL confirmed a provisional restart date of June 20, subject to all safety requirements being met
Read More
GETREADING.CO.UK All the latest transfer news and gossip from the Championship as Crystal Palace become the latest side linked with a move to sign teenage Reading star Danny Loader
Read More
GETREADING.CO.UK

Reading FC have spent three seasons in the Premier League since it started in 1992, but how do the Royals compare in the all-time table based on points per game?
Read More
GETREADING.CO.UK

Cardiff City are interested in signing Celtic’s Jonny Hayes this summer, reports The Daily Mail. The 32-year-old is set to leave Celtic Park this summer, after the club declined to offer him a new contract. Hayes who can play throughout the midfield and upfront, began his career with Reading. He spent the bulk of his […]
Read More
FOOTBALLLEAGUEWORLD.CO.UK 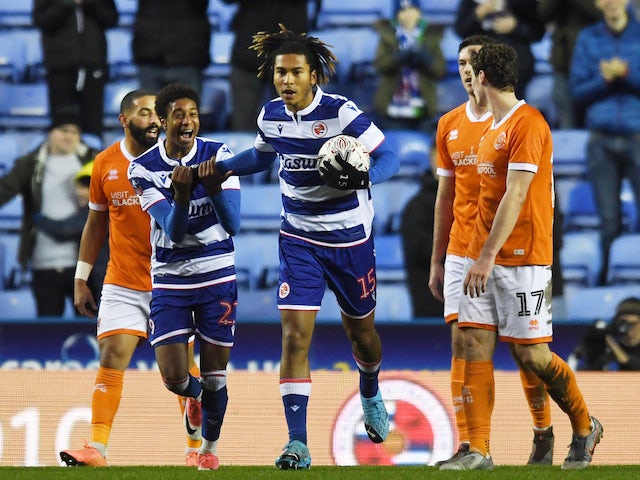 Rajiv van La Parra has recalled Huddersfield Town’s 2017 play-off final victory over Reading. The 28-year-old signed for Huddersfield in 2016 from Wolves. He began his career in the Feyenoord youth set-up and got his English move with Wolves back in 2014. Having spent two years there before joining the Terriers, he played in all […]
Read More
FOOTBALLLEAGUEWORLD.CO.UK

Angel Rangel has reacted to a throwback tweet from Swansea City. On this day in 2011, Brendan Rodgers guided Swansea City into the Premier League. The current Leicester boss saw his old Swans side beat Nottingham Forest in the semi-finals, before defeating Reading 4-2 at Wembley. Scott Sinclair was named Man of the Match that […]
Read More
FOOTBALLLEAGUEWORLD.CO.UK

Wolves 'at the front of the queue' to complete striker transfer

Danny Williams has opened up about his Reading exit in 2017. Williams, now aged 31, joined Reading from 1899 Hoffenheim ahead of the 2013/14 season. In his four years at the club he would make 156 appearances, scoring 13 goals, but he left for Huddersfield Town in 2017. The Terriers had just been promoted to […]
Read More
FOOTBALLLEAGUEWORLD.CO.UK

EXCLUSIVE: Chelsea keeper Kepa could be used in a player-plus-cash deal for Oblak to try ...
Read More
MIRROR.CO.UK

Having gone behind against Southampton at Old Trafford, Man United turned things around ...
Read More
CAUGHTOFFSIDE.COM

'Does one kind of discrimination hold a higher bearing over another?' - James McClean questions abuse response

James McClean has questioned why his Republic of Ireland team-mates have not publicly supported ...
Read More
BELFASTTELEGRAPH.CO.UK

Rashford fires Man United level against a dogged Southampton side

Southampton had started the brighter of the two teams at Old Trafford and had already gone ...
Read More
CAUGHTOFFSIDE.COM
The Cricket Blog