Pitso Mosimane: I’ve never been so angry since arriving in Egypt

Al Ahly coach Pitso Mosimane says he's never been so "angry" with his team since his arrival in Egypt as he was on Thursday night.
Read More
THESOUTHAFRICAN.COM The talent production hub are set to scale up their operations in Ghana while launching a new outfit in the North African country
Read More
GOAL.COM

Mohamed El-Shennawi and his club Al Ahly heaved a huge sigh of relief on Wednesday when the Egypt Football Association (EFA) cut the four-game suspension to just one.
Read More
PANAFRICANFOOTBALL.COM The Qatari champions will face the Egyptian giants in the first game of the tournament on February 4
Read More
GOAL.COM

17-goals winger once again refuses to rule out Liverpool exit

A narrow 1-0 win over El Gouna courtesy of a superb volley from attacking midfielder Youssef 'Obama' Ibrahim was enough for Zamalek to move to top spot in the Egyptian Premier League.
Read More
PANAFRICANFOOTBALL.COM

Salah has come in for criticism along with his fellow forwards Roberto Firmino and Sadio Mane in recent matches, with Owen singling out the Egyptian for self-centred behaviour
Read More
MIRROR.CO.UK 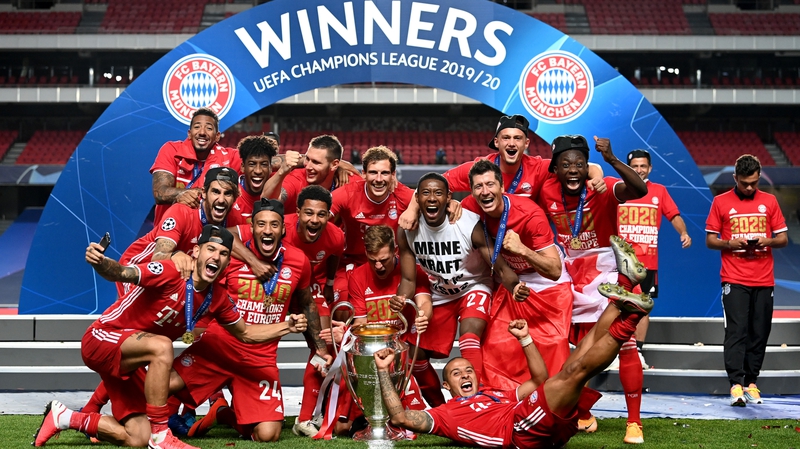 European champions Bayern Munich will meet either Qatar's Al Duhail or Egyptian side Al Ahly in the semi-finals of FIFA's Club World Cup after the draw for the competition took place in Zurich.
Read More
RTE.IE

Mohamed Salah has insisted his future is ‘in Liverpool’s hands’ as speculation mounts he could seek a move away from Anfield. Last month, the Egypt international voiced his disappointment at not being named captain for their Champions League group match against Midtjylland in a rare interview and encouraged speculation by talking [...]
Read More
TALKSPORT.COM

MO SALAH has admitted he ‘doesn’t know’ what his future holds although stated his desire to stay at Liverpool. The Egyptian superstar, 28, has just over two years left on his current contract at the Reds. Last month Salah refused to rule out a move to Spanish giants Barcelona or Real Madrid. But he insisted […]
Read More
THESUN.CO.UK The Egyptian forward admits that his future lies “in the hand of the club” at Anfield, and he has no plans to push for a transfer elsewhere
Read More
GOAL.COM

The Egyptian stunned supporters in December when he admitted he was open to the idea of a continuing his career in Spain with one of LaLiga's biggest clubs.
Read More
DAILYMAIL.CO.UK The former Reds defender believes the Egyptian forward may be keen on testing himself in La Liga while enjoying the peak years of his career
Read More
GOAL.COM

For the first time this season, Egyptian champions Al Ahly’s perennial Cairo rivals Zamalek have an opportunity to leapfrog them if they beat Gouna on Tuesday.
Read More
PANAFRICANFOOTBALL.COM

AS Saint Etienne have apologised for accusing Egyptian side Zamalek's officials of demanding kickbacks to facilitate a deal for striker Mostafa Mohamed.
Read More
PANAFRICANFOOTBALL.COM

Liverpool's Egyptian King caused a stir around Anfield in December with suggestions he was open to a move to La Liga, but now former Reds captain Jamie Carragher has issued a warning
Read More
MIRROR.CO.UK

Salah: “I Want to Play Every Minute of Every Game” The Egyptian frontman has finished as the Premier League’s top marksman in two of his three seasons at Anfield and is chasing down a hat-trick
Read More
GOAL.COM

Al Ahly head coach Pitso Mosimane has been lavishly praised by Egyptian legend Mido for his tactics while being compared to Jurgen Klopp
Read More
THESOUTHAFRICAN.COM

I want to play every minute of every game, says Liverpool star Salah The Egyptian star has insisted he has no problem with this season's condensed fixture list
Read More
GOAL.COM

Man United visit arch-rivals Liverpool at Anfield on Sunday in a mouthwatering top-of-the-table clash this weekend. And Betway are offering new and existing customers a HUGE super boost on Mohamed Salah OR Bruno Fernandes to score anytime at evens! The Egyptian superstar would normally be priced at 17/20 – so at better odds you can […]
Read More
THESUN.CO.UK 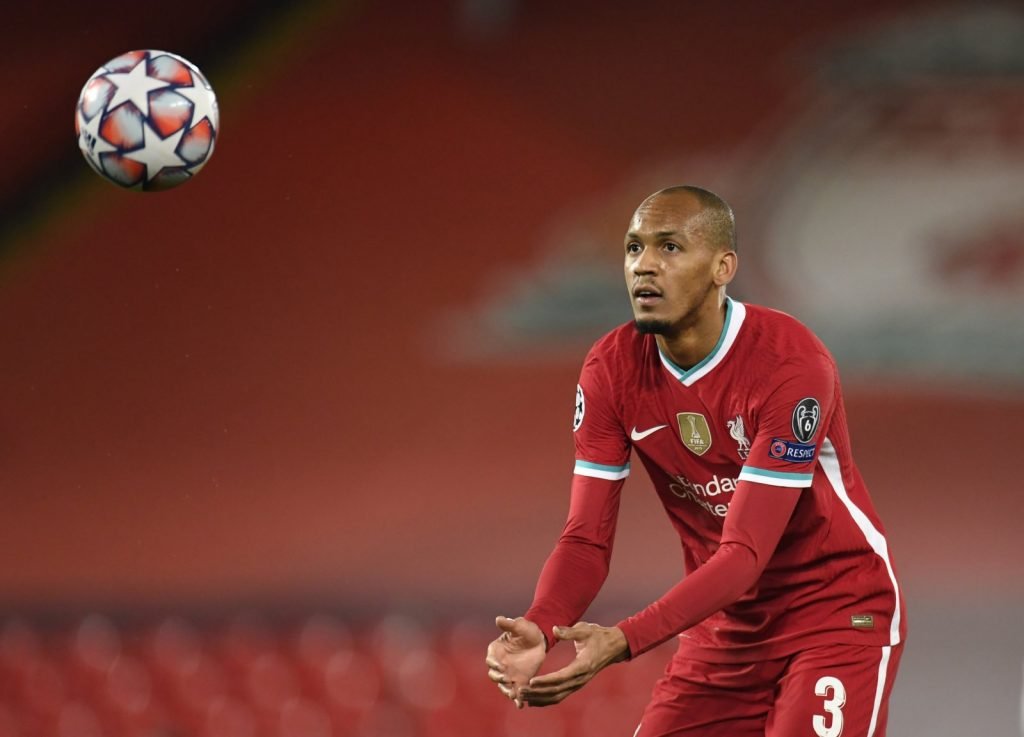 Since joining Liverpool in 2017, Mohamed Salah has become one of the best players in the world and has helped the Reds to return to their title-winning ways with Champions League and Premier League success over the past two seasons. The Egyptian winger caused quite the stir a few weeks ago, however, after his interview […]
Read More
VITALFOOTBALL.CO.UK

Al Ismaily are going through financial and on field hard times that has fans and former players worried about the future of Egypt’s nearly 100 year sporting institution.
Read More
PANAFRICANFOOTBALL.COM

Egypt and Liverpool's talisman Mohamed Salah has ruled out any possibility of leaving the club this season, amid interest from Real Madrid and Barcelona.
Read More
PANAFRICANFOOTBALL.COM

Liverpool star Mohamed Salah recently praised Real Madrid and Barcelona as “top clubs” leading to the Egyptian star being linked with a move to either of the La Liga giants
Read More
DAILYSTAR.CO.UK

'Very demanding with himself': Fabinho names the Liverpool player who wants to be 'the best'

Mohamed Salah's future at Liverpool: Everything said about the Egypt star's decision 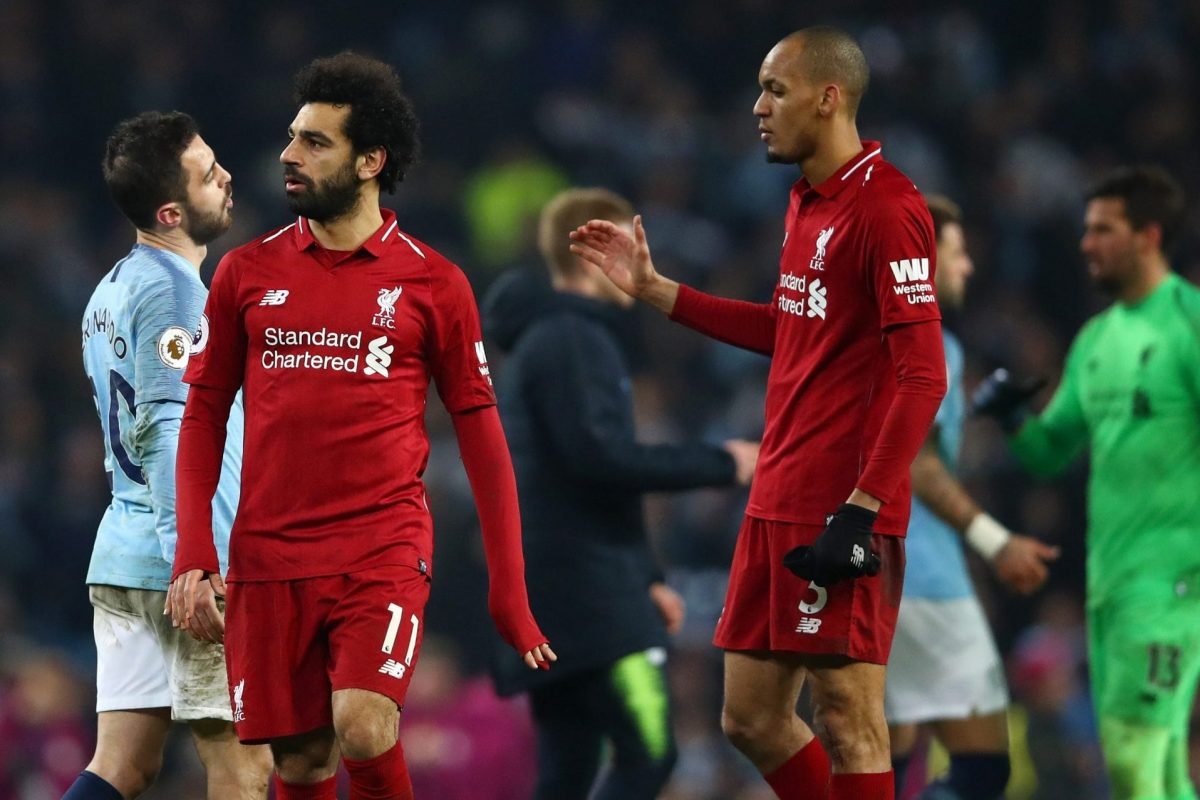 African Champions Al Ahly are racing against time to sort out its costly foreign player quota headache that is haunting the club.
Read More
PANAFRICANFOOTBALL.COM

Report: ‘He wants to be the best’: Liverpool star discusses Salah transfer rumours

'It's normal': Fabinho gives his perspective on £34m teammate's future at Liverpool Liverpool midfielder Fabinho says Mohamed Salah will always be linked with other teams but is confident the Egyptian is happy at Anfield.
Read More
SKYSPORTS.COM

The Egypt international has taken to social media to reveal he has contracted the virus upon his return to training after recovering from injury
Read More
GOAL.COM

Liverpool striker Mohamed Salah has donated oxygen and an ambulance to his home village in the Egyptian region of Gharbia, helping locals treat people suffering with COVID-19 as the country battles a second wave of infections.
Read More
INDEPENDENT.IE