Arsenal confident Sokratis will be fit to play against Bournemouth – ES

Arsenal vs Bournemouth The FA Cup 4th round is set to get underway this weekend. The final 4th round tie will see Arsenal play host to Bournemouth on Monday the 27th of January. Arsenal have won the FA Cup more times than any other side (13), last doing so in 2017 with a 2-1 victory […]
Read More
101GREATGOALS.COM

Report: NUFC lag behind lower-league rival for 6 ft 3 star, as current side warm to discussions

Newcastle United lag behind Blackburn Rovers in a January race to sign Rio Ave’s Croatia U21 international Toni Borevkovic, according to A Bola. The centre-half has emerged as a winter target for a number of English sides after excelling in the Liga NOS this season, with AFC Bournemouth also said to harbour an interest in […]
Read More
VITALFOOTBALL.CO.UK

Arsenal confident Sokratis Papastathopoulos will be fit for Bournemouth clash 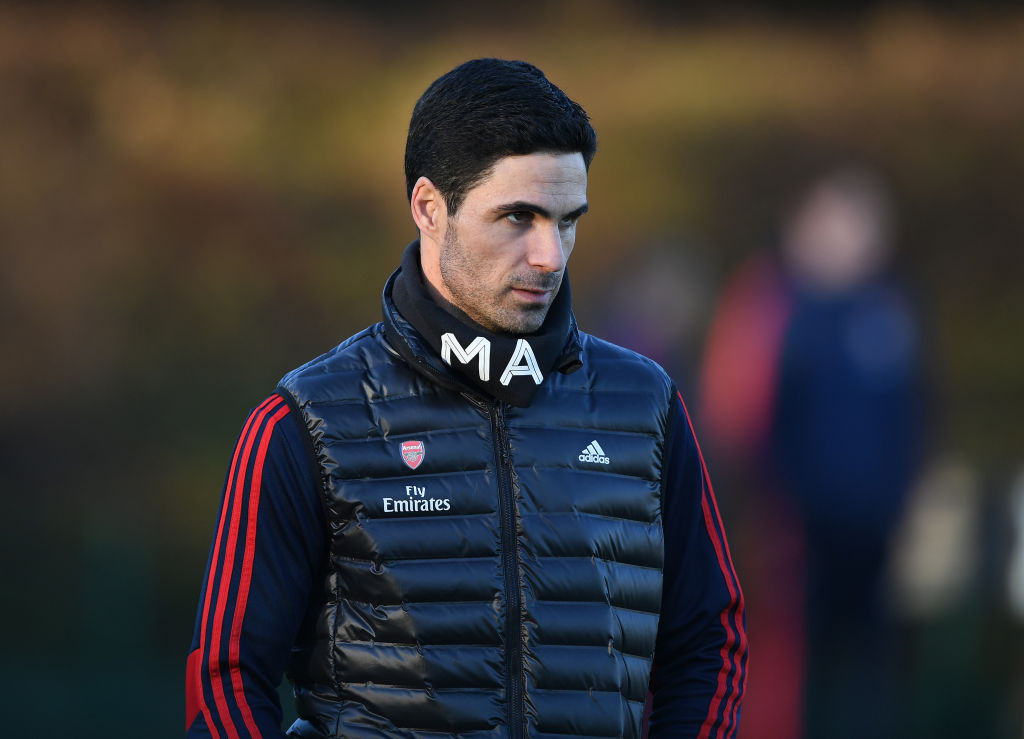 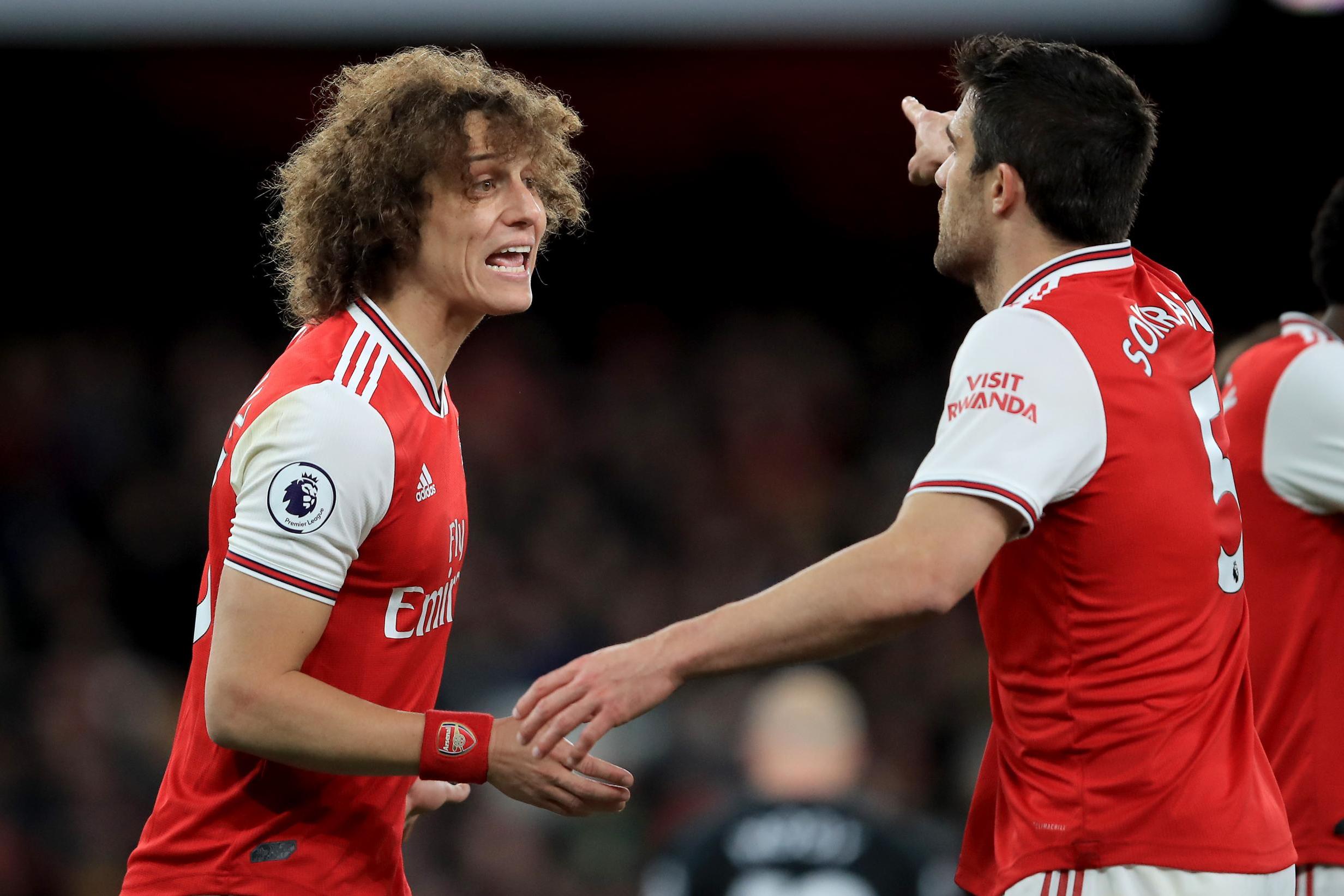 Arsenal are confident Sokratis Papastathopoulos will be fit to play instead of the suspended David Luiz at Bournemouth on Monday.
Read More
STANDARD.CO.UK

AFC Bournemouth winger Ryan Fraser is currently set to leave Dean Court at the end of the 2019/20 Premier League campaign. The Scotland international is out-of-contract during the summer of 2020 and can leave the south coast on a free transfer. AFC Bournemouth have openly admitted that they are keen to see Fraser sign a […]
Read More
VITALFOOTBALL.CO.UK

Bournemouth want Traore to help save them from relegation

Bertrand Traore could be on his way back to the English Premier League this month.
Read More
AFRICANFOOTBALL.COM

The latest news from the Emirates Stadium as the Gunners prepare for the FA Cup fourth round tie against Premier League rivals Bournemouth at the Vitality stadium.
Read More
FOOTBALL.LONDON 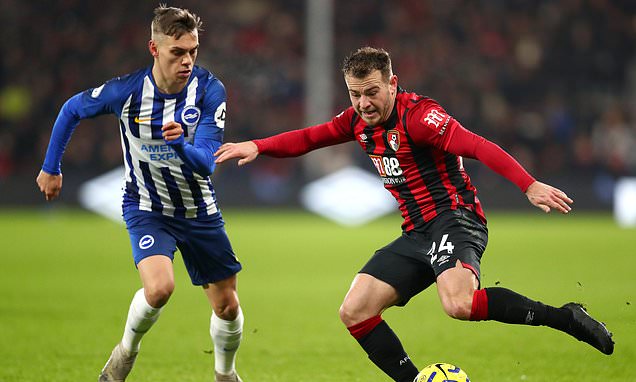 Ryan Fraser enjoyed a breakthrough season during the 2018-19 campaign, scoring eight goals and providing 15 assists, which saw the 25-year-old linked with a move to Liverpool.
Read More
DAILYMAIL.CO.UK

Who is Jack Simpson? Bournemouth defender linked with Derby, Middlesbrough and Stoke City

Derby County transfer news | Rams boss Phillip Cocu is keen on landing a central defender before the end of the transfer window with only nine days left to lure reinforcments to Pride Park.
Read More
DERBYTELEGRAPH.CO.UK

Opinion: The job on David Moyes has on his hands is a much bigger one than first feared

When David Moyes took charge of West Ham in their first game under his second coming as the manager and beat Bournemouth 4-0, not many fans ould have been living in fear of relegation. However, the comings weeks after that game have only left the fans fearing the drop. Now, though, as those weeks have […]
Read More
VITALFOOTBALL.CO.UK

Leicester City, Southampton, Bournemouth and Burnley have all shown an interest in the City midfielder
Read More
BRISTOLPOST.CO.UK

It was only a draw – but was the comeback against Chelsea the sign of a new Arsenal?

AFC Bournemouth manager Eddie Howe told the Daily Echo… “It was important we did that (thanked the crowd), They’ve come every week and watched us and we haven’t performed as we would have wanted to throughout the season. We acknowledge their support. “I think there are a lot of clubs up and down the country […]
Read More
VITALFOOTBALL.CO.UK

Written by Rodmorg That’s something that we have needed for a long time. The long-awaited victory finally came, and to sweeten it, it was against Brighton. The display was far from what we’ve seen recently; the lads gave everything. It was as if a new manager had taken charge. Perhaps Eddie had been reading the […]
Read More
VITALFOOTBALL.CO.UK

Latest Arsenal news takes a closer look at how Mikel Arteta's squad is shaping up ahead of the FA Cup fourth round tie against Eddie Howe's Bournemouth
Read More
FOOTBALL.LONDON

Liverpool's Premier League record attempts: how many could they break this season?

The latest news from around the Emirates Stadium including the fallout from the Chelsea game and looking ahead to the FA Cup fourth round tie away at Bournemouth
Read More
FOOTBALL.LONDON

'Have everything': Joey Barton raves about Liverpool on Twitter, states what he's rarely seen