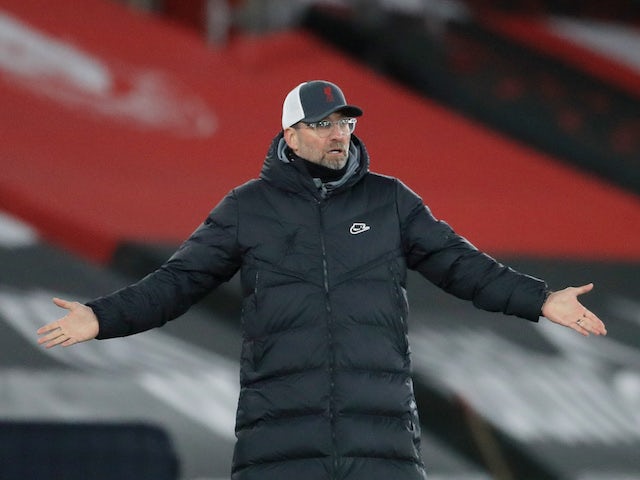 The transfer model created at Anfield has had many notable successes but it is not built on always spending large sums on players.
Read More
SPORTSMOLE.CO.UK

Manchester United legend Mark Hughes believes his old club will be too strong for Liverpool when the fierce rivals meet in the FA Cup this weekend. The Premier League champions will go to Old Trafford on Sunday with plenty to prove, following a dreadful run of five league games without a win, culminating in their […]
Read More
TALKSPORT.COM

Liverpool have gone 87 shots without finding the back of the net in the Premier League, the longest run in the entire division
Read More
LEEDS-LIVE.CO.UK

Jurgen Klopp: I don’t have authority to sign players at Liverpool

Liverpool manager Jurgen Klopp admits the authority to sign players in the transfer window rests not with him but with the people who hold the purse strings.
Read More
BELFASTTELEGRAPH.CO.UK 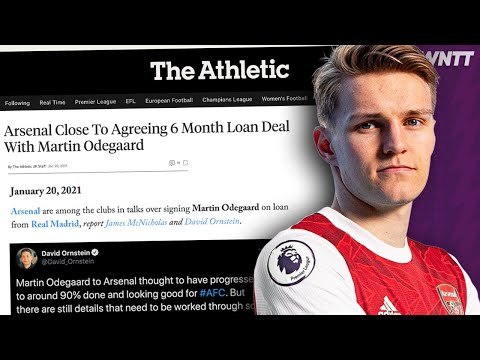 Ibe left Liverpool to join Bournemouth in a £15million deal in 2016, but has since moved on to Derby where he has so far made just one appearance
Read More
MIRROR.CO.UK 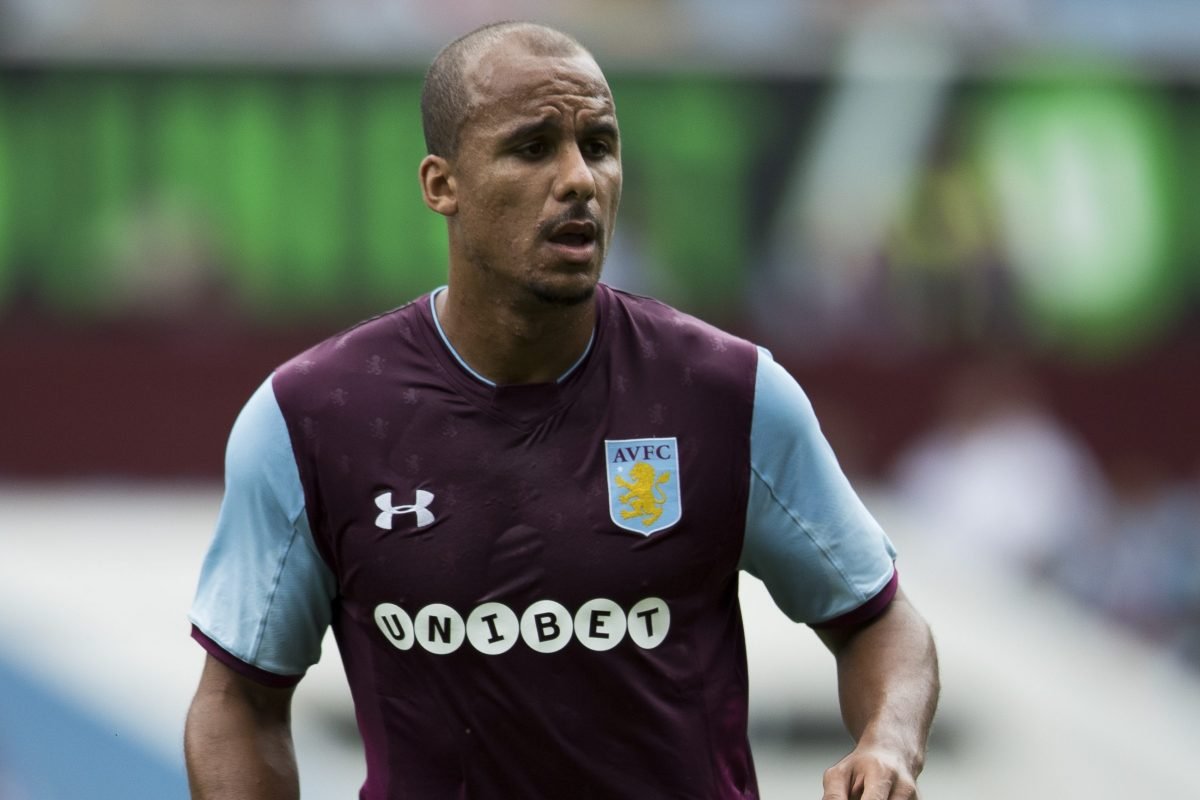 Aston Villa loaned out Dominic Revan to Vanarama National League side Weymouth for the rest of the season and sent Callum Rowe to Hereford United of the National League North until the end of the campaign. The defensive pair rose to prominence after impressing in the FA Cup defeat to Liverpool this month and Gabby […]
Read More
READASTONVILLA.COM

“The best of a bad bunch”: Player Analysis of Liverpool’s £108m forward vs Burnley 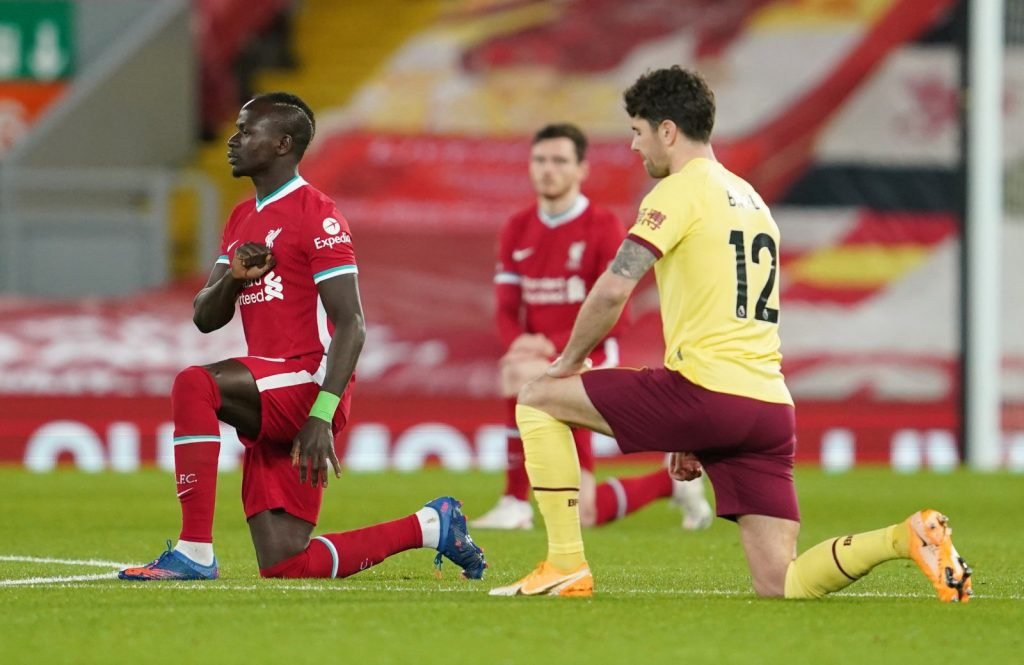 Last night saw Liverpool lose their 68-game unbeaten run at Anfield after a 1-0 loss to Burnley, leaving Liverpool still in fourth spot and 6 points off of league leaders Manchester United. It was a frustrating game to watch with Liverpool seriously lacking confidence in front of goal with Liverpool’s front line now failing to […]
Read More
VITALFOOTBALL.CO.UK

Liverpool will ´go again´: Klopp plans to change how he gets message through to misfiring Reds

Klopp on transfers: 'I cannot spend the money' 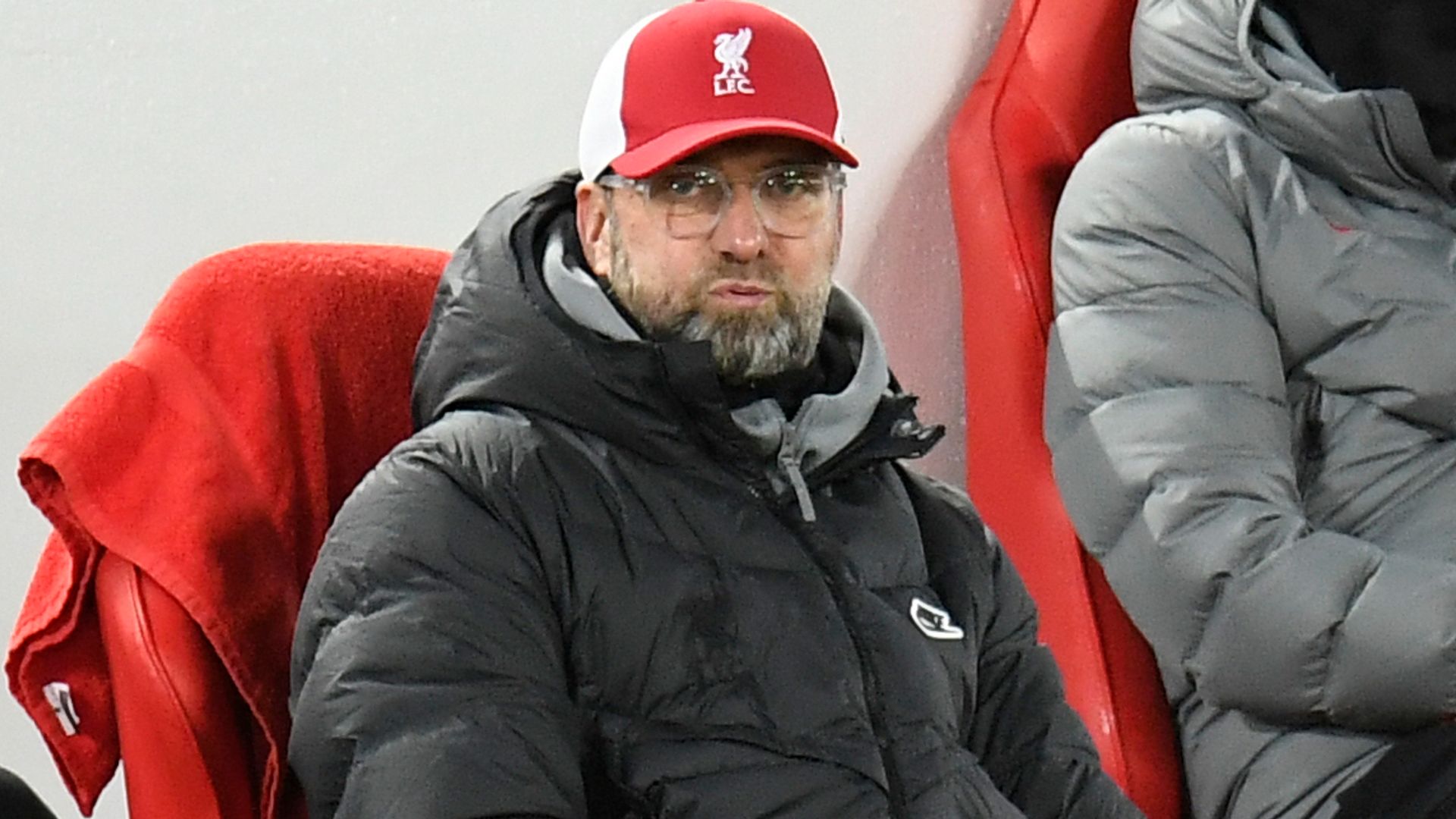 Jurgen Klopp says he discusses Liverpool transfer targets on a daily basis but he "cannot spend the money" as he hints at frustration over the club not strengthening his squad.
Read More
SKYSPORTS.COM

Liverpool were stunned by Burnley at Anfield and an angry Alisson was restrained by Jurgen Klopp as he voiced his displeasure to referee Mike Dean after the full-time whistle
Read More
MIRROR.CO.UK

A look at the team that should start for Liverpool against Manchester United in the FA Cup fourth round at Old Trafford on Sunday.
Read More
90MIN.COM Man Utd shared the spoils with Liverpool as they draw 0-0 at Anfield last weekend but Ole Gunnar Solskjaer has rejected the idea his side played too defensively
Read More
MIRROR.CO.UK Liverpool’s shock Anfield defeat to Burnley may have given extra incentive to their title rivals, but Paul Merson believes there is still life in the champions’ title defence yet – and an opportunity to prove their greatness...
Read More
SKYSPORTS.COM

The Real Madrid playmaker is said to be closing in on a move to Arsenal, but he has a connection with Liverpool
Read More
LIVERPOOLECHO.CO.UK

Liverpool to prioritise Van Dijk deal over Salah, as Rice emerges as option The Reds boss says he "does not make the decisions" when it comes to strengthening his squad, despite calls for a new centre-back at Anfield
Read More
GOAL.COM

Video: “We go again” – Jurgen Klopp reflects on Liverpool defeat and looks ahead to Man United Liverpool star Gini Wijnaldum says losing to Burnley was 'tough' but the Reds have not lost confidence in their abilities
Read More
LIVERPOOLECHO.CO.UK

The big talking points ahead of the FA Cup fourth round

Manchester United host Liverpool, while the likes of Luton and Cheltenham will be looking to cause upsets against Premier League giants.
Read More
SPORTSMOLE.CO.UK

Jürgen Klopp plans to provide his players with the information and support they need as Liverpool strive to emerge from a below-par run of results.
Read More
LIVERPOOLFC.COM

Jurgen Klopp has vowed to pick a full-strength Liverpool team to face Manchester United in the FA Cup on Sunday as looks to cajole his side back into winning ways.
Read More
DAILYMAIL.CO.UK

The starting lineup that should play for Manchester United against Liverpool in the FA Cup fourth round at Old Trafford on Sunday.
Read More
90MIN.COM Liverpool boss Jurgen Klopp has reminded supporters that he is not the person who is in control of incoming transfers with Virgil van Dijk and Joe Gomez still sidelined
Read More
DAILYSTAR.CO.UK

Liverpool ‘underdogs’ to thrive now ‘pressure is off’…

Man Utd have a six-point lead over Liverpool after the champions were beaten by Burnley.
Read More
MANCHESTEREVENINGNEWS.CO.UK

Liverpool fumbling to find their place in new disorder Many Liverpool fans were heavily critical of midfielder Alex Oxlade-Chamberlain during their side’s 1-0 defeat to Burnley on Thursday night. The scrutiny of the 27-year-old began with The Athletic journalist James Pearce, who was seriously concerned about his recent form, describing him as a “passenger.” Per Sofascore, the former [...]
Read More
FOOTBALLTRANSFERTAVERN.COM

'I was pleased...' - Ancelotti reacts to Liverpool's defeat at the hands of Burnley 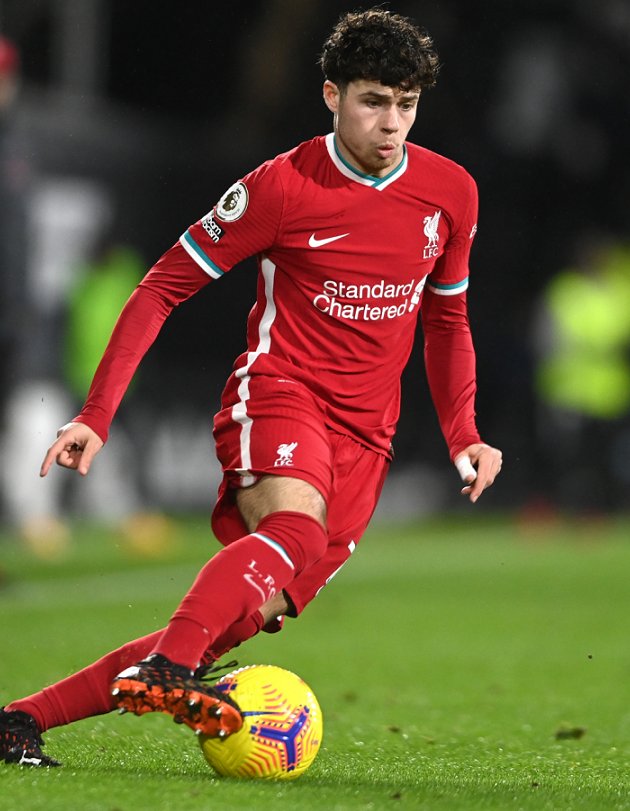 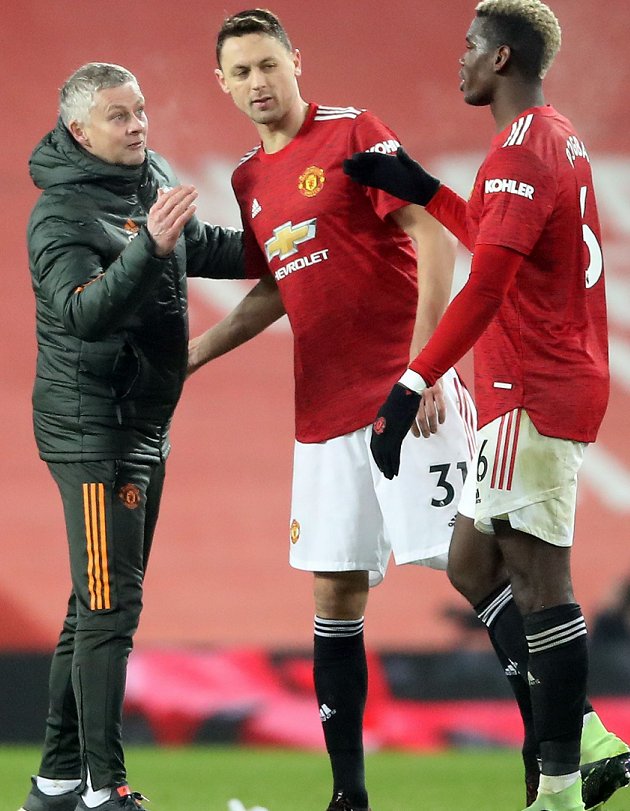 Manchester City star Kevin De Bruyne could be out with injury for four to six weeks and may miss Liverpool clash
Read More
LIVERPOOLECHO.CO.UK

Klopp admits he has made transfer recommendations during 'daily discussions'

Sports quiz of the week: fighters, heroes and a concerned politician Kevin De Bruyne could be out for six weeks due to a hamstring injury which will see him miss games against Liverpool, Tottenham, Arsenal and Borussia Monchengladbach
Read More
MIRROR.CO.UK