Keith Stroud will be in the middle for Leeds' trip to the Liberty Stadium
Read More
LEEDS-LIVE.CO.UK

What latest results mean for Cardiff and Swansea's play-off hopes

Here's the full state of play in the race for promotion after another dramatic day of action in the Championship
Read More
WALESONLINE.CO.UK

Match Preview: Swansea v Leeds. An away trip to Wales, will it go better than last time?

Quiz: Do you know what shirt number each of these 14 Swansea City players wear?

Swansea City have some household names within their ranks, but they’ve also got a high number of youngsters knocking on the door of the first-team squad.  Some have featured this season and others haven’t, with the squad adapting well to a second season in the Championship and flirting with the play-offs. How much do you […]
Read More
FOOTBALLLEAGUEWORLD.CO.UK

Leeds United take on Swansea City at the Liberty Stadium in the Championship on Sunday, but what will the score be? We used FIFA 20 to get a score prediction
Read More
LEEDS-LIVE.CO.UK

Charlton Athletic manager Lee Bowyer is being strongly linked to the vacant Birmingham City job. Blues manager Pep Clotet walked out on the club after their 3-1 defeat to Swansea City in midweek. The Spaniard leaves having won just 13 of his 47 games in charge, with his departure having been pre-planned for the end […]
Read More
FOOTBALLLEAGUEWORLD.CO.UK

Marcelo Bielsa's men return to Elland Road on Thursday night for a test against the Potters
Read More
LEEDS-LIVE.CO.UK

Leeds warned about 'hugely influential' Brewster ahead of Swansea clash

David Prutton has discussed Swansea's in-form striker ahead of their Championship clash with Leeds this weekend
Read More
WALESONLINE.CO.UK

Over 2.5 goals at Swansea City vs Leeds United 10/11 for Sunday’s Championship showdown

Neil Warnock backs Leeds to return to the Premier League

The Whites can take a step closer to a return to the top division with a win over Swansea City.
Read More
LEEDS-LIVE.CO.UK

Swansea's vital resurgence and the Leeds challenge lying in wait

Swansea City have no fresh injury concerns ahead of this Sunday’s meeting with Leeds United in the Sky Bet Championship, with Steve Cooper revealing the side are in a position to welcome back Jordan Garrick after suspension. Garrick, 21, was dismissed in the closing stages of Swansea’s defeat to Luton Town last month, but has […]
Read More
FOOTBALLLEAGUEWORLD.CO.UK

The latest injury news from the Liberty Stadium ahead of the weekend's crucial clash against Leeds.
Read More
LEEDS-LIVE.CO.UK

Birmingham City are preparing for their vital Championship clash with Swansea City with Steve Spooner and Craig Gardner in charge of the first team
Read More
BIRMINGHAMMAIL.CO.UK

The 24-year-old Scotland international was banned from the roads after being caught near his home in his high-powered Audi. A court heard he was 'genuinely sorry'
Read More
WALESONLINE.CO.UK

Leeds will be hoping to move even closer to promotion in south Wales this weekend
Read More
LEEDS-LIVE.CO.UK

Luton Hit In The Pocket After Liberty Stadium Melee

Following the 1-0 win, against Swansea City, both clubs were charged with failing to conduct themselves properly. The charge arose after a melee, in the 83rd minute, saw both teams involved in an ugly confrontation that ended in the Swansea player, Jordon Garrick, being shown a red card for the worst example of a girly-slap […]
Read More
VITALFOOTBALL.CO.UK 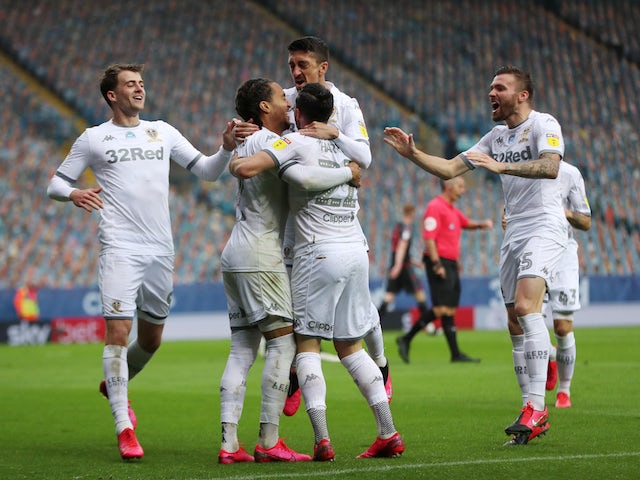 Leeds United will be looking to move one step closer towards Premier League football this weekend, as they prepare to take on Swansea City in South Wales on Sunday afternoon. The Whites are starting to find their groove at such an important stage of the season, defeating Stoke City by five goals to nil in […]
Read More
FOOTBALLLEAGUEWORLD.CO.UK

Both clubs have been fined £5,000
Read More
WALESONLINE.CO.UK

It's looking like a two into one top six battle between the Bluebirds and Swans
Read More
WALESONLINE.CO.UK Kalidou Koulibaly has long been linked with a move away from the club, with Manchester City ...
Read More
DAILYMAIL.CO.UK

The Arsenal legend was far from impressed with Chelsea's defending.
Read More
METRO.CO.UK

Milan Skriniar has attracted interest from around Europa with Man Utd and Man City both ...
Read More
MIRROR.CO.UK
The Cricket Blog