Mikel Arteta says Reiss Nelson has overcome a "confused" period at Arsenal and can be as good as he wants, with the help of "a little bit of a stick".
Read More
SKYSPORTS.COM

The latest transfer news on Layvin Kurzawa, with Arsenal in talks with PSG for the France international left-back as the Gunners step up their search for January reinforcements
Read More
FOOTBALL.LONDON 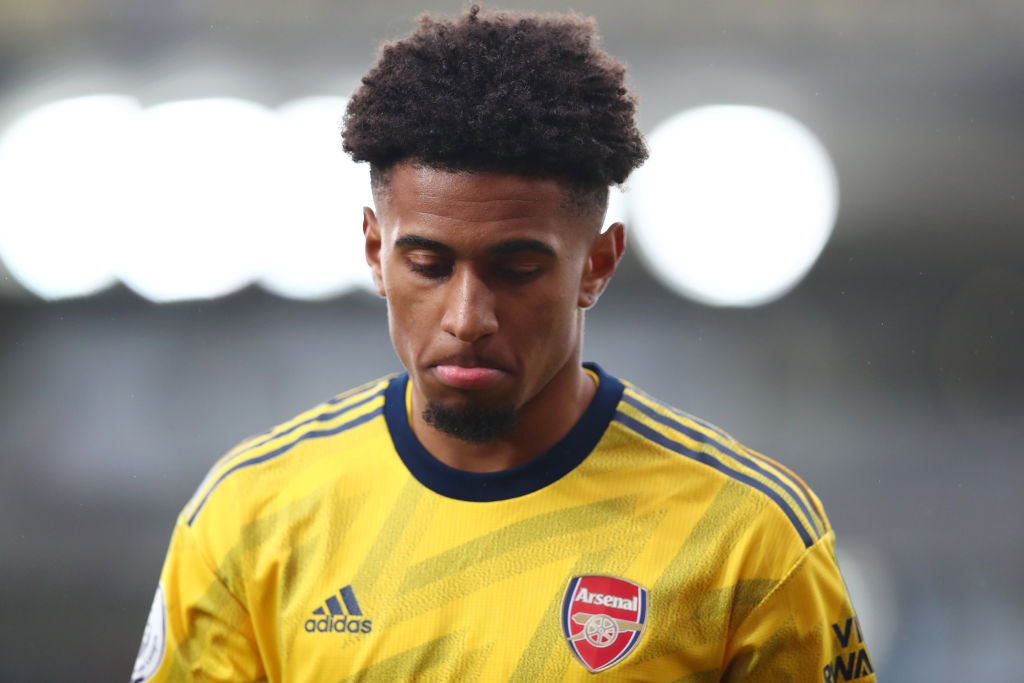 Can he step up in Aubameyang's absence?
Read More
METRO.CO.UK The 20-year-old has been tipped to go far under the Spaniard's management, after his role in helping the Manchester City star fulfil his potential
Read More
GOAL.COM

MIKEL ARTETA is set to wield a big stick to keep Reiss Nelson on his toes. The new Arsenal boss has monitored Nelson’s progress since he helped train Arsene Wenger’s youth team during his final season as a player. And he is making it clear to the winger that he will crack down if any […]
Read More
THESUN.CO.UK

The Gunners head coach has discussed what Arsenal's frontline should aim for in Pierre-Emerick Aubameyang's absence
Read More
FOOTBALL.LONDON 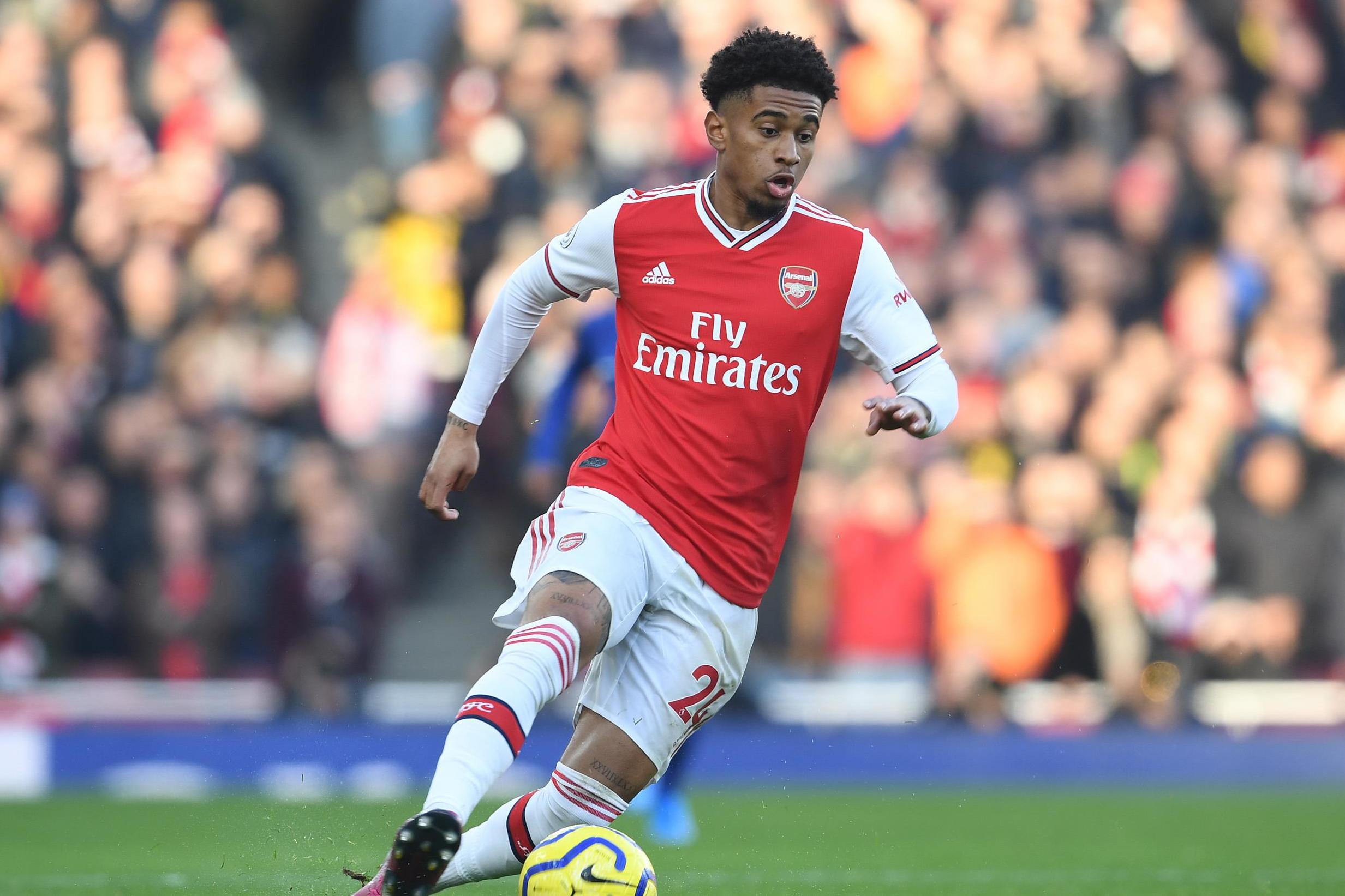 Arsenal head coach Mikel Arteta has told Reiss Nelson he has "the potential to do whatever he wants" after helping Raheem Sterling reach the top.
Read More
STANDARD.CO.UK

The latest transfer news and rumours as clubs across Europe attempt to make a January window splash, with rumours from Arsenal, Tottenham and Manchester United.
Read More
FOOTBALL.LONDON 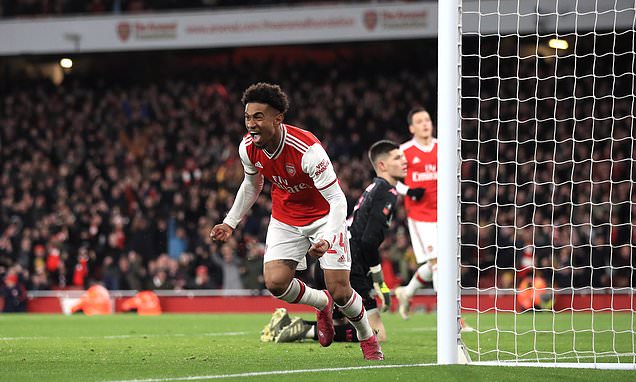 Reiss Nelson has put himself in contention to fill Arsenal's left-wing void following Pierre-Emerick Aubameyang's suspension by proving to Mikel Arteta how much he 'really wants it.'
Read More
DAILYMAIL.CO.UK

Mikel Arteta has told Reiss Nelson he can be as good as he wants – as long as he continues to impress the Arsenal head coach with his new attitude and approach.
Read More
BELFASTTELEGRAPH.CO.UK

The Gunners will need to fill the void left by Pierre-Emerick Aubameyang's ban and with Reiss Nelson as a possible replacement, Mikel Arteta has encouraged him to push on nicely
Read More
FOOTBALL.LONDON

It has been an eventful start for life at Arsenal for Nicolas Pepe.
Read More
SKYSPORTS.COM

Arsenal are interested in RB Leipzig defender Dayot Upamecano, but Mikel Arteta's side may wait until after the January transfer window to make a move for the Frenchman
Read More
FOOTBALL.LONDON

A round-up the day's latest Arsenal transfer news ahead of their weekend clash with Sheffield United in the Premier League.
Read More
FOOTBALL.LONDON

Arsenal have been heavily linked with the Frenchman since the summer as Mikel Arteta looks to add to his defensive options at the Emirates Stadium.
Read More
FOOTBALL.LONDON

Arsenal could sign Layvin Kurzawa for as little as £6million from Paris Saint-Germain this month, according to reports in France. The Gunners have reportedly been in talks with the 27-year-old’s agent Kia Joorabchian, who is trying to get a deal dome between the two clubs this month. Kurzawa is out of contract at the end […]
Read More
GUNNERSPHERE.COM

The Bournemouth defender has been linked with January moves to Chelsea, Arsenal and Tottenham after impressing at Bournemouth since leaving Stamford Bridge.
Read More
FOOTBALL.LONDON

ARSENAL are targeting a new name as Mikel Arteta looks to improve the Gunners’ defence. Getafe centre-back Djene has been mentioned, while PSG left-back Layvin Kurzawa is reportedly in advanced talks. Follow all the latest Arsenal transfer gossip and updates below…
Read More
THESUN.CO.UK

THE Christmas period is over and Premier League players are limping towards their first ever winter break. But the fixtures continue to come thick and fast in a crucial period of the season, with another full set of top-flight games set for this weekend. If you fancy a flutter, we’ve got selections for you from […]
Read More
THESUN.CO.UK

This is our match preview ahead of Arsenal's Premier League clash with Sheffield United including team news, line-ups and prediction
Read More
FOOTBALL-TALK.CO.UK The England international has been linked with following Mikel Arteta to the Emirates Stadium, but his current boss isn't concerned
Read More
GOAL.COM