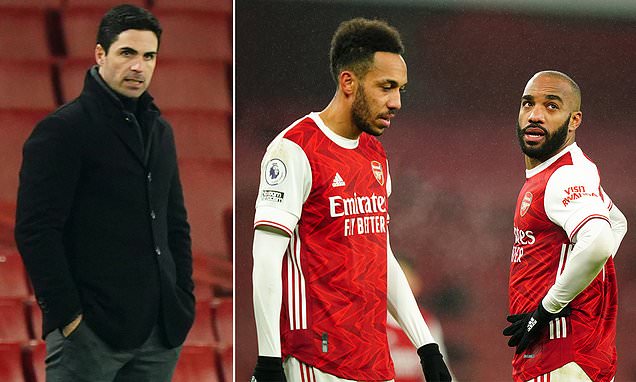 The Gabonese striker has struck only three Premier League goals this season, a stunning dip in form after he was awarded a massive new contract when he scored 55 times in 85 matches from signing in January 2018 and lifting the FA Cup last season.
Read More
DAILYMAIL.CO.UK 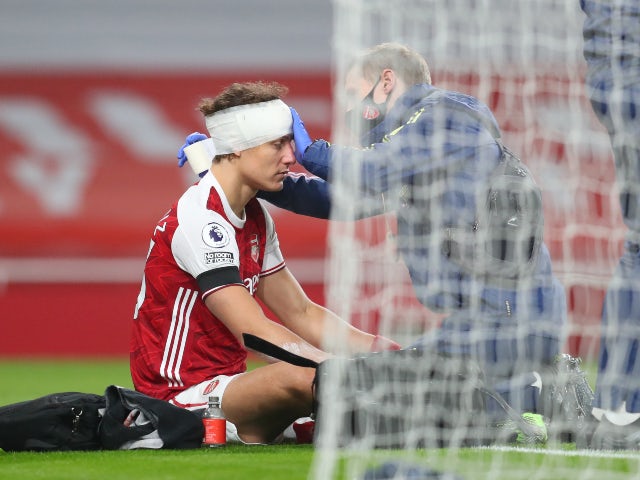 The defender says he can see signs of maturity in the squad.
Read More
SPORTSMOLE.CO.UK

The Brazilian defender says that the recent FA Cup showing was proof that Mikel Arteta's men are getting better at their game management
Read More
IRISHMIRROR.IE

Gunners linksThe name of Barca no.2 Neto has taken centre stage in the media over the last week.This comes with the Brazilian having been named as a target for one of the Premier League’s giants.The outfit in question? Arsenal.Calls have mounted for the Gunners to replenish their options between the posts of late, on the […]
Read More
101GREATGOALS.COM

The Gunners boss has been speaking to the press ahead of Arsenal's game against Newcastle on Monday, with Pierre-Emerick Aubameyang and the young players among the topics discussed
Read More
FOOTBALL.LONDON

David Luiz believes Arsenal have started to show they are maturing as a side by winning games such as their FA Cup third round tie with Newcastle last weekend.
Read More
BELFASTTELEGRAPH.CO.UK

MESUT OZIL will say goodbye to his Arsenal team-mates today ahead of a free transfer to Fenerbahce. The midfielder has reached an agreement with Emirates chiefs to terminate his contract — due to expire this summer — after waiving a chunk of his remaining £7million salary. German World Cup winner Ozil is desperate to play […[...]
Read More
THESUN.CO.UK

COMMENT: Mesut Ozil leaves Arsenal with a sense of regret... we ought to be sorry to lose him 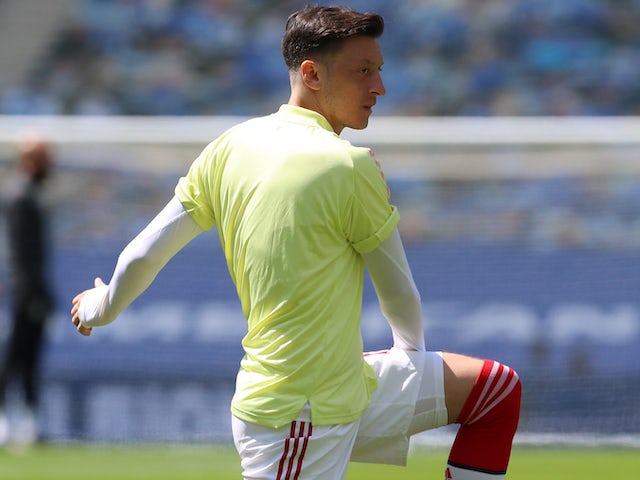 Arsenal attacker Mesut Ozil will reportedly say goodbye to his teammates on Sunday ahead of a move to Fenerbahce.
Read More
SPORTSMOLE.CO.UK

What we learned from the latest NUFC training pictures

Newcastle United travel to North London on Monday evening to take on Arsenal at the Emirates Stadium
Read More
CHRONICLELIVE.CO.UK

Arsenal have been linked with two Barcelona players but it seems exits from Camp Nou this month could be limited after a key announcement from the Catalan club
Read More
FOOTBALL.LONDON

Mesut Ozil at Arsenal: A Tribute to Greatness

The German playmaker looks closer than ever before to finally ending his Gunners exile and bringing eight years in North London to a close
Read More
MIRROR.CO.UK

The midfielder is understood to have reached an agreement with Arsenal over the terms of terminating his £350,000-a-week contract by mutual consent.
Read More
DAILYMAIL.CO.UK 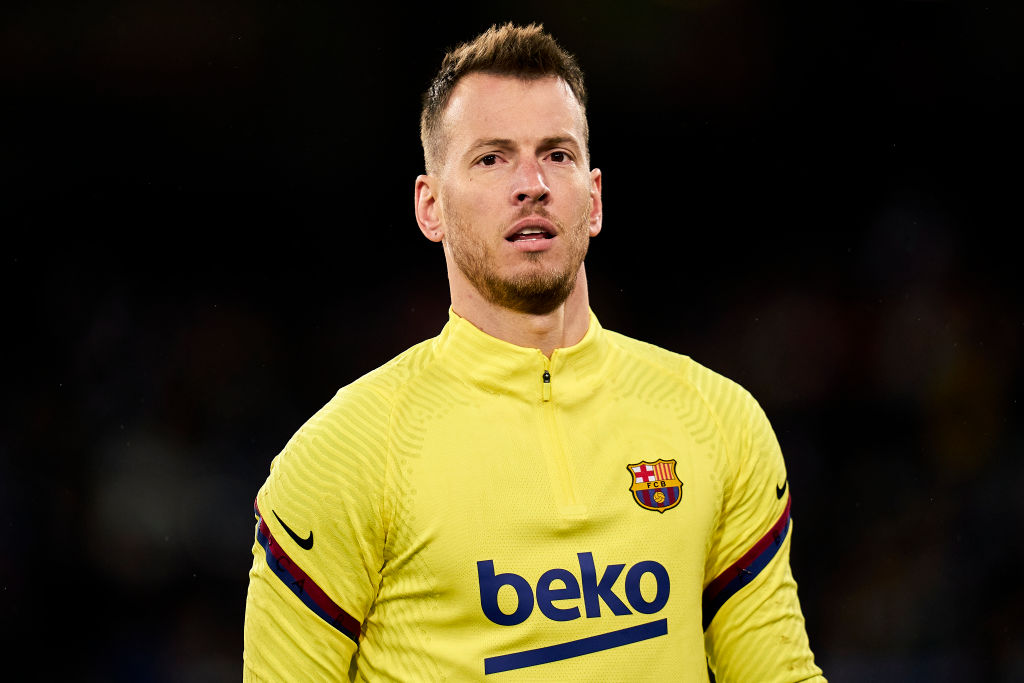 With Mesut Ozil's Arsenal contract soon to be terminated, we take a look back at the German's best moments in a Gunners shirt since his arrival in 2013
Read More
90MIN.COM

EXCLUSIVE: The BBC will not probe Match of the Day host Gary Lineker after an apparent breach of the company's impartiality rules before Arsenal vs Newcastle last week
Read More
DAILYSTAR.CO.UK The former Arsenal winger, who is now at Southampton, has been reflecting on his time in north London and facing a Barcelona legend
Read More
GOAL.COM 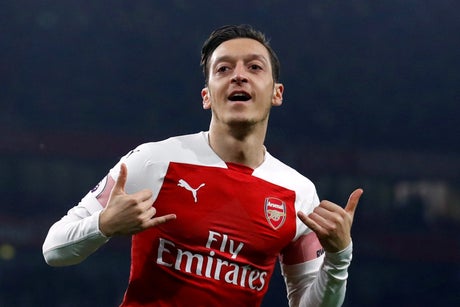 Ghanaian midfielder Thomas Partey could be back in contention to feature for Arsenal on Monday against Newcastle, but who should the Gunners boss play alongside him?
Read More
FOOTBALL.LONDON The former Gunners defender is disappointed to see a World Cup winner being edged out of the back door at Emirates Stadium
Read More
GOAL.COM

Report: Bayern Munich could use a Corentin Tolssio transfer to help leverage a move for Florian Neuhaus 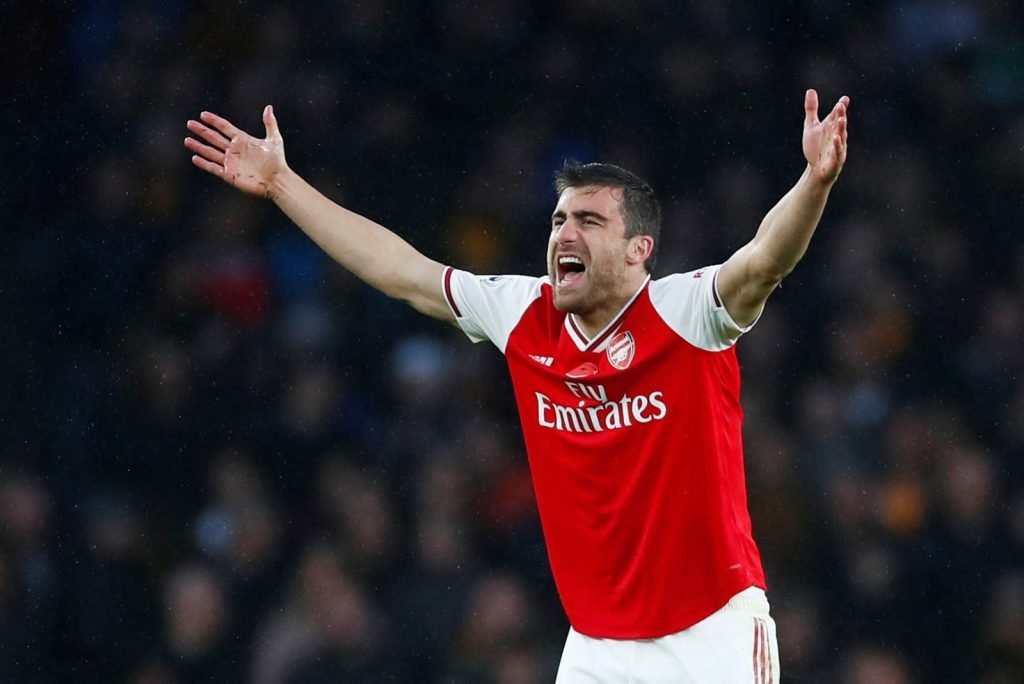 Sky Sports journalist Dharmesh Sheth spent some time talking about the possibility of Liverpool signing Arsenal centre-back Sokratis Papastathopoulos during the latest edition of the Sky Sports Transfer Talk podcast. This comes after transfer expert Fabrizio Romano claimed that the Merseyside club have been offered the chance to sign the 32-year-ol[...]
Read More
THISISFUTBOL.COM 'I find it really sad': Martin Keown reacts to rumour coming out of Arsenal

The Bluebirds had put together a makeshift defence for the clash with Norwich City as Neil Harris revealed Jordi Osei-Tutu will be out for a period
Read More
WALESONLINE.CO.UK

The January transfer window will remain open for another fortnight as Arsenal look to address Mikel Arteta's first-team squad for the second half of the season
Read More
FOOTBALL.LONDON

Mesut Ozil is set to leave Arsenal this month to join Fenerbahce and Gunners legend Martin Keown believes the nature of the midfielder's departure is "really sad"
Read More
DAILYSTAR.CO.UK

Report: £22.5m man in advanced talks with English side after Arsenal and West Ham links