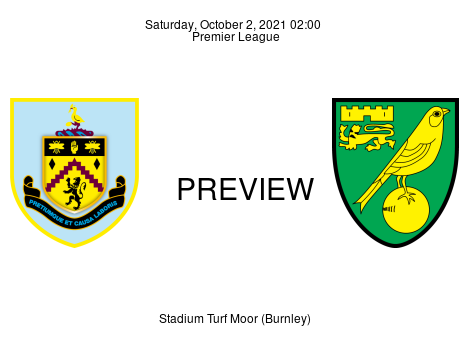 Preview The Foxes held Burnley to a 2-2 draw in last Saturday's four-goal thriller at the King Power Stadium. An own goal from Jamie Vardy (12' O.G.) gave Burnley the lead after the striker inadvertently headed the ball past Kasper Schmeichel from close range, off Westwood's corner. Minutes later, the tricky fox atoned for the error after he got on the end of Tielemans' curling pass around a wall of two. A typical Jamie Vardy (37') finish, complemented with a word or two to silence the visiting crowd. Three minutes later, an unmarked Maxwel Cornet (40') responded with a remarkable volley to restore the lead for the visitors. But Vardy (85') would have the last word, timing his run to beat the offside trap and a wall of four before rounding the keeper for the brace. Burnley thought they had left it late before the flag denied them the win. Burnley are still without a win in their last five games and this season, LDLLD. The club is only two points ahead of the opposition, sitting in 19th place after 0W, 2D, and 4L. And the numbers are clear for all to see. Burnley have an average of less than 1 goal per game, 0.83 gpg, after a haul of 5 goals in six Premier League appearances. The club remains the third-highest conceding side in the league with 11 goals conceded, an average of 1.83 gcpg. Sean Dyche, who only recently signed a contract extension, will be celebrating 9 years in charge of the Clarets on Saturday and will try to keep a lid on things with a win over the Canaries. I believe in making your own luck, he said in the presser ahead of Saturday's game. We’re not sitting here waiting for a win, he added. For this game, a 4—4—2 with Vydra and Wood in attack is expected. Connor Roberts remains in doubt with a groin injury. Cornet could be back in the starting line-up on Saturday despite picking up an injury in the match against Leicester last weekend.

Preview Norwich suffered yet another disappointing defeat last weekend at Goodison Park. Everton's Andros Townsend (29' P.) gave the Toffees the lead before the break from the penalty spot after the VAR's intervention. Midway through the second-half, Abdoulaye Doucoure (77') got Everton's second and condemned Norwich to a 2-0 defeat. The fifth in as many games this season: LLLLL. The Canaries have lost all fixtures since the start of the season and remain at the bottom of the table. Despite spirited efforts from Teemu Pukki, Norwich lacks the required quality to produce anything noteworthy in the final-third. The club remains the highest conceding side in the league with 16 goals, and have a G.D. of -14, having scored only twice, both from Pukki. Daniel Farke's probable 4—4—2 formation could see Pukki and Sargent in attack on Saturday. Meanwhile, Rocky Bushiri remains in doubt for this fixture.