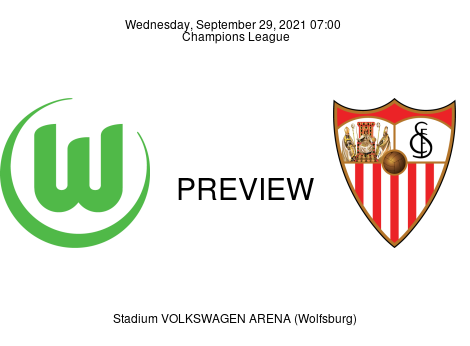 Preview Wolfsburg’s UEFA Champions League trip to the Stade Pierre-Mauroy ended in a goalless draw against Lille OSC. It was a game of limited opportunities for the Wolves, which saw them leave Lille without a shot on target throughout the length of the game, despite having 46% of the ball and making 433 delicate passes. Over the weekend, Wolfsburg lost to Hoffenheim, 3-1, leaving the German side with their first defeat in five games across all competitions: DWDDL. Following two draws in Group G, Wolfsburg have a point along with every other team in the group. On Wednesday, Mark van Bommel will be in the run for a victory to separate his side from the others in the group. A 4—2—3—1 formation with Wout Weghorst leading the attack ahead of the midfield-trio is anticipated. Wolfsburg's last encounter against a Spanish side was also their last in the tournament before their return, a 3-0 defeat to Real Madrid in the 2015/16 quarter-final second leg, which saw them succumb to a 3-2 aggregate defeat. On availability, left-back Paulo Otávio remains ruled out for this fixture, having suffered an ankle injury alongside Xaver Schlager. Bartosz Bialek will also be unavailable for this fixture. VfL Wolfsburg will take on RB Salzburg on UEFA Champions League Matchday 3, Oct. 20, at the Red Bull Arena.

Preview Sevilla will return for this UEFA Champions League fixture after the 2-0 win over Espanyol de Barcelona at the weekend. Currently sitting in 3rd place in the La Liga table, the club remains unbeaten in five games across all competitions: DDDWW. On Matchday 1, Sevilla picked up a 1-1 draw against RB Salzburg, leaving them with a point in Group G after 0W, 1D & 0L. Julen Lopetegui will aim for nothing less than three points on Wednesday when he lines up the familiar 4—3—3 formation with the trio consisting of Youssef En-Nseyri, Oscar Rodriguez, and Suso. Erik Lamela is expected to make an off-the-bench appearance for Rodri on the left, while Suso is also expected to make an exit, possibly for Rafa Mir on the right, before the end of the game. On UEFA Champions League Matchday 3, Sevilla will visit the Stade Pierre-Mauroy to take on Lille OSC for another Group G encounter.