BOURNEMOUTH’S FA Cup clash with Crawley on Saturday is OFF, SunSport understands. The fourth-round tie will be switched to Tuesday following a Covid outbreak in the visitors’ camp. A total of 11 Red Devils players have tested positive for coronavirus. The League Two club’s boss John Yems said yesterday he wanted to play the tie [&[...]
Read More
THESUN.CO.UK After defeating AFC Bournemouth by a goal to nil in a vital win last night, Derby County will be hoping to kick on under Wayne Rooney. It has been a troubling few weeks for the club, with players not being paid and their ownership up in the air. The Rams are yet to make a […]
Read More
FOOTBALLLEAGUEWORLD.CO.UK Burnley a plotting a move for Joshua King during the January transfer window, according to Football Insider. The Bournemouth frontman is seemingly facing an uncertain future at the club with his contract situation looking likely to result in a move away. King is out of contract at the end of the season and with no […]
Read More
FOOTBALLLEAGUEWORLD.CO.UK

Wayne Rooney, Derby County's takeover and the truths that Rams fans must face

New boss is committed and got his first win as permanent boss on Tuesday night with victory over Bournemouth but the situation at Pride Park needs resolution for the club to move forwards under Rooney's stewardship
Read More
MIRROR.CO.UK 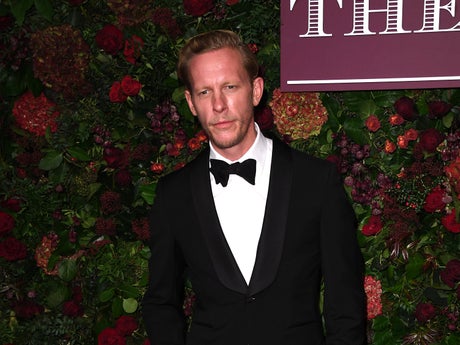 Jones praises Luton's back-line as they secure an eighth shut-out of the season
Read More
LUTONTODAY.CO.UK

Pundit makes Norwich City prediction that will be of interest to Swansea City, Bournemouth and Watford fans Andy Hinchcliffe has credited Norwich City’s individual talent as the key reason for their stunning form this season. After suffering relegation from the Premier League last term there were question marks over how well the team would adapt to life back in the second tier. But on current form there didn’t need to be any […]
Read More
FOOTBALLLEAGUEWORLD.CO.UK It was a good night for Derby County on Tuesday, as they beat promotion chasing Bournemouth 1-0 at Pride Park. Krystian Bielik’s strike just past the half hour mark was enough to secure all three point for the Rams, and hand Wayne Rooney his first win since being appointed manager on a permanent basis. That […]
Read More
FOOTBALLLEAGUEWORLD.CO.UK

JACK WILSHERE made his Bournemouth debut during the 1-0 defeat to Derby on Tuesday. The 29-year-old struggled to make his mark after he was introduced in the 78th minute. Ex-Arsenal star Wilshere joined the Cherries on a free transfer in a bid to reignite his career. Just one day after the move was confirmed, he […]
Read More
THESUN.CO.UK Cardiff City have been extremely busy in the opening few weeks of the transfer window, with Neil Harris making moves for several players of late in order to bolster his existing squad.  Max Watters has joined from Crawley Town, whilst the club have also completed the signing of Crewe’s Perry Ng with Bournemouth’s Jack Simpson [&hel[...]
Read More
FOOTBALLLEAGUEWORLD.CO.UK

Your latest headlines from Pride Park where there have been more twists and turns over the club's sale as the Rams secured a brilliant win over promotion-chasing Bournemouth
Read More
DERBYTELEGRAPH.CO.UK 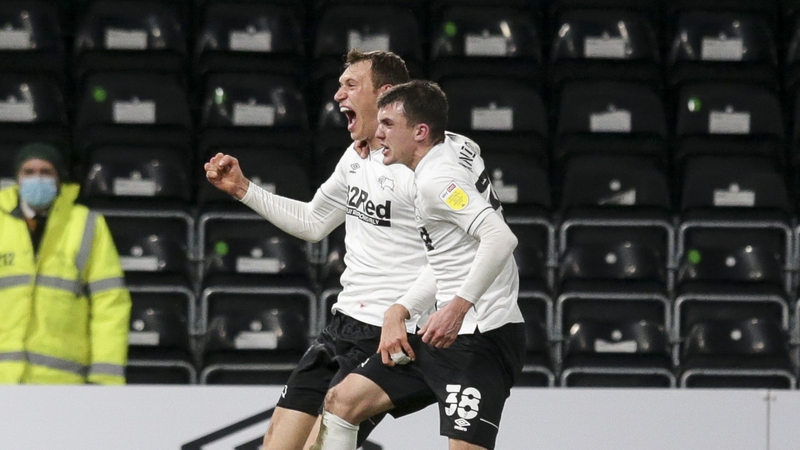 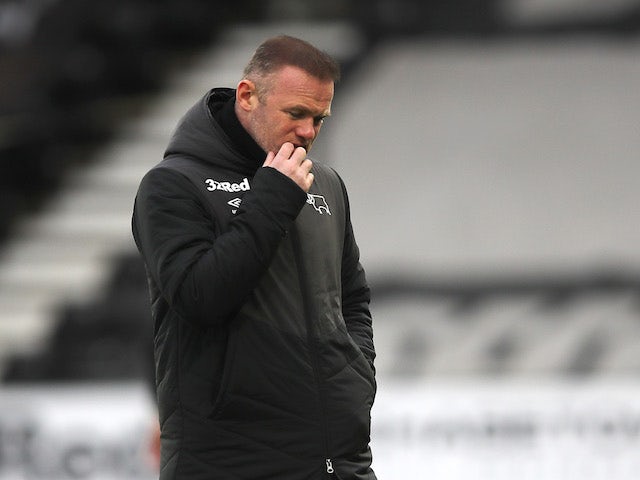 Victory lifted the Rams out of the bottom three.
Read More
SPORTSMOLE.CO.UK

Krystian Bielik scored the only goal of the game as Wayne Rooney recorded his first victory since being appointed manager on a permanent basis
Read More
DERBYTELEGRAPH.CO.UK 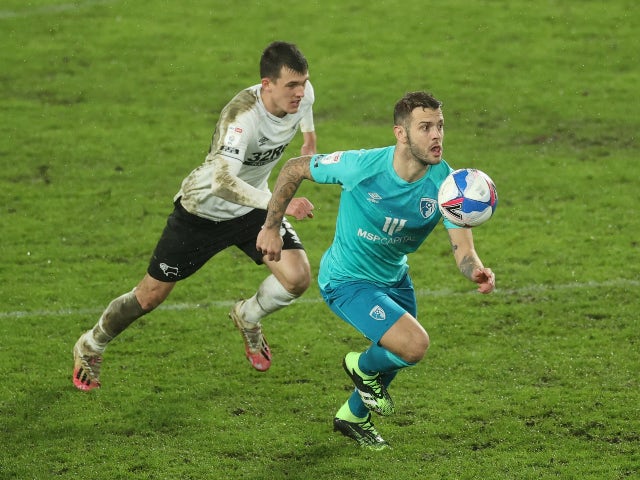 Krystian Bielik's first-half strike proved the difference as the Rams moved out of the relegation places.
Read More
SPORTSMOLE.CO.UK

'Will Hughes was 10x the player', 'Useless' - Some Derby fans rage at 'massively overrated' star Many Derby County fans have flocked to Twitter to slate Jason Knight over his performance in the Rams’ latest Championship clash versus Bournemouth, which the Rams won 1-0. The 19-year-old Republic of Ireland international started this game as part of the Rams’ attacking three, alongside Colin Kazim-Richards and Kamil Jozwiak. Per Sky S[...]
Read More
FOOTBALLTRANSFERTAVERN.COM The Rams are in action against Bournemouth tonight on the pitch, but off it, there is mounting concern that a deal to sell the club to Sheikh Khaled is no closer to completion
Read More
DERBYTELEGRAPH.CO.UK

The Rams take on the Cherries in a Championship clash at Pride Park Stadium
Read More
DERBYTELEGRAPH.CO.UK

The Bluebirds boss has given a transfer update amid reports linking Josh Murphy with a move away and Bournemouth accepting a bid from Cardiff City for Jack Simpson
Read More
WALESONLINE.CO.UK Aston Villa are unlikely to move for AFC Bournemouth attacker David Brooks this month according to The Athletic’s Villa reporter Gregg Evans. The Villans have enjoyed a fine season so far in the Premier League and will feel as though a European spot come the end of the campaign is certainly something they can aim […]
Read More
FOOTBALLLEAGUEWORLD.CO.UK

Wilshere joins Bournemouth on deal until end of the season Arsenal hero Jack Wilshere has rejoined Bournemouth in a bid to get his faltering career back on track, having been plagued with injuries over the last 10 years
Read More
DAILYSTAR.CO.UK 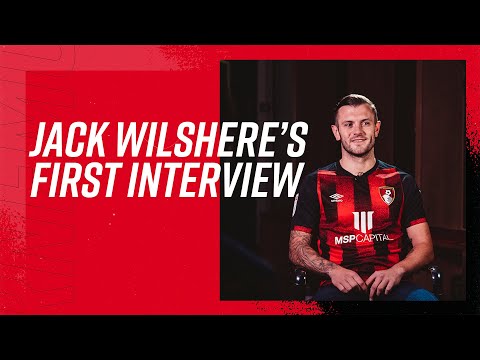 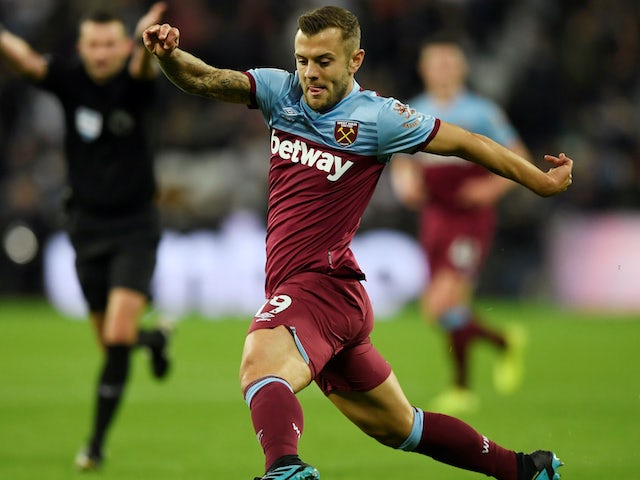 The midfielder, who spent a season on loan with the Cherries in 2016-17, was a free agent.
Read More
SPORTSMOLE.CO.UK

Jack Wilshere joins Bournemouth for the remainder of the season

Liam Rosenior fielded questions from the media ahead of the Rams' Championship clash against Bournemouth
Read More
DERBYTELEGRAPH.CO.UK

Bournemouth have signed ex-Arsenal and West Ham midfielder Jack Wilshere on a free transfer on a short-term contract until the end of the season.
Read More
90MIN.COM 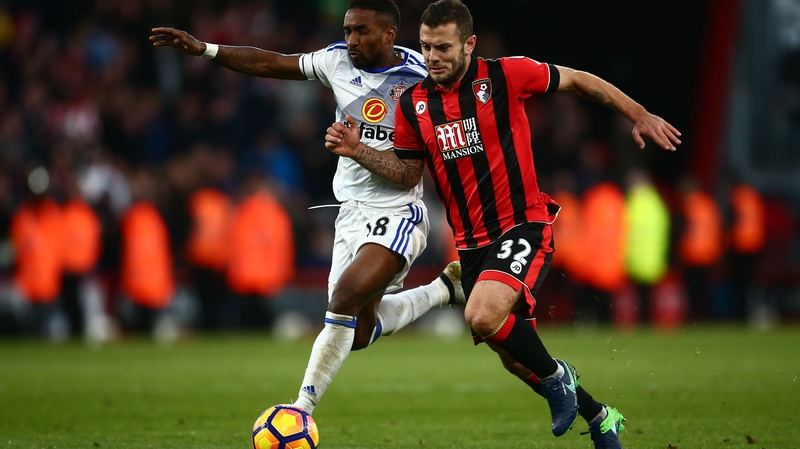 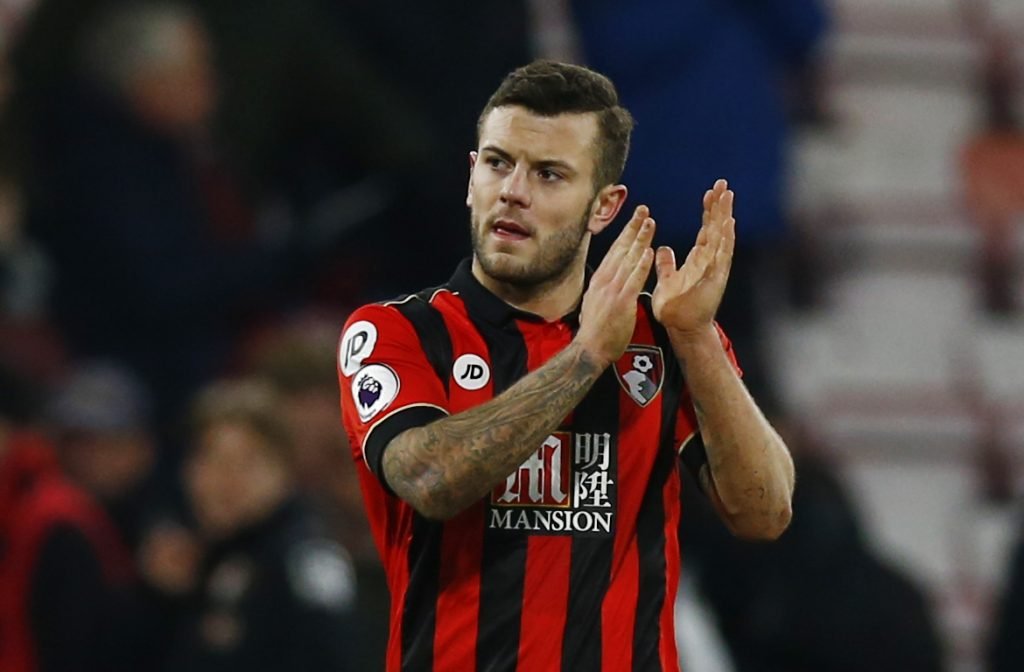 Former Arsenal, West Ham United and England midfielder Jack Wilshere has found a new home at a former club. AFC Bournemouth have now officially announced the return of the 29-year-old on a short term contract until the end of the current 2020/21 Championship campaign. Wilshere played for the Cherries three-and-a-half years ago when he was […[...]
Read More
VITALFOOTBALL.CO.UK

Former Wigan player comes on in the first half due to Lockyer injury
Read More
LUTONTODAY.CO.UK

Jack Wilshere has found a new club as he’s signed a short-term contract with Bournemouth. The former Arsenal and West Ham star had been without a club since leaving the Hammers by mutual consent last October. talkSPORT understands Wilshere‘s contract with the south coast club is until the end of this season. Wilshere begun his […[...]
Read More
TALKSPORT.COM Derby County return to action on Tuesday evening as they welcome AFC Bournemouth to Pride Park Stadium. Despite a real upturn in form since Wayne Rooney took charge of the first team the Rams are currently enduring a difficult run of form having lost each of their last three fixtures in all competitions. With the […]
Read More
FOOTBALLLEAGUEWORLD.CO.UK

What is the latest transfer news with Josh King at Bournemouth amid West Ham and West Brom links? Joshua King’s future looks set to be a major talking point in the remaining weeks of the January transfer window. The Bournemouth striker is facing an uncertain future with his contract with the Cherries due to expire in the summer. With no contract agreement imminent it seems that King could be set for a move […]
Read More
FOOTBALLLEAGUEWORLD.CO.UK

The Blades keeper continues to fall under the spotlight after a difficult start to life at Bramall Lane following his move from Bournemouth
Read More
EXAMINERLIVE.CO.UK