Birmingham City transfer news - Broadcasters in Germany suggest the 17-year-old is unable to fly over to Dortmund due to strict coronavirus quarantine rules still in place
Read More
BIRMINGHAMMAIL.CO.UK

According to Sky Sports in Germany, Jude Bellingham is yet to sign a deal with Borussia Dortmund to confirm his move away from Birmingham City, though it is still expected to go through. Reports have grown in recent days that the young midfielder is heading out to Germany to join BVB from the Blues and […]
Read More
FOOTBALLLEAGUEWORLD.CO.UK

“Better than some”, “no for me”-Many Blues fans split on idea of appointing recently sacked boss

Out of work, but depending on who you ask, it might not be that way for long. Bristol City sacked their head coach Lee Johnson over the weekend following their loss to Cardiff City, and with Blues still searching for their next boss following the decision of Pep Clotet to step down at the end […]
Read More
VITALFOOTBALL.CO.UK

I suppose it’s a little bit like when you see your kids head off to University. It’s one of those ‘they grow up so fast’ moments. Although this one took a lot longer to happen than I think most people expected, especially given the fee that was involved in signing him. Former Blues forward Che […]
Read More
VITALFOOTBALL.CO.UK Former Derby and Birmingham midfielder Michael Johnson says the only way to address the lack of BAME representation in management and boardroom positions is to set targets which have to be achieved.
Read More
SKYSPORTS.COM

Birmingham City have just 52 days between the end of this season and the start of next - and they still need a new head coach
Read More
BIRMINGHAMMAIL.CO.UK

Birmingham City are still looking for their next head coach after announcing Pep Clotet is to leave at the end of the season - but so too are Bristol City
Read More
BIRMINGHAMMAIL.CO.UK

“Thoroughly deserved”, “So pleased for you” – Lots of Saints fans hail “king”

Birmingham City welcome Swansea City to St Andrew's on Wednesday with the Swans sweating on the fitness of talented striker
Read More
BIRMINGHAMMAIL.CO.UK

Sunderland on the verge of sealing deal for Birmingham City target

A LUCKY punter bagged one of the bets of the season when their 3800/1 acca landed thanks to Fulham’s last-gasp winner. The unnamed bettor placed £1 on the 20-team accumulator with Ladbrokes. And his heart would have been in his mouth as Fulham desperately went looking for the winner at home against Birmingham. Lucky for […]
Read More
THESUN.CO.UK

Baffling behaviour at Birmingham raises questions – “belittle himself & the club”

When Birmingham City supporters talk about Lee Camp as some kind of folk hero, and the prospect of a new contract, coupled with images of CEO Ren enjoying life at Wast Hills fully kitted out in training gear etc – it does raise questions as to what is happening at the club. Are we going […]
Read More
VITALFOOTBALL.CO.UK

“Could have something to offer”: Brian Dick maintains veteran doesn’t have to be binned by Blues 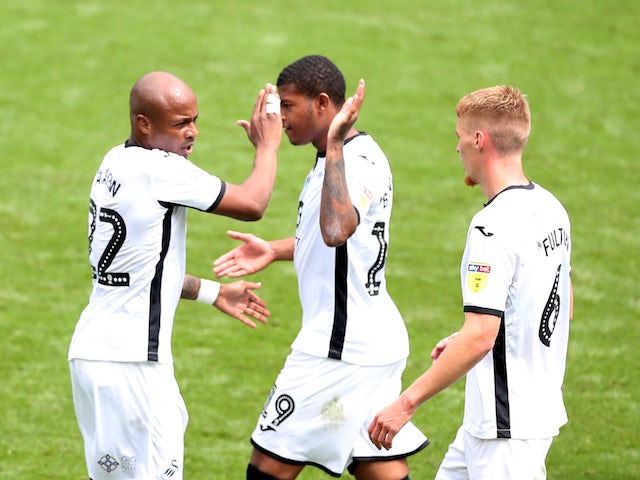 2 shots, 76% pass success: The man who changed the game for Fulham v Birmingham

Fulham left it late, but eventually won out against Birmingham City at the weekend in the Sky Bet Championship as they earned another three points in the race for promotion. With Leeds United and West Bromwich Albion also winning, the Cottagers still have a bit to do if they want to get into the top […]
Read More
FOOTBALLLEAGUEWORLD.CO.UK

It’s a far cry from the positive reaction that he was getting for some of his other comments. It just goes to show that you need to tread a bit of a fine line when it comes to these sort of things, especially when you’re in as delicate a situation as we find ourselves in, […]
Read More
VITALFOOTBALL.CO.UK

Fulham eventually emerged victorious from their game with Birmingham City at the weekend as they won 1-0 against the Blues. The Cottagers, as they so often do, dominated the ball but it looked as though it was going to be another case of a game where they controlled possession but didn’t kill things off. However, […]
Read More
FOOTBALLLEAGUEWORLD.CO.UK

Swansea City boss Steve Cooper is confident that Rhian Brewster will be involved against Birmingham City in the week even though he was holding his shoulder in yesterday’s win against Sheffield Wednesday. The on-loan Liverpool man has made a huge impact since joining the Swans in January and he grabbed his seventh goal in 15 […]
Read More
FOOTBALLLEAGUEWORLD.CO.UK

All the latest Blues news from BirminghamLive
Read More
BIRMINGHAMMAIL.CO.UK

Birmingham City are still looking for a new head coach after Pep Clotet opted to stand down
Read More
BIRMINGHAMMAIL.CO.UK

The veteran goalkeeper was in fine form at Craven Cottage yesterday but could not prevent Fulham from defeating Birmingham City
Read More
BIRMINGHAMMAIL.CO.UK

Fulham fans have hailed the performance of on-loan star Harrison Reed after the 1-0 win over Birmingham City. Scott Parker’s side churned out another uninspired win yesterday. This time it was the lowly Birmingham City who were dealt a late blow, with Josh Onomah scoring the goal. It was a dull performance all-round, but one […]
Read More
FOOTBALLLEAGUEWORLD.CO.UK

I think as a player, this is really all that you can ask for. To not come under too much fire after a game like that, a free pass if you will. Blues fell to a devastating loss away to Fulham yesterday, a goal from Josh Onomah deep into injury time enough to win it for […]
Read More
VITALFOOTBALL.CO.UK