Marcelo Bielsa will be hoping to see his Leeds United side return to winning ways this weekend when they go up against Blackburn Rovers.   Leeds dropped two points at home to Luton Town on Tuesday evening, with Nathan Jones’ men holding the Whites to a 1-1 draw at Elland Road. However, the nature of […]
Read More
FOOTBALLLEAGUEWORLD.CO.UK

Phil Hay, speaking on the latest episode of The Phil Hay Show, has revealed that he expects Liam Cooper to feature against Blackburn Rovers despite only lasting 12 minutes against Luton Town. Hay discussed various Leeds United topics, spent a little bit of time on injuries, and provided an update on Leeds’ captain. Here is […]
Read More
THISISFUTBOL.COM

Leeds United travel to Ewood Park to take on Blackburn Rovers in the Championship this weekend, but what will the final score be? We simulated the game to find out.
Read More
LEEDS-LIVE.CO.UK

Leeds United are the visitors to Ewood Park on Saturday as Blackburn Rovers look to resurrect their play-off hopes
Read More
LANCS.LIVE

Leeds head over the Pennines this weekend to face Tony Mowbray's side
Read More
LEEDS-LIVE.CO.UK

'A massive blow' – Concern over Leeds United player ahead of Blackburn tie: The verdict

Leeds United will be hoping they can pull further clear of the promotion-chasing pack in the Championship when they return to action this weekend.  The Whites were forced to settle for a point in their last match, as they were held to a 1-1 draw with relegation-threatened Luton Town at Elland Road. It means that […]
Read More
FOOTBALLLEAGUEWORLD.CO.UK

Blackburn Rovers insider on the weaknesses Leeds United can exploit

Leeds United will be aiming to return to winning ways when they travel to Ewood Park on Saturday afternoon
Read More
LEEDS-LIVE.CO.UK

Leeds' injury and suspension list ahead of Blackburn Rovers trip

Marcelo Bielsa's side could be without two key first-team players
Read More
LEEDS-LIVE.CO.UK

Blackburn Rovers need a win against Leeds United on Saturday to keep their faint hopes of a top-six finish alive
Read More
LANCS.LIVE

The State of Football Finance: Preston and Blackburn's finances analysed in new project

The finances in the Championship have been put under the microscope
Read More
LANCS.LIVE

Leeds United midfielder Kalvin Phillips has revealed that neither Liam Cooper or Stuart Dallas have trained with the team since Tuesday  The Whites travel to Ewood Park on Saturday to face Blackburn Rovers and will be looking to get back to winning ways after they were held to a 1-1 draw by Luton Town on […]
Read More
FOOTBALLLEAGUEWORLD.CO.UK

The Blackburn Rovers midfielder is hoping to maximise the opportunity that the restart has presented him
Read More
LANCS.LIVE

Kalvin Phillips on Cooper and Dallas injuries, Blackburn and promotion

'Great news', 'Could be a blessing in disguise' - Many Leeds fans flock to Phil Hay's news

Leeds United fans on Twitter have flocked to a tweet from Phil Hay regarding the fitness of Liam Cooper and Stuart Dallas, ahead of their game against Blackburn Rovers at the weekend.  The Athletic journalist confirmed on Twitter that Cooper should be back for the game against Tony Mowbray’s side on Saturday, but Dallas will […]
Read More
THISISFUTBOL.COM

He was sent off shortly after coming on as a substitute against Barnsley.
Read More
CLUBCALL.COM 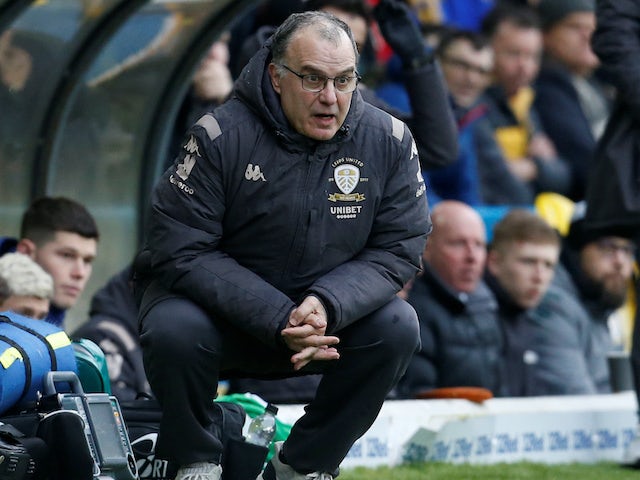 LeedsLive's Beren Cross answers your questions about the Whites with a third of the Championship restart behind us
Read More
LEEDS-LIVE.CO.UK

One out, one in as Leeds United set to face a depleted Blackburn Rovers squad