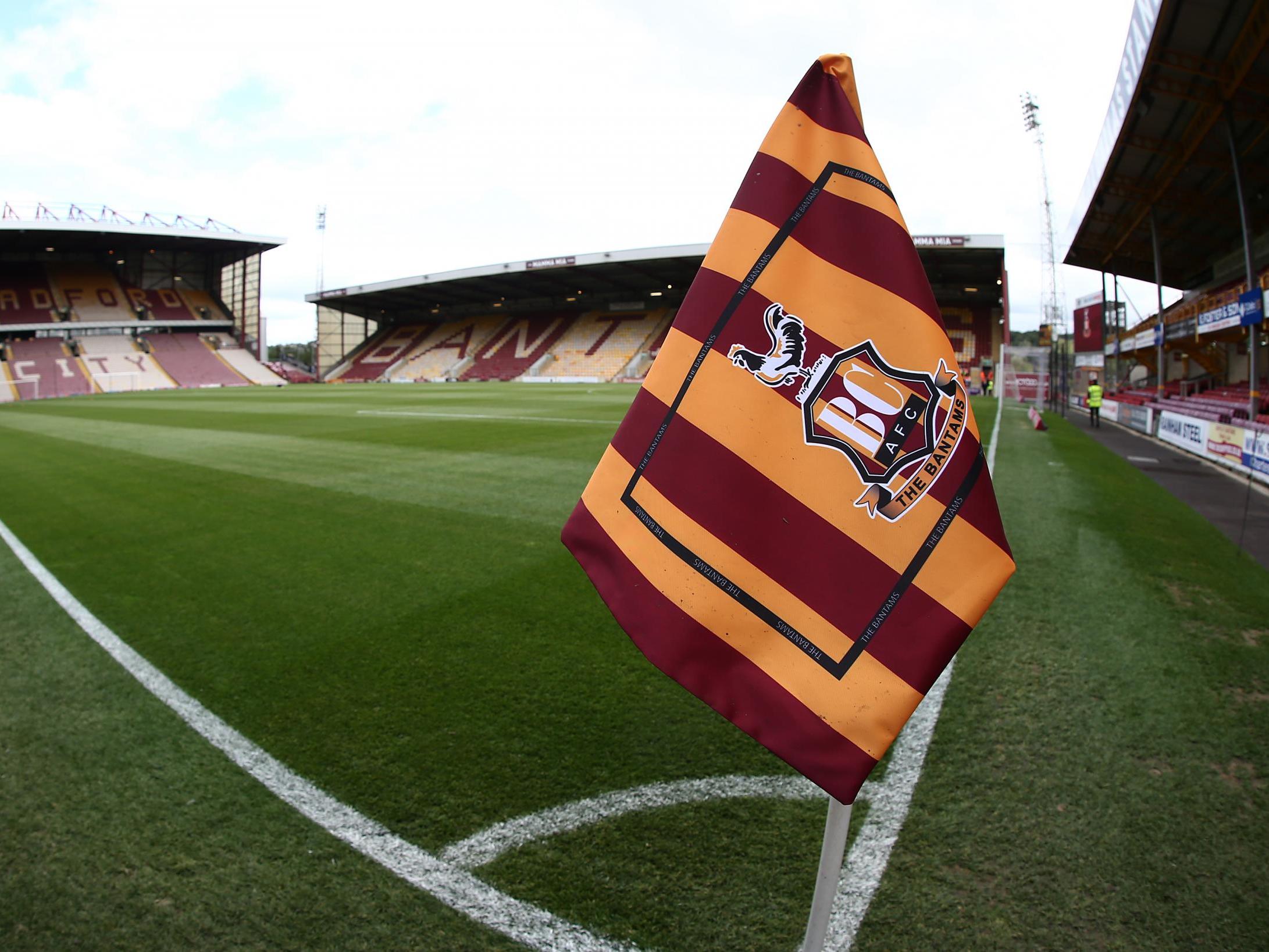 League Two clubs met for a conference call on Thursday where certain proposals were discussed and Bradford City have revealed the EFL told them to prepare not to have fans in their stadium for the rest of the year
Read More
INDEPENDENT.CO.UK

Bradford City have stopped selling season tickets for next season amid fears it will be played behind closed doors
Read More
MIRROR.CO.UK

Bradford City: This is about survival for most in lower divisions

CITY are ready to react to any “difficult decisions” as they continue to plot a way through football’s worsening situation.
Read More
THETELEGRAPHANDARGUS.CO.UK

What happened to the City squad that clinched the double five years ago today?

Promotion was sealed with a thumping win over Bradford City
Read More
BRISTOLPOST.CO.UK

'What a team', 'I cried' – Many Bristol City fans excited by latest club post

It is five years to the day since Bristol City hammered Bradford City 6-0 to seal promotion back to the Championship, which has excited many fans of the South West club. Steve Cotterill’s side produced a dazzling display at Valley Parade to secure their return to the second tier of English football with three games […]
Read More
FOOTBALLLEAGUEWORLD.CO.UK

THE RICHMOND YEARS: 'We can be in Premier League in five years'

The postponement of EFL matches hasn't stopped Leyton Orient who have taken to Football Manager to play this weekend's clash with Bradford City
Read More
FOOTBALL.LONDON

Chelsea and Tottenham battling it out for Bournemouth’s Aaron Ramsdale

Newport are investigating alleged chants about the 1985 Bradford City stadium fire during their clash with the club on Saturday.
Read More
SKYSPORTS.COM

20 years of Jose Mourinho: The brilliant and bizarre moments of his career so far

BRADFORD CITY have brought back Stuart McCall for a third spell as manager. He replaces Gary Bowyer who was sacked on Monday after less than 11 months in the Valley Parade hotseat. The 55-year-old former Scotland international, who had two spells as a player with the Bantams and guided them to the League One play-off […]
Read More
THESUN.CO.UK

Bradford City reappoint Stuart McCall as their manager for a third spell in charge of the League Two club.
Read More
BBC.COM 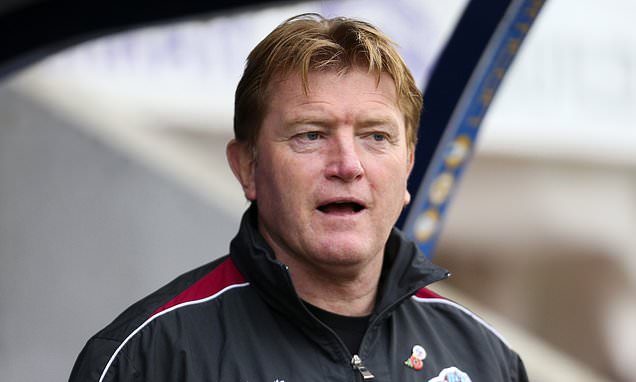 Bradford City have appointed Stuart McCall as their new manager - his third spell at the League One club - following the departure of Gary Bowyer on Monday.
Read More
DAILYMAIL.CO.UK 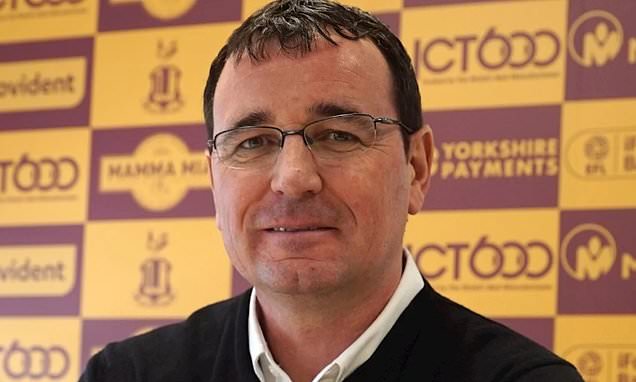 Although the Bantams currently lie eighth in League Two, they are without a win since New Year's Day - a run of seven games and that has been enough to push Bowyer to the exit door.
Read More
DAILYMAIL.CO.UK

‘Class signing’: Some fans react as player arrives on loan from Rangers

Colchester United attacker Frank Nouble was forced off against Bradford

COLCHESTER United boss John McGreal has confirmed the reason why Frank Nouble was forced off during their 0-0 draw with Bradford City last night.
Read More
HALSTEADGAZETTE.CO.UK

COLCHESTER United had to settle for a fifth draw in six matches tonight after sharing the spoils with fellow promotion hopefuls Bradford City.
Read More
GAZETTE-NEWS.CO.UK

Regular updates from the Jobserve Community Stadium as City take on a Colchester side unbeaten in the league since October.
Read More
THETELEGRAPHANDARGUS.CO.UK

Regular updates from the Jobserve Community Stadium as City take on a Colchester side unbeaten in the league since October.
Read More
THETELEGRAPHANDARGUS.CO.UK

Birmingham City have been active in the transfer window with several new players joining ...
BIRMINGHAMMAIL.CO.UK

TOM COLLOMOSSE AT ASHTON GATE STADIUM: Bristol City were barely given a chance to get into ...
DAILYMAIL.CO.UK

The RB Leipzig defender is one of the hottest properties in world football.
MANCHESTEREVENINGNEWS.CO.UK

The Man City winger is currently on loan at Leeds United and quit the academy at Old Trafford ...
MANCHESTEREVENINGNEWS.CO.UK

Elyounoussi scored in the 90th minute in the Europa League tie in Latvia.
SPORTSMOLE.CO.UK

Dean Smith handed Bertrand Traore his debut vs Bristol City after signing the winger from ...
BIRMINGHAMMAIL.CO.UK

Test events have been run safely across the UK and proved fans can be welcomed back into ...
MIRROR.CO.UK

Premier League clubs are facing huge financial deficits in the face of the coronavirus pandemic, ...
MIRROR.CO.UK

EXCLUSIVE: Clubs are prepared to help out the teams in the lower divisions after it was ...
MIRROR.CO.UK

Chelsea have just signed a new goalkeeper in Edouard Mendy but that has not stopped Petr ...
MIRROR.CO.UK

Pierre-Emerick Aubameyang put to bed any fears that he would be leaving the club at the ...
MIRROR.CO.UK

Pictures: Man City vs Bournemouth in the Carabao Cup

Manchester City take on Championship side Bournemouth in the third round of the Carabao ...
MANCHESTEREVENINGNEWS.CO.UK

All the latest Leeds United transfer news and rumours from Leeds Live
LEEDS-LIVE.CO.UK

All of the latest Newcastle United headlines for September 24 including updates on Jacob ...
CHRONICLELIVE.CO.UK

All the latest Man United transfer rumours and gossip includes an update on the future of ...
MANCHESTEREVENINGNEWS.CO.UK

The midfielder is the Clarets' second signing.
SPORTSMOLE.CO.UK