Some Arsenal fans were left to slam the display of Willian away at Burnley in the Premier League on Saturday lunchtime. The former Chelsea man did not impress some members of the Emirates Stadium faithful after he was given his chance from the start by Mikel Arteta. The Brazil international lost out on 100% of […]
Read More
FOOTBALLTRANSFERTAVERN.COM

Mikel Arteta's Arsenal side were held to a frustrating 1-1 draw against a stubborn Burnley side in the Premier League on Saturday
Read More
FOOTBALLCRITIC.COM

Burnley vs ArsenalSaturday’s early Premier League kick-off played out a short time ago.Said tie saw Burnley welcome Arsenal to Turf Moor.The Clarets do have a pretty dismal record against the ‘big six’, but they would actually beat the Gunners at the Emirates earlier this season.It would be Arsenal who opened the scoring on Saturd[...]
Read More
101GREATGOALS.COM This was a game full of wild moments at Turf Moor as the Clarets battled back to frustrate the Gunners.
Read More
SOCCER.NBCSPORTS.COM

Arsenal lost further ground in their bid to qualify for the Champions League with an eventful 1-1 draw against Burnley in the Premier League.
Read More
ESPNFC.COM

How the Gunners got on individually in their Premier League away match at Turf Moor
Read More
FOOTBALL.LONDON 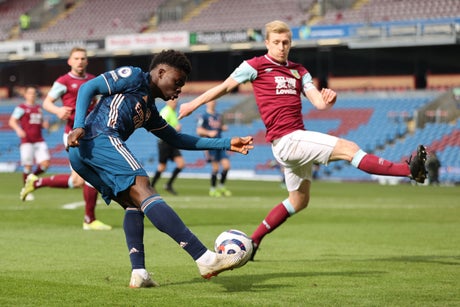 Burnley vs Arsenal: Five things we learned as Gunners held to a draw at Turf Moor 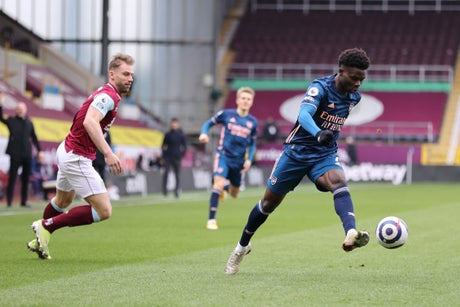 Arsenal's bid to secure European football next season took another blow as they could only manage a 1-1 draw with Burnley on a frustrating afternoon at Turf Moor
Read More
DAILYSTAR.CO.UK 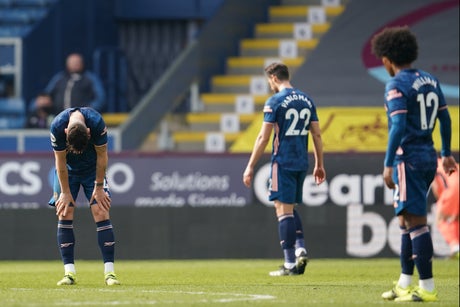 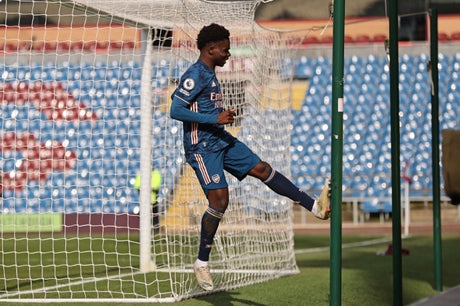 Video: Pepe misses an absolute sitter to put Arsenal ahead at Burnley inside final 10 minutes Arsenal ratings: Granit Xhaka has howler and Bukayo Saka below par while Tierney and Aubameyang impress at Burnley

ARSENAL were held to a 1-1 draw in an entertaining lunchtime clash with Burnley. Pierre-Emerick Aubameyang sauntered towards goal to fire the Gunners into an early lead at Turf Moor, before Bukayo Saka missed a golden chance to double their advantage. A comedy error from Granit Xhaka levelled the scores as the Arsenal man fired […]
Read More
THESUN.CO.UK

Arsenal should have beaten Burnley but Granit Xhaka handed them an equaliser and Nicolas Pepe summed up the Gunners' woes in front of goal.
Read More
ESPN.CO.UK

Mikel Arteta's Arsenal were left frustrated in a 1-1 draw with Burnley at Turf Moor as Bernd Leno and Granit Xhaka handed the hosts a comical equaliser after Pierre-Emerick Aubameyang's opener
Read More
MIRROR.CO.UK

Following a run of decent performances, Granit Xhaka is back in the dog house with Arsenal fans after his ridiculous play handed Burnley an equaliser
Read More
90MIN.COM 'Never ever’: Jeff Stelling absolutely stunned by what £35m Arsenal player did today

ARSENAL drew away at Burnley after a late penalty was overturned by VAR. Pierre-Emerick Aubameyang had given Mikel Arteta’s side the lead at Turf Moor. But an absolute howler from Granit Xhaka – whose pass across the box cannoned into his own net off the hip of Chris Wood – allowed Sean Dyche’s side to […]
Read More
THESUN.CO.UK