The incident took place in a game against Charlton Athletic in September when the Spanish keeper was involved in an argument with Addicks forward Jonathan Leko
Read More
MIRROR.CO.UK 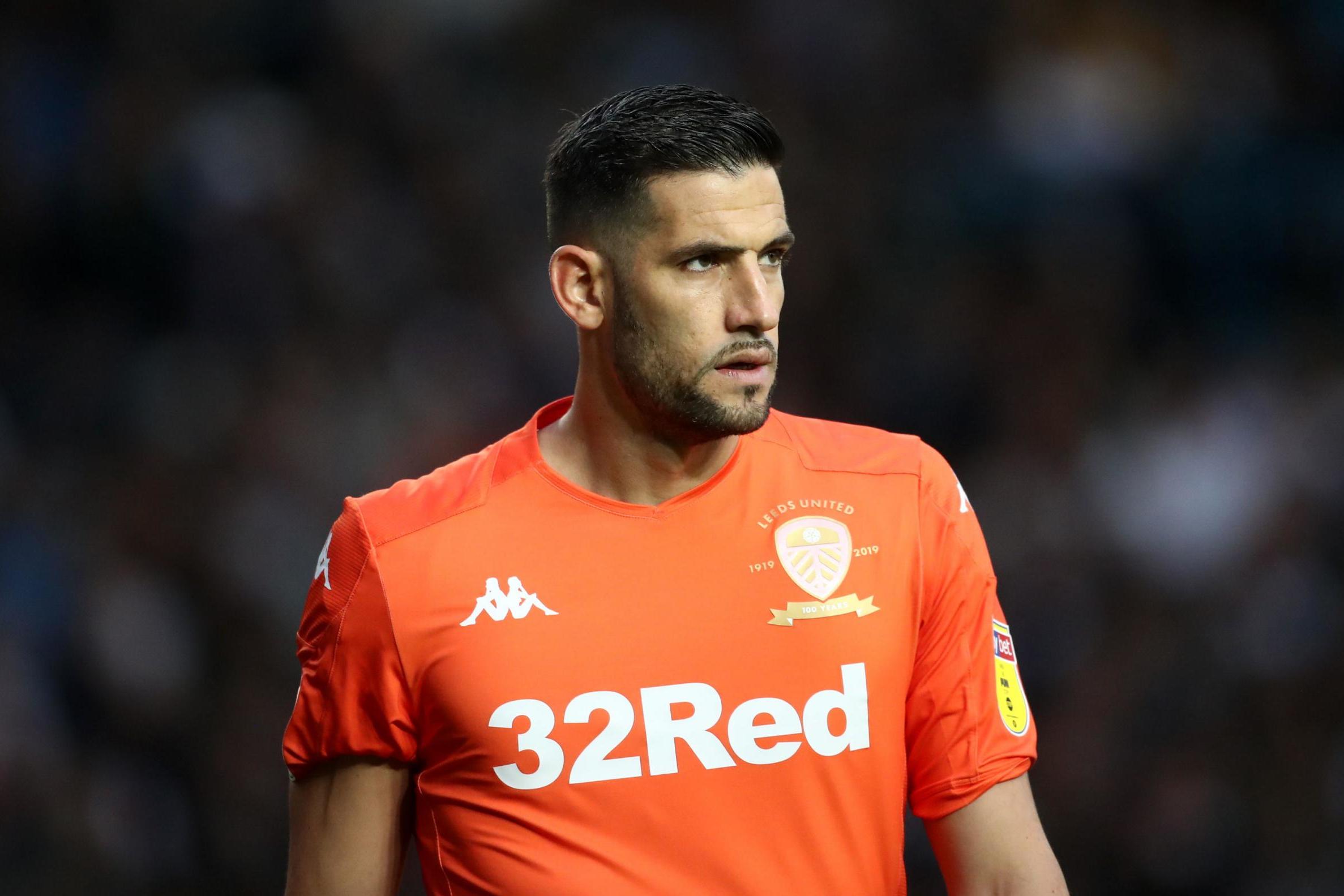 Barry Bannan was praised by supporters after Sheffield Wednesday’s 1-0 win over Charlton Athletic, but he wasn’t the only midfielder to impress on the night. Kieran Lee also shone at Hillsborough and was hailed by fans for his contribution over the 90 minutes. The 31-year-old had a lot of possession in the middle of the […]
Read More
VITALFOOTBALL.CO.UK

Sheffield Wednesday enjoyed a 1-0 win over Charlton Athletic on Wednesday evening and Tom Lees was one of many players to come away with praise from supporters for his performance. The 29-year-old started alongside Julian Borner at centre-back and helped the Owls keep their first clean sheet in five games. Lees was dominant in the […]
Read More
VITALFOOTBALL.CO.UK

Millwall vs Birmingham live stream: how to watch the Championship wherever you are in the world

Sheffield Wednesday defender will “probably not” feature against Charlton

Another Sheff Wed midfielder “won’t be available” to face Charlton, could return next week

Massimo Luongo has been ruled out of Sheffield Wednesday’s meeting with Charlton Athletic, and Garry Monk revealed that Adam Reach will also be an absentee on Wednesday. The 27-year-old has been out of action with a toe injury since the beginning of February, causing him to miss the Owls’ 1-1 draw with Barnsley (February 8), […]
Read More
VITALFOOTBALL.CO.UK

Lucy Kerr has died losing her battle with cancer at the age of 20 with Charlton Athletic Women set to pay tribute at an upcoming match
Read More
DAILYSTAR.CO.UK

Sheff Wed midfielder ruled out against Charlton, 27-year-old needs “another week” to recover

Prediction: Sheff Wed defender could start against Charlton, 26-year-old may be dropped

Prediction: Sheffield Wednesday man could return to face Charlton after being dropped by Monk

Sheffield Wednesday welcome Charlton Athletic to Hillsborough on Wednesday evening and Garry Monk could ring the changes after his side’s gruelling 3-3 draw with Birmingham City on Saturday. One player who may be in line for a return is Josh Windass. He’s been an unused substitute in recent weeks but could be key to unlocking […]
Read More
VITALFOOTBALL.CO.UK

FORMER Charlton Women’s star Lucy Kerr has tragically passed away at 20 after losing her battle with cancer. Lucy joined the club in 2013 and had progressed all the way to the senior squad, as well as playing for and captaining Kent Schools. Charlton Athletic Women’s Manager Riteesh Mishra worked with Lucy in the U16s. […]
Read More
THESUN.CO.UK

Charlton Athletic Women have released a statement confirming their former player Lucy Kerr has died, aged 20, after a battle with cancer. Kerr joined Charlton at the Under-14 level and ended up playing in the development team and also captaining Kent Schools. Charlton Women will pay tribute to her at an upcoming match, it was […]
Read More
TALKSPORT.COM

Derby County news: Joe Ledley has joined Australian top tier side Newcastle Jets until the end of the season following his departure from Charlton Athletic this year
Read More
DERBYTELEGRAPH.CO.UK

After Rangers links, 29-year-old has the best shooting stats in his league

Lyle Taylor is shining in the Championship after the Charlton Athletic star was linked with Nottingham Forest and West Bromwich Albion.
Read More
HITC.COM

Charlton Athletic fans have been praising George Lapslie after his performance off the bench against Luton Town.
Read More
FOOTBALLFANCAST.COM

Charlton Athletic fans lauded Erhun Oztumer in response to his tweet after the 3-1 victory over Luton Town.
Read More
FOOTBALLFANCAST.COM

Luton Rue Moment Of Misfortune Away To Charlton

Hopes of the Hatters making it three consecutive Championship victories on the bounce, came to a cruel end away to Charlton Athletic. Cheered on by almost 3,000 vociferous Hatters supporters, Luton Town crashed to a 3-1 defeat, a defeat that sees them return to the foot of the Championship table, six points from safety with […]
Read More
VITALFOOTBALL.CO.UK

Report: EFL chief reveals WBA prospect’s season is over with injury that ‘is not looking good’

Charlton Athletic manager Lee Bowyer has revealed that he fears Sam Field’s season is over after being sent back to West Brom due to an ongoing knee injury. Speaking to News Shopper, the Addicks boss said that the 21-year-old midfielder has been sent back to the Baggies after a frustrating season for Field that was […]
Read More
VITALFOOTBALL.CO.UK

What became of Rodgers' heroes that delivered the Premier League dream?

Nine years have passed since Swansea secured their place in the top flight, so we took a ...
Read More
WALESONLINE.CO.UK

Manchester City players stepped up their training as the Premier League aims to return in ...
Read More
MANCHESTEREVENINGNEWS.CO.UK
The Cricket Blog