The Rams take on the Sky Blues in a Championship clash at St Andrew's on Saturday
Read More
DERBYTELEGRAPH.CO.UK

Coventry City will play at the Ricoh Arena next season, after an agreement was reached between SISU and Wasps. Remarkably, the ongoing dispute left the Sky Blues, once again, without their own home, meaning they had to play games outside their own city. Having spent the 2013/14 campaign in Northampton, Coventry have played the last […]
Read More
FOOTBALLLEAGUEWORLD.CO.UK

The Rams face Coventry City on Saturday in what is being billed as a "big" game
Read More
DERBYTELEGRAPH.CO.UK

Latest Birmingham City news from BirminghamLive brings an update on the future of Coventry City's tenancy at Blues' St Andrew's ground with a Ricoh Arena return on the cards
Read More
BIRMINGHAMMAIL.CO.UK

Latest Coventry City news from CoventryLive as we bring live updates on the breaking story that the Sky Blues are 'eding closer' to a return to the Ricoh Arena after nearly two seasons away
Read More
COVENTRYTELEGRAPH.NET

Latest Coventry City news from CoventryLive brings reports of an update in talks to bring Mark Robins' side back to their home ground for the first time since May 2019
Read More
COVENTRYTELEGRAPH.NET

Latest Coventry City news from CoventryLive brings everything that has been said about the breaking story that a return to the Ricoh Arena could be close for Mark Robins' side
Read More
COVENTRYTELEGRAPH.NET 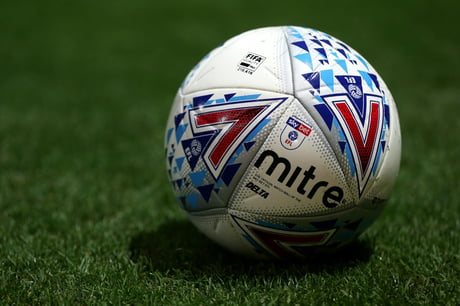 Middlesbrough left it late to beat Coventry City in the Championship on Wednesday night, as Neil Warnock's side showed real grit to come back from a goal down to beat the Sky Blues 2-1, with George Saville bagging an 87th minute winner.
Read More
HARTLEPOOLMAIL.CO.UK

Today the Association wishes its member, former Sky Blue winger Les Cartwright, ‘Many Happy returns of The Day’. Born in Aberdare on the 4th March 1952 the Welshman is celebrating his 69th Birthday today! Les was with the Sky Blues seven seasons from signing as an apprentice , turning professional in May 1970. Les took […]
Read More
CCFPA.CO.UK Middlesbrough kept up the pressure on the other play off-chasing teams last night with a hard-fought 2-1 victory over Coventry City. Neil Warnock was looking for a response after two winless games – a loss against Bristol City and a draw against in-form Cardiff City – and he got exactly that. They did have to […]
Read More
FOOTBALLLEAGUEWORLD.CO.UK

On this day (March 3rd) in 1997 the Sky Blues were now being managed full time by Gordon Strachan, assisted by Alex Miller, with (now fellow CCFPA member) Ron Atkinson having moved ‘upstairs’ to the Highfield Road boardroom the previous November.  The first league game between the Sky Blues and AFC Wimbledon in mid November, [&hell[...]
Read More
CCFPA.CO.UK Derby County will be determined to put things right as attention turns to the weekend. The Rams fell to a 4-0 defeat against Cardiff City on Tuesday evening – a result which will certainly have knocked confidence in Wayne Rooney’s squad. But with a clash against Coventry City coming up there’s a big opportunity to […]
Read More
FOOTBALLLEAGUEWORLD.CO.UK

On this day (3rd March) in 1993 the Sky Blues saw off Sheffield Wednesday in a Division One match at Highfield Road in front of 13,192 fans. By winning by the only goal the Sky Blues completed ‘the double’ over the Owls, managed by Trevor Francis, having beaten them at Hillsborough 2-1 in early September […]
Read More
CCFPA.CO.UK Middlesbrough midfielder, George Saville, was on the scoresheet once again at St Andrew’s last night as his side beat Coventry City 2-1 in the Sky Bet Championship.  Neil Warnock’s side had fallen behind to an Anfernee Dijksteel own goal, but Grant Hall equalised before Saville scored late to secure the points. That was Saville&rsq[...]
Read More
FOOTBALLLEAGUEWORLD.CO.UK Middlesbrough picked up a much-needed three points in their recent match against Coventry City, which put them back in the hunt for a top-six finish this term.  Boro fell behind on the night though, as Anfernee Dijksteel’s own goal gave the hosts an early lead after just ten minutes at St Andrew’s. Grant Hall then […]
Read More
FOOTBALLLEAGUEWORLD.CO.UK

Older readers may remember that, on this day (3rd March) in 1961 in the pre Jimmy Hill Sky Blue era when CCFC were known as ‘the Bantams’, they were managed by former player Billy Frith in the old Division Three. Today, nearly sixty years ago, in a Friday night game, the club faced the ‘Spireites’ […]
Read More
CCFPA.CO.UK

PUSB: 'From The Boardroom' versus Middlesbrough

Popular Scottish Sky Blue forward (and CCFPA member) Kevin Gallacher has been talking to the Coventry Telegraph* following the Sky Blues encouraging 1-1 draw at Blackburn Rovers (another of ‘Gally’s clubs). In short Kevin thought we put up a great performance against the Lancashire side who are near the top of the Championship tabl[...]
Read More
CCFPA.CO.UK