The Rams take on Huddersfield Town in a Championship clash on Tuesday night
Read More
DERBYTELEGRAPH.CO.UK

Triple deal: Manchester United closing in on trio of transfers Manchester United on the brink of Derby County transfer agreement Manchester United are closing in on the signings of a trio of Derby County youngsters, according to the Athletic. Derby’s position on the pitch may have improved in recent weeks, but their position off the field is looking precarious. Bin Zayed International’s proposed takeover of the club is still yet be finalised despite the EFL’[...]
Read More
FOOTBALLLEAGUEWORLD.CO.UK The on-loan Derby County striker has yet to get going at Hillsborough - but the Owls need him to start firing as they aim to preserve their Championship status
Read More
EXAMINERLIVE.CO.UK

Your latest headlines from the City Ground where the Reds are basking in their 1-0 victory over Blackburn at the weekend ahead of two huge games against Rotherham and Derby County
Read More
NOTTINGHAMPOST.COM

Pundits rave over Holmes and Keogh ahead of Derby County reunion Richard Keogh and Duane Holmes are set to return to Pride Park with Huddersfield Town this week
Read More
DERBYTELEGRAPH.CO.UK The American party linked with a Derby County takeover remain interested but are yet to make a bid, according to journalist Alan Nixon.  Ongoing delays have held up Sheikh Khaled’s potential takeover of the East Midlands club, though Rams owner Mel Morris revealed recently that the deal remains live. It appears that could be hijacked, [&[...]
Read More
FOOTBALLLEAGUEWORLD.CO.UK

How is ex-Derby County striker Theo Robinson getting on these days? It is quite some time now since Theo Robinson last pulled on a Derby County shirt. Having scored 23 goals in 83 appearances for the Rams after joining – initially on loan – from Millwall in January 2011, Robinson would make his departure from Pride Park just over two years later, returning to former club […]
Read More
FOOTBALLLEAGUEWORLD.CO.UK

‘Silly’, ‘We can only hope it’s true’ - These Derby fans react as takeover claim emerges According to a report by the Daily Mail, prospective new Derby County owner Sheikh Khaled bin Zayed al Nehayan looked into the purchase of West Ham United and Bournemouth last year – with Derbyshire Live sharing this claim whilst stating it casts ‘further doubt’, prompting Rams to have their say on the development.  The Bin [[...]
Read More
FOOTBALLTRANSFERTAVERN.COM 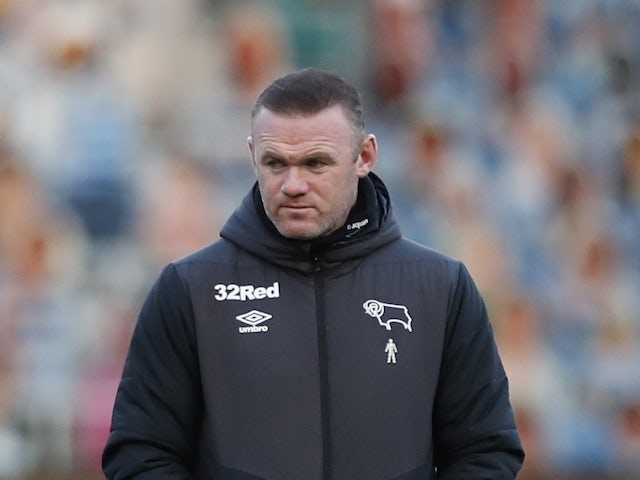 The Rams moved from the High Court to the First Division in just over three years under manager Arthur Cox
Read More
DERBYTELEGRAPH.CO.UK Derby County manager Wayne Rooney says centre back Matt Clarke will be available to return to action when his side face Huddersfield Town on Tuesday night. Clark was forced off at half time during the Rams’ 2-1 win at Wycombe on Tuesday night with a hip problem, and was then absent the club’s matchday squad […]
Read More
FOOTBALLLEAGUEWORLD.CO.UK A number of Derby County supporters were frustrated with the performance of Martyn Waghorn during the Rams’ 2-1 defeat away against in-form Watford on Friday night. Derby would have been in a confident mood heading into the game against their promotion-chasing hosts having picked up five wins in their previous six league outings. However, the[...]
Read More
FOOTBALLLEAGUEWORLD.CO.UK

The Hornets built a two-goal lead before the Rams rallied only to lose the Championship contest 2-1
Read More
DERBYTELEGRAPH.CO.UK It was a good night for Watford on Friday, as they beat Derby County 2-1 at Vicarage Road to give their hopes of automatic promotion a welcome boost. Quickfire goals from Joao Pedro and Will Hughes midway through the first half put the Hornets well in control, and although Derby pulled one back when William […]
Read More
FOOTBALLLEAGUEWORLD.CO.UK

Quiz: Can you remember how many league goals each of Derby County’s last 15 top goalscorers scored? Goals have certainly been a problem for Derby County this season. The Rams are one of the lowest-scoring sides in the division, and that is something that will need to change if they look to escape the relegation battle. Colin Kazim-Richards is Derby’s leading goalscorer this season with six goals to his name, but how […]
Read More
FOOTBALLLEAGUEWORLD.CO.UK A number of Derby County fans have been bemoaning the performance of Patrick Roberts following the Rams’ 2-1 defeat at promotion-chasing Watford on Friday night. Wayne Rooney’s side went into the game looking to build on the vital back-to-back wins they picked up against Middlesbrough and Wycombe Wanderers and lift themselves further cl[...]
Read More
FOOTBALLLEAGUEWORLD.CO.UK

Ademola Lookman: 'I had to make decisions that didn't put my family at risk'

Will Hughes delivers message that will please Derby County fans Matt Clarke missed the defeat by Watford but the defender will be available for Tuesday's game against Huddersfield Town
Read More
DERBYTELEGRAPH.CO.UK