‘Scraping the barrel’, ‘Nowhere near good enough’ – Many Derby County fans react to links with forward

Derby County and Huddersfield Town are interested in signing Stoke City forward Lee Gregory, according to the Daily Mail. Gregory’s first year at Stoke was rather hit and miss, with the striker failing to nail down a regular place in the side amid competition from the likes of Sam Vokes and Tyrese Campbell. The 31-year-old […]
Read More
FOOTBALLLEAGUEWORLD.CO.UK

Quiz: Did these 12 ex-Derby County players actually ever score for the club?

Derby County had a strong first season under Phillip Cocu. The Dutchman endured a tough first-half of the season but in the end, fans will be very pleased with the progress shown, and the eventual 10th-place finish was a very respectable one. Next season is destined to be better for the Rams. Their young players […]
Read More
FOOTBALLLEAGUEWORLD.CO.UK

Stoke City striker Lee Gregory is attracting interest from Derby County and Huddersfield Town. The 31-year old has one year left on contract and Stoke are re-shaping their squad.
Read More
DAILYMAIL.CO.UK

Ross Atkins had been part of the Rams' Academy coaching staff since 2014
Read More
DERBYTELEGRAPH.CO.UK

Derby County have not finished as the East Midlands' leading club since 2009, but they are historically the region's best
Read More
DERBYTELEGRAPH.CO.UK

The striker enjoyed a fine first season in the Championship after making a step up the leagues
Read More
DERBYTELEGRAPH.CO.UK

'Benitez has seriously let him down' - Many Newcastle fans react to news on £3.15m-rated man

A lot of Newcastle United fans have replied to a post from NUFC 360, which has relayed news concerning the future of Jacob Murphy. NUFC 360 shared details of a report from DerbyshireLive, which states that according to TEAMtalk, Derby County are interested in taking the 25-year-old on loan from the Toon next season and […]
Read More
THISISFUTBOL.COM

‘This looks sensible to me’ – Derby County plot move for Newcastle United man: The verdict

Bids for midfielder linked with Derby County have been rejected

Gossip: QPR linked with Aussie striker along with Derby County, Middlesbrough and Stoke 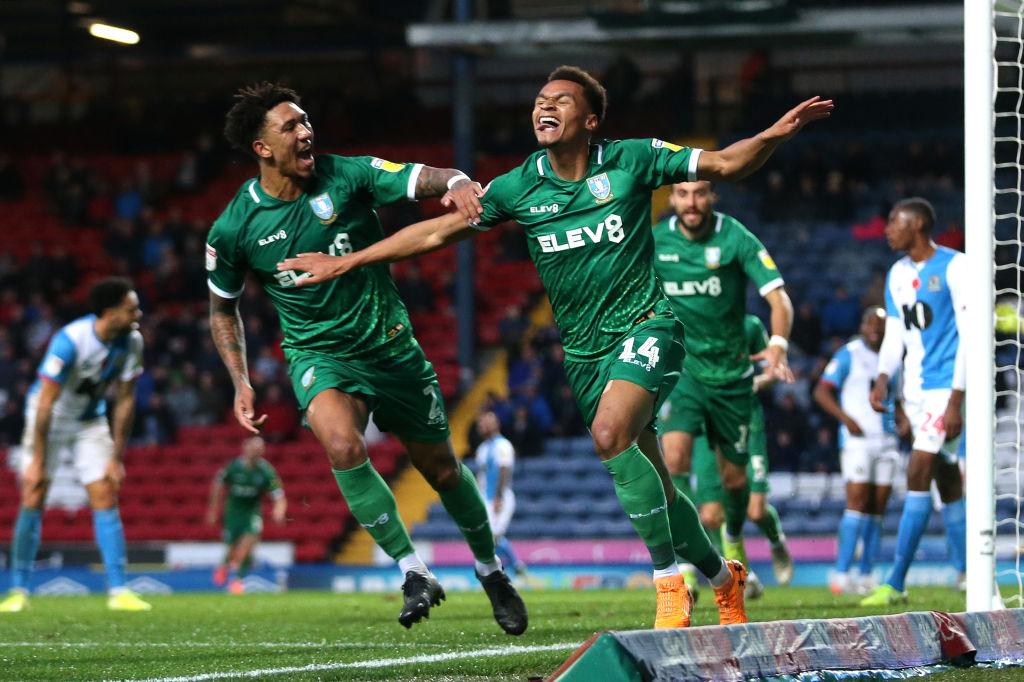 Newcastle United are set to sanction another loan move for Jacob Murphy – according to reports.
Read More
SHIELDSGAZETTE.COM

Rams and the transfer window: The rumours, priorities, finances

The goalkeeper had been linked with the Rams
Read More
DERBYTELEGRAPH.CO.UK

Sunderland have joined Derby County and Birmingham City in the race to sign Chelsea goalkeeper Nathan Baxter according to the Evening Standard.  Baxter is highly unlikely to be anywhere near the Chelsea first-team ahead of the new league campaign, and it appears as though he could be set for a temporary departure away from Stamford […]
Read More
FOOTBALLLEAGUEWORLD.CO.UK

'This is the right decision' - Derby County player set for Pride Park exit: The verdict

Dell chips in with £30m for Derby Derby County are expected to look to offload winger Florian Jozefzoon this summer after were unsuccessful in doing so in January, according to The Athletic.  Phillip Cocu will be looking to build on the positives from his debut season at Pride Park – which saw the Rams finish 10th after a shaky start – and […]
Read More
FOOTBALLLEAGUEWORLD.CO.UK

Every player linked with Derby County this summer and their situation

The Rams have yet to move in the transfer market
Read More
DERBYTELEGRAPH.CO.UK

MSD make loan to Derby County similar to Sunderland and Southampton - what could their motives be?

Although under the banner of FPP Sunderland and to holding company Madrox Partners, MSD have continued their 'investment' in English football
Read More
CHRONICLELIVE.CO.UK

The ex-Tiger has also had loan spells at Coventry City and Nottingham Forest
HULLDAILYMAIL.CO.UK

The Tigers entertain the Railwaymen in their first home league game
HULLDAILYMAIL.CO.UK

Both West Brom player Kieran Gibbs and Slaven Bilic saw red at the end of the first half ...
LIVERPOOLECHO.CO.UK

Defender Andy Yiadom is sidelined and misses the match with Barnsley
GETREADING.CO.UK

Nuno Espirito Santo made changes in the Carabao Cup but is expected to go with his regulars, ...
SPORTSMOLE.CO.UK

There was no complaints from Bilic about the red card from Gibbs
BIRMINGHAMMAIL.CO.UK

How Manchester City could line up against Wolverhampton Wanderers

Sports Mole looks at how Manchester City could line up for Monday night's Premier League ...
SPORTSMOLE.CO.UK

Tommy Doyle has agreed a new deal at Manchester City despite interest from elsewhere in ...
MANCHESTEREVENINGNEWS.CO.UK

Barcelona midfielder Riqui Puig is expected to leave the Catalan club on loan after being ...
STANDARD.CO.UK

The forward bagged a brace to ensure the Bluebirds came out 2-0 victors against Nottingham ...
WALESONLINE.CO.UK

Pablo Hernandez suffered a groin strain in the warm-up ahead of Leeds' clash against Fulham ...
LEEDS-LIVE.CO.UK

Aston Villa transfer news - Supporters were left unsure as to whether the former Ajax man ...
BIRMINGHAMMAIL.CO.UK

Aston Villa transfer news live coverage: Keep up to date with all the latest on Saturday, ...
BIRMINGHAMMAIL.CO.UK