Jose Mourinho branded Hugo Lloris and Son Heung-min's half-time argument vs Everton as "beautiful" - but former Tottenham manager Tim Sherwood believes it was all a "big act" and belonged in the dressing room
Read More
MIRROR.CO.UK

Alan Hutton believes that it will take a £20m bid to convince Glasgow Rangers to sell Alfredo Morelos this summer. The Colombia international has been continually linked with a move away from Ibrox over the past few weeks and months, with a number of clubs from Atletico Madrid to Everton all said to be interested […]
Read More
FOOTBALLTRANSFERTAVERN.COM

“Would love this”, “He would be massive” – Lots of Everton fans drool over links with “baller”

Plenty of Everton fans have been lauding the signing of Poppy Pattinson as she has swapped Bristol City Women for Everton Women. As per the official website of the Merseyside club, the 20-year old has left the West Country after two seasons as she came to the end of her deal with the Toffees’ Women’s […]
Read More
FOOTBALLTRANSFERTAVERN.COM The Everton forward could have turned his talents to the big screen but had to turn it down due to training commitments
Read More
MIRROR.CO.UK

Martinez explains how former club Everton benefited from being on lockdown

Everton boss Carlo Ancelotti had only been in charge of the club for a few months when the coronavirus outbreak put a stop to all football from March until June
Read More
MIRROR.CO.UK 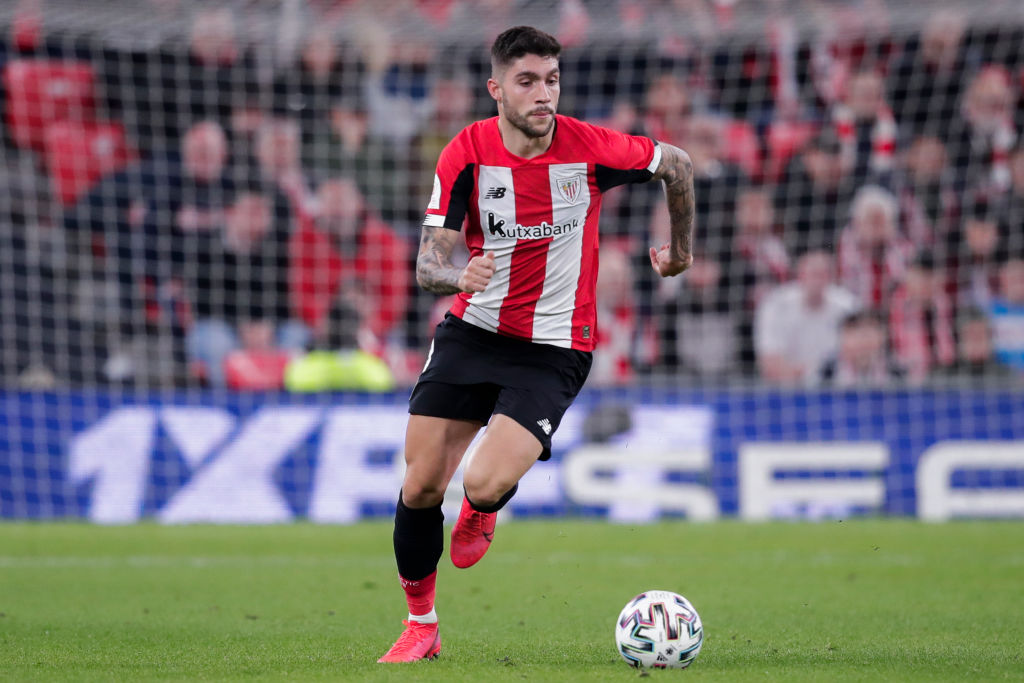 A lot of clubs are interested
Read More
METRO.CO.UK

Sebastian Quirk, 18, has signed a professional contract at Everton until the end of June 2022
Read More
LIVERPOOLECHO.CO.UK

Everton suffered a 1-0 defeat to Tottenham Hotspur on Monday night and Alex Iwobi was one of many players who underperformed. The 24-year-old failed to have a shot on target, didn’t see a lot of the ball and failed to create a chance, so it wasn’t a surprise to see him hauled off at half-time. […]
Read More
VITALFOOTBALL.CO.UK

Everton and West Ham are being linked with a summer move for out-of-favour Manchester United midfielder Jesse Lingard, whilst the Hammers are also keen on fellow outcast Phil Jones. Lingard has struggled to replicate his best form over the past two seasons and has found himself on the periphery of Ole Gunnar Solskjaer’s squad this …
Read More
THEFOOTBALLFAITHFUL.COM

Report: Everton could miss out on €15m defender with more tackles than Aurier and Azpilicueta

According to AS via Sport Witness, Everton could miss out on Djibril Sidibe this summer with Sevilla and Paris Saint-Germain showing interest in the 27-year-old. Sidibe has spent the season on loan at Goodison Park, but his form in 2020 has Carlo Ancelotti and Marcel Brands unsure whether to turn his move permanent. Sidibe joined […]
Read More
VITALFOOTBALL.CO.UK

All the latest Everton news, views and transfer rumours from the ECHO
Read More
LIVERPOOLECHO.CO.UK

The Knowledge | What are the best poems about football?

According to Correire Dello Sport, Everton could make a ‘possible revival’ for Cengiz Under and may have to battle Napoli to procure his signature this summer. AS Roma rejected a €25m + €6 bid from the Italian outfit, but advisor Franco Baldini is hoping Everton will make an improved offer of €35m to take Under […]
Read More
VITALFOOTBALL.CO.UK

Clive Nates: "I'm proud of the progress the club has made."

Clive Nates provided a transparent and at times very personal window into his thoughts on fan engagement during an interview with Fan Insights Podcast. Clive initially outlined his love of English football extending back to the late 1960s when his support for Everton first emerged. It was that passion which drove him to do something […]
Read More
VITALFOOTBALL.CO.UK

According to Record via Sport Witness, Everton have ‘made their approach’ for Jean-Clair Todibo, asking Barcelona for the terms of a deal. The 20-year-old has an uncertain future at the Camp Nou and could be on his way out this summer. He’s spent the campaign on loan at Schalke 04, but the German outfit aren’t […]
Read More
VITALFOOTBALL.CO.UK

Rule change could stay and would affect Everton and Liverpool

The Reds and Blues have been able to make five substitutions in matches since the top flight's resumption
Read More
LIVERPOOLECHO.CO.UK

Everton vs Southampton: The Opposition View

According to AS, Everton ‘have been interested’ in Unai Nunez ‘in recent months’ and may have to battle West Ham United, Arsenal, Everton, AC Milan and AS Monaco for his signature. The Toffees are on the hunt for a centre-back to accompany Mason Holgate, Yerry Mina and Michael Keane next season, but it remains to […]
Read More
VITALFOOTBALL.CO.UK

Carlo Ancelotti has confirmed that Alex Iwobi picked up a hamstring injury in the 1-0 defeat against Tottenham Hotspur on Monday night. The Italian manager spoke to Patrick Davison on the Sky Sports Football Podcast following the defeat at the Tottenham Hotspur Stadium and shed some light on his decision to sub the former Arsenal […]
Read More
THISISFUTBOL.COM

Everton v Southampton: When is it, where can you watch it, team news and what are the odds?

Whilst Tottenham Hotspur’s victory over Everton at the beginning of the week was hardly a classic or the kind of performance that fans wanted to see, it at least returned three points and if nothing else, manager Jose Mourinho has to end the season with more positives than negatives to give us some momentum going […]
Read More
VITALFOOTBALL.CO.UK

With Liverpool already crowned champions, attentions are on the race for Europe and the ...
Read More
STANDARD.CO.UK

Newcastle United were second best in the second half as they suffered a second successive ...
Read More
CHRONICLELIVE.CO.UK