'Get him out', 'Embarrassing' - Plenty of Fulham fans call for action to be taken after defeat to Leeds United

"Bielsa nailed that", "A big big must this summer": Many Leeds fans discuss 5 ft 9 ace's display

Jimmy Floyd Hasselbaink has berated the performance of Patrick Bamford in yesterday’s 3-0 win over Fulham in the Championship. The forward was on the receiving end of some stern criticism from fans last weekend. In the defeat to Cardiff, Bamford stood out as a particular weak link in the side, but he silenced many of […]
Read More
FOOTBALLLEAGUEWORLD.CO.UK

Leeds United fans swoon over Pablo Hernandez after his game-changing impact from the bench against Fulham on Saturday afternoon.
Read More
VITALFOOTBALL.CO.UK

'Premier League quality': Sky Sports pundit blown away by what one Leeds player did v Fulham Jack Harrison has stated that Leeds United team-mate Pablo Hernandez is ‘fantastic’ and has praised his ability after the 3-0 win over Fulham. The victory was a comprehensive one in the end, although the first-half was one where Leeds will have felt they were lucky to go in at the break 1-0 up. However, Marcelo […]
Read More
FOOTBALLLEAGUEWORLD.CO.UK

Jack Harrison reveals what Leeds must do next after vital victory Patrick Bamford opened the scoring for Leeds United but was replaced at half-time by Pablo Hernandez
Read More
LEEDS-LIVE.CO.UK

Leeds usually do well against sides that also play on the front foot and look to attack
Read More
LEEDS-LIVE.CO.UK

Leeds United face a massive Championship clash with Fulham on Saturday as the automatic promotion race hots up in England’s second tier. The return to action last week for Marcelo Bielsa’s side after a break from football since March due to the pandemic saw them suffer a shock defeat to Cardiff City. Defeat saw The […]
Read More
FOOTBALLTRANSFERTAVERN.COM LEEDS welcome Fulham to Elland Road for the biggest game so far in this season’s Championship promotion race. Marcelo Bielsa‘s Whites are seven points clear of the Cottagers going into this one and victory would be a huge step towards the Premier League. Both sides suffered defeats on their return to action, with Fulham going […]
Read More
THESUN.CO.UK

Leeds United face a must-win Championship clash with Fulham on Saturday afternoon as the promotion race hots up in England’s second tier. Marcelo Bielsa’s side returned to action last week after not playing since early March due to the pandemic, but the result against Cardiff City did not go the right way for the Argentine […]
Read More
FOOTBALLTRANSFERTAVERN.COM

Stuart Dallas has revealed how the Whites felt about having the artificial crowd noise at Elland Road
Read More
LEEDS-LIVE.CO.UK

Phil Hay, speaking on the latest episode of The Phil Hay Show, has revealed that Leeds United will look back on the signing of Eddie Nketiah as a good deal even though Arsenal recalled him in January. Hay discussed many topics, including the upcoming match against Fulham, but he spent a little bit of time […]
Read More
THISISFUTBOL.COM

Fulham boss Scott Parker has outlined his expectations of how an empty Elland Road might effect his side’s performance today, as they face Leeds United in the Championship. Last night saw a huge game at the top of the Championship. Brentford hosted and beat leaders West Brom to close the gap on the automatic promotion […]
Read More
FOOTBALLLEAGUEWORLD.CO.UK

‘Must win’, ‘No repeat of last season’ – Many Leeds United fans feeling anxious ahead of Fulham after last night’s result

Gerrard was wrong about Henderson and Liverpool fans love it

At one point he was being pitched to Fulham in exchange for Clint Dempsey but now the midfielder is the first man since Alan Hansen to lead Liverpool to the Premier League title
Read More
LIVERPOOLECHO.CO.UK 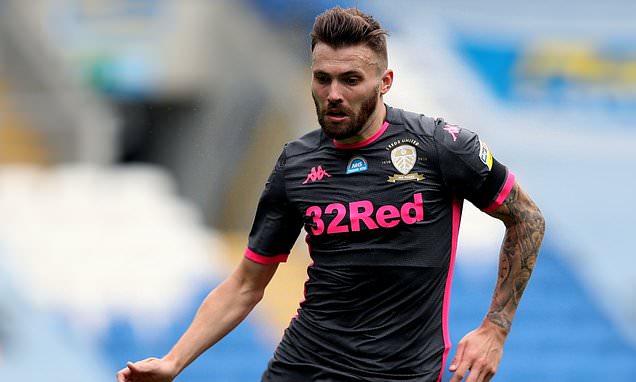 Leeds' long push for promotion will not be defined by Saturday's clash with rivals Fulham or this blockbuster weekend in the race for the Premier League.
Read More
DAILYMAIL.CO.UK

LEEDS welcome Fulham to Elland Road for the biggest game so far in this season’s Championship promotion race. Marcelo Bielsa‘s Whites are seven points clear of the Cottagers going into this one and victory would be a huge step towards the Premier League. Both sides suffered defeats on their return to action, with Fulham going […]
Read More
THESUN.CO.UK

Chelsea star Christian Pulisic has had his say on growing comparisons between him and former ...
Read More
STANDARD.CO.UK

Arsenal have conceded just once in three matches since reverting to a back three with wing-backs, ...
Read More
MIRROR.CO.UK

Jurgen Klopp's Liverpool are already out the Champions League after a round of 16 defeat ...
Read More
MIRROR.CO.UK