Oliver Norburn’s fourth minute penalty - the first goal conceded by Town at Portman Road in the league this season - has given Shrewsbury a 1-0 half-time lead over the Blues.
Read More
TWTD.CO.UK

McGavin Starts as Edwards and Hawkins Miss Out

Town are without Gwion Edwards and Oli Hawkins for this afternoon’s home game against Shrewsbury, while Brett McGavin starts in place of the suspended Andre Dozzell.
Read More
TWTD.CO.UK

Club News How they line up at Portman Road
Read More
ITFC.CO.UK

Join us in the chatroom to discuss the game as it unfolds with hundreds of other Town fans.
Read More
TWTD.CO.UK

FULLY SIGNED TOWN SHIRT TO BE WON THIS MATCHDAY

TERRY BUTCHER ON DEMENTIA IN FOOTBALL 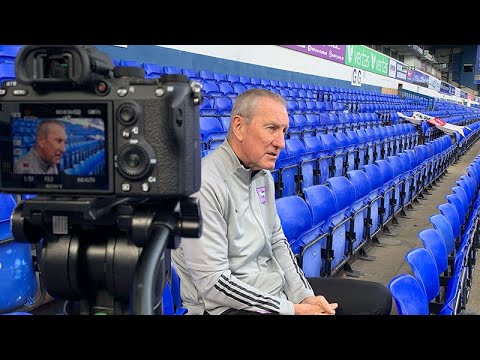 BUTCHER ON DEMENTIA IN FOOTBALL

Yet More Injury Woes To Contend With

Town host third-bottom Shrewsbury on Saturday in the first of three big home games for the Blues, who are third in the table with a 100 per cent record at Portman Road in League One this season.
Read More
TWTD.CO.UK

Nolan: I'll Give Him That One, It Was Absolutely Crazy

Jon Nolan knew the instant team-mate James Norwood hit the back of the net with a spectacular, acrobatic effort in training this week that he and the other Town players were unlikely to hear the end of it for some time.
Read More
TWTD.CO.UK

Lambert: Seven Out of Ten So Far

Seven out of 10, that’s how boss Paul Lambert rates the third-placed Blues’ start to their 2020/21 campaign.
Read More
TWTD.CO.UK

‘Brett’s the closest to Andre... he won’t let me down’ - Lambert backs young midfielder to step up

Brett McGavin has been backed to fill the boots of suspended midfielder Andre Dozzell at the base of the Ipswich Town midfield.
Read More
GREENUN24.CO.UK 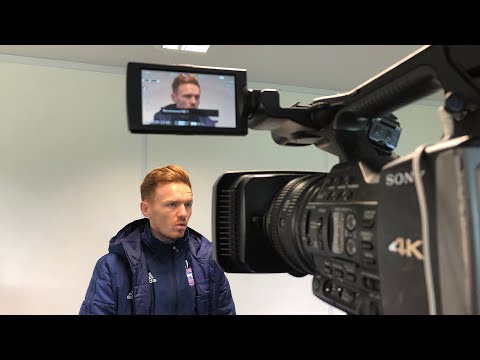 NOLO | CRUCIAL PERIOD FOR US

Interviews "If we come out of these fixtures with a considerable number of points then I don't see why this can't be a successful season for us"
Read More
ITFC.CO.UK

Midfielder Jon Nolan is looking forward to catching up with pal – and fellow Merseysider – Shaun Whalley when third-bottom Shrewsbury come to Portman Road tomorrow to launch a busy week that will see Town play three home games in a week.
Read More
TWTD.CO.UK

Lambert: McGavin Won't Let Me Down

Manager Paul Lambert has hinted that youngster Brett McGavin will get the nod to replace the suspended Andre Dozzell in the Blues midfield when Town host Shrewsbury at Portman Road on Saturday.
Read More
TWTD.CO.UK

Boss Paul Lambert has backed PFA plans to research further the issue of players suffering brain injuries during their careers due to heading the ball.
Read More
TWTD.CO.UK 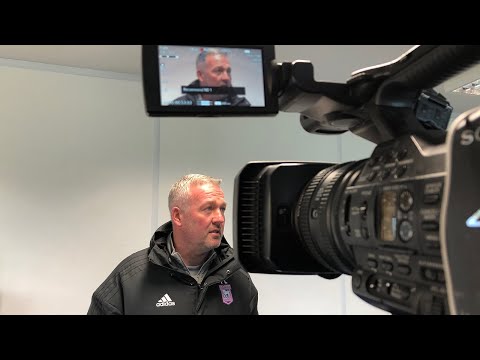 Interviews "You have to think of a player's welfare and this new system supports that"
Read More
ITFC.CO.UK

Boss Paul Lambert was delighted to see Scotland qualify for Euro 2020 during the international break, their first tournament since he represented his country at the World Cup in France in 1998.
Read More
TWTD.CO.UK

Nolan: I Lost My Head and Was Stupid

Jon Nolan has blamed his own stupidity for the late red card picked up in the controversial 1-0 defeat at former club Lincoln last month that saw him serve a three-game ban and miss the 1-0 league wins at home to Gillingham and Crewe, as well as the 2-1 defeat at Sunderland.
Read More
TWTD.CO.UK

Blues boss Paul Lambert has reiterated his backing for the EFL’s move to five subs for the remainder of the season from this weekend which was announced on Wednesday.
Read More
TWTD.CO.UK

Strikers James Norwood and Aaron Drinan returned to training yesterday, but manager Paul Lambert says a couple of other unnamed players have suffered knocks in training during the week as the squad prepared for Saturday’s home game against Shrewsbury.
Read More
TWTD.CO.UK

Ipswich Town striker James Norwood’s claim of scoring ‘the best goal I’ve ever scored’ in training this week has been backed up by team-mate Jon Nolan.
Read More
EADT.CO.UK

Paul Lambert has revealed two more members of his squad have been ruled out by injury ahead of this weekend’s game with Shrewsbury.
Read More
GREENUN24.CO.UK

The former Ipswich Town boss has been out of work since being sacked by Scunthorpe United in January
Read More
GRIMSBYTELEGRAPH.CO.UK