A conclusion to this seasons League One campaign has been delayed further after a statement from the EFL confirmed an extension until June 8. Many clubs were hoping a decision would have been met es early as next week following a vote, but that’s not the case. The Premier League has been given the green […]
Read More
VITALFOOTBALL.CO.UK

Fulham, Middlesbrough and Reading have all shown interest in Oxford United defender Rob Dickie, as reported by the Mirror. The 24-year-old, who has already been linked with a move to Burnley, Southampton and Leeds United, has had a tremendous season for the U’s, who sit third in League One while also reaching the fourth round […]
Read More
VITALFOOTBALL.CO.UK

Oxford United manager Karl Robinson is hoping his players will be firing on all cylinders when they return to training. It is now 75 days since the EFL suspended League One, with Robinson and many other head coaches feeling frustrated as a result of the amount of time it has taken to come to a […]
Read More
VITALFOOTBALL.CO.UK

The 7 question Oxford United Football Club quiz – Can you get all 7 correct?

Oxford United manager Karl Robinson says he has trust that ‘common sense will win through’ – as the promotion chasers emphatically back plans to finish the 2019/20 season.
Read More
SUNDERLANDECHO.COM

Quiz: Have Oxford United done these 15 things in the last 10 years? – Yes or no?

It promises to be a nervy end to the season for Oxford United, as the club continue to await their promotion fate. It has been a hugely positive campaign at the Kassam Stadium for the Oxfordshire outfit, with Karl Robinson’s side sitting third in the Sky Bet League One table. With 11 games still set […]
Read More
FOOTBALLLEAGUEWORLD.CO.UK

Oxford United are targeting Linfield winger Joel Cooper for a summer move, as reported by BBC Sport. The U’s, who have previously signed Gavin Whyte and Mark Sykes from the Irish League in the last few seasons, are keen to add the 24-year-old when the transfer window opens. However, the report also suggests that League […]
Read More
VITALFOOTBALL.CO.UK

The EFL have released a statement updating how they propose to end this seasons League One campaign, however, a decision is still yet to be made. A draft proposal with two options will need to be considered by all 23 clubs. A formal proposal will follow from the EFL which will then be put to […]
Read More
VITALFOOTBALL.CO.UK

Oxford United have confirmed that Kyran Lofthouse has been awarded a new deal following a successful loan spell at Oxford City. The winger, who made his senior U’s debut in the Football League Trophy win against Norwich City Under 21s earlier this season, has agreed to a new one-year deal with the club. Fabio Sole, […]
Read More
VITALFOOTBALL.CO.UK

Oxford United are hoping to finally discover their voting options later today after the EFL board met yesterday. It is believed that all 23 League One clubs will be given two options as to how to end the season. Either the remaining fixtures are played but completed behind closed doors, or points per game (PPG) […]
Read More
VITALFOOTBALL.CO.UK

EFL Propose Salary Caps for League’s One and Two

The EFL are proposing an introduction of squad salary caps for sides in Leagues One and Two, as reported by the Telegraph. The report suggests a figure of just £2.5 million for League One, while League Two clubs will be limited to £1.25 million. The EFL are also proposing automatic points deductions for clubs who […]
Read More
VITALFOOTBALL.CO.UK

There is only one way that Nathan Holland is going, and that way is up. The youngster has been truly impressive for the West Ham United U23s, with a stunning return of 12 goals from 13 appearances in the Premier League 2. The 21-year-old moved to League Two side Oxford United on loan until the […]
Read More
VITALFOOTBALL.CO.UK

Pressure from coronavirus sees Nigel Clough step down at Burton

THE uncertainty coronavirus is having over football has prompted one of Oxford United's Sky Bet League One rivals to announce a management change.
Read More
BANBURYCAKE.CO.UK

Oxford United would be promoted to the Championship with a third-place finish if the EFL opt for the weighted points per game (PPG) system, but if they decide on the unweighted option, a playoff place would be the outcome. As a result, Karl Robinson’s side would face Portsmouth in the semi-finals, with the winner of […]
Read More
VITALFOOTBALL.CO.UK

Today’s League One meeting to decide the outcome of the current season ended without a definitive agreement between the clubs. As a result, all 23 clubs will reschedule a meeting for next week in the hope of finding an outcome for the season. The meeting took place at 9.30 this morning. Oxford United, along with […]
Read More
VITALFOOTBALL.CO.UK

The U’s to Use Training Ground

Oxford United will allow their players to return to the clubs training ground to focus on their individual fitness programmes. Despite still being on furlough leave – the government paid scheme where 80% of wages are covered – the players still need to retain their fitness ahead of a possible restart to the league. The […]
Read More
VITALFOOTBALL.CO.UK

'Here's the rumours cleared up': Sunderland's promotion rivals issue a firm stance ahead of crucial League One vote 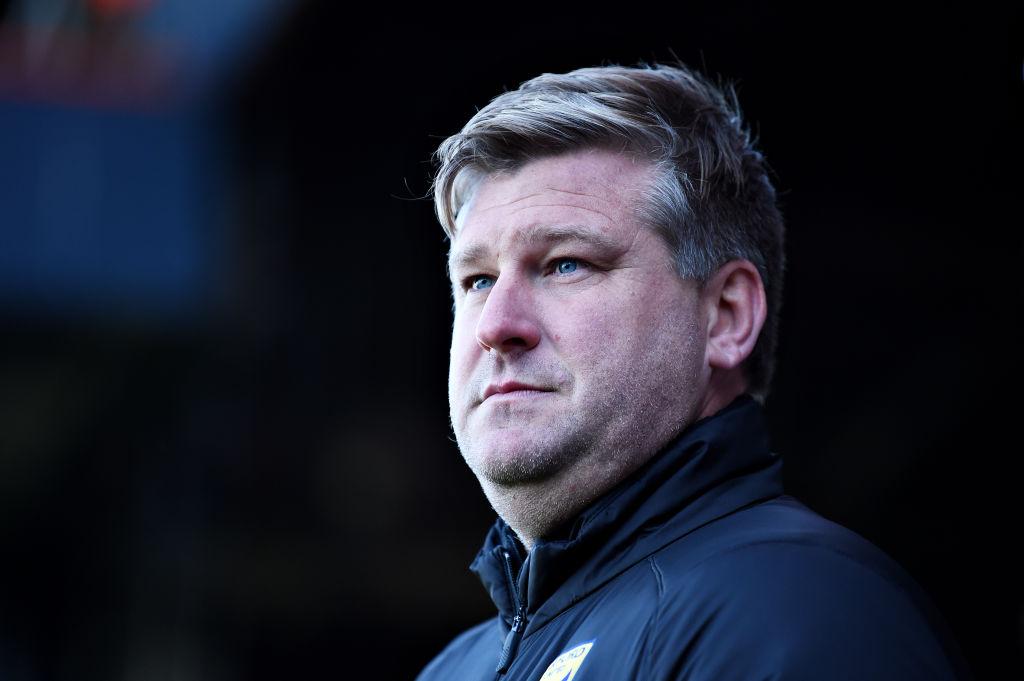 Oxford United have indicated their desire to play the remainder of the League One season – as clubs prepare for a crucial vote.
Read More
SUNDERLANDECHO.COM

There is no denying that Kemar Roofe enjoyed an impressive stint at Leeds United. The Walsall-born striker joined the Whites back in 2016 on a four-year deal from Oxford United, and initially struggled to find any form or consistency at Elland Road. His initial early poor form led him to jokingly tweet about being under […]
Read More
FOOTBALLLEAGUEWORLD.CO.UK

Ramon Diaz and the Argentinian Revolution

West Brom might view Kemar Roofe as someone who slipped through the net, but the striker still clearly has some fond memories from his brief time at the Hawthorns. Roofe made a name for himself at Oxford United and Leeds United, but his career in England began with the Baggies, who brought him through into […]
Read More
FOOTBALLLEAGUEWORLD.CO.UK

Oxford United manager Karl Robinson has made it clear that the club want to play all remaining fixtures if allowed to do so. Following the suspension of football from March due to the coronavirus pandemic, the EFL will now vote as to how they intend to conclude the campaign. A number of ideas have been […]
Read More
VITALFOOTBALL.CO.UK

Quiz: Can you remember which Oxford United manager signed each of these 15 players?

Are you an Oxford United fan? Are you bored in lockdown? We have a solution for you! Here at Football League World, we understand how hard things are right now, and we want to help you distract from that for a bit, thanks to a good old football quiz. It may not be an actual […]
Read More
FOOTBALLLEAGUEWORLD.CO.UK

Kieran Tierney has struggled to make an impact in his first year at Arsenal with injuries ...
Read More
MIRROR.CO.UK

Barcelona concede defeat in their pursuit of Neymar amid financial concerns arising from ...
Read More
SPORTSMOLE.CO.UK

The Manchester City manager spoke about his selection thoughts ahead of the FA Cup semi-final ...
Read More
MANCHESTEREVENINGNEWS.CO.UK

Ferdinand recalled the incident as he discussed why Liverpool's consistency has wavered ...
Read More
DAILYMAIL.CO.UK
The Cricket Blog