Pablo Mari has opened up on his rollercoaster and frustrating start to his Arsenal career. The 26 year-old joined the Gunners on an initial loan from Flamengo in January. However, he’s made just two appearances for Mikel Arteta’s side – his debut for Arsenal in their FA Cup win over Portsmouth on March 2, before a […]
Read More
ARSENAL-MANIA.COM

Dave Kitson wants to create a ‘new vision’ for the PFA

Sunderland ace George Dobson assesses the promotion race - and reveals why Coventry City, Portsmouth and Rotherham United should be wary 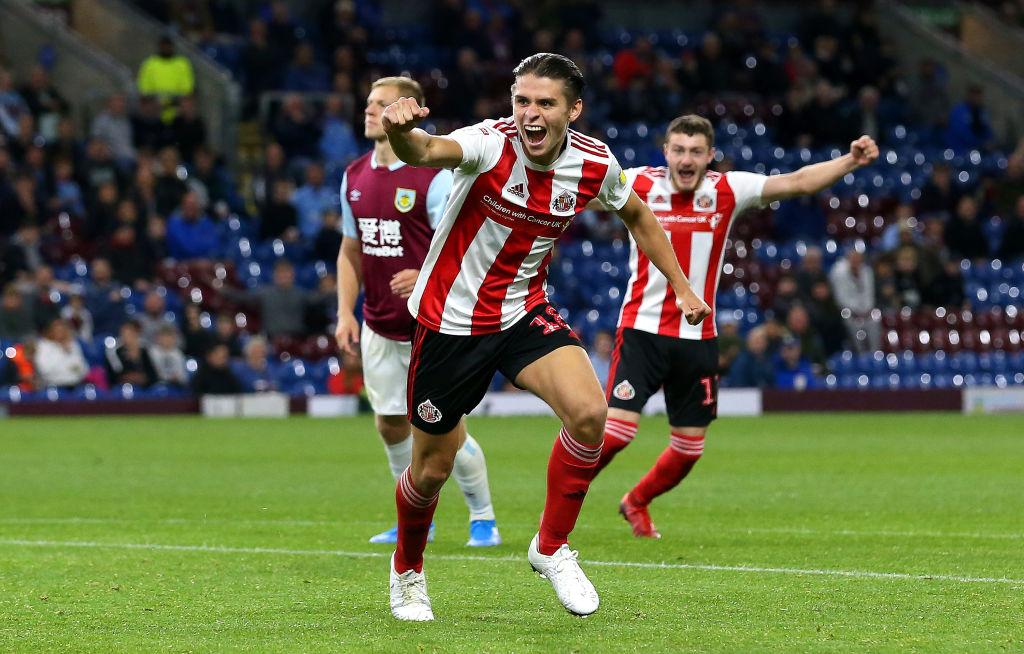 George Dobson insists that Sunderland have not yet given up on a top two finish – insisting that automatic promotion is ‘anyone’s to take’ should the League One season resume.
Read More
SUNDERLANDECHO.COM

The fate of the 2019/20 season remains unclear, but what is known is that should the campaign resume, it will be played behind closed doors.
Read More
SUNDERLANDECHO.COM

'Thanks, Pardew', 'One of the best', 'Class' - These Newcastle fans discuss 'legend'

Some Newcastle United fans have discussed their former man Laurent Robert after one of his ex-teammates at Pompey, Andy Griffin, talked about him to Portsmouth News. He said that the 44-year old was a sensational player and claims that his best years were at St. James’ Park. However, he did admit that when Robert went […]
Read More
FOOTBALLTRANSFERTAVERN.COM

Ross McCrorie has his say on permanent Portsmouth move

Portsmouth’s on-loan Rangers midfielder Ross McCrorie says he is not currently thinking about the prospect of making that move to Fratton Park permanent at the end of the season. McCrorie joined Pompey on a season-long loan deal back in the summer transfer window, and has since gone onto make 22 appearances in all competitions for […]
Read More
FOOTBALLLEAGUEWORLD.CO.UK

Kevin Ball has urged any aspiring Sunderland stars to respect the club’s fanbase - having revealed how they helped him to settle on Wearside.
Read More
SUNDERLANDECHO.COM

Portsmouth are today celebrating the anniversary of a famous win over Southampton in the Premier League. Looking back on the 2004/05 season, Southampton visited Fratton Park on April 24th, where they were met by a Pompey side ready to turn in a performance to remember. Goals from Yakubu and Arjan de Zeeuw but Pompey in […]
Read More
FOOTBALLLEAGUEWORLD.CO.UK

Opinion: Defender could stay at Portsmouth despite contract expiring this summer

Christian Burgess is out of contract this summer and could leave Portsmouth on a free transfer if he doesn’t put pen to paper on an extension, but the 28-year-old could be staying at Fratton Park as he’s an important player for Kenny Jackett and has a new deal on the table. Burgess has made 208 […]
Read More
VITALFOOTBALL.CO.UK

Chris Kamara famously missed Portsmouth midfielder Anthony vanden Borre being sent off while on Soccer Saturday duty for Sky Sports back in 2010 - a moment that has been replayed endlessly over the years
Read More
DAILYSTAR.CO.UK

Matthew Casey has an uncertain future at Portsmouth as he’s out of contract this summer and has been short of first-team football. The 20-year-old has made just three appearances at senior level for Pompey, the last coming in January 2019, so it remains to be seen if Kenny Jackett triggers his contract option to keep […]
Read More
VITALFOOTBALL.CO.UK

Johnson was brought to Anfield by Benitez in the summer of 2009 from Portsmouth for £18.5million
Read More
LIVERPOOLECHO.CO.UK

The 36-year-old former Portsmouth, West Ham United and Middlesbrough man left Wanderers last summer and has been without a club since
Read More
MANCHESTEREVENINGNEWS.CO.UK

Portsmouth 2-2 AC Milan, when Adams went up against Ancelotti

It is almost 12 years since Italian giants AC Milan travelled to England to face FA Cup winners Portsmouth at Fratton Park in the Uefa The post Portsmouth 2-2 AC Milan, when Adams went up against Ancelotti appeared first on Squawka.
Read More
SQUAWKA.COM

Jermaine Defoe has opened up about his move to return to Tottenham… and rejecting a stunning transfer to Juventus in the process. The former England striker left Spurs to join Portsmouth in January 2008 after falling out with then manager Juande Ramos. But 12 months later, with Harry Redknapp in charge at White Hart Lane, he […]
Read More
TALKSPORT.COM

Explained: 8 players could leave Portsmouth this summer, contracts expire in 2020

Explained: Every player Portsmouth have signed and sold this season

Man City celebrate promotion back to the top flight after a 3-1 win over Portsmouth in Stuart Pearce’s final match.
Read More
CLUBCALL.COM

Bryn Morris is now at Portsmouth, in League One
Read More
GAZETTELIVE.CO.UK 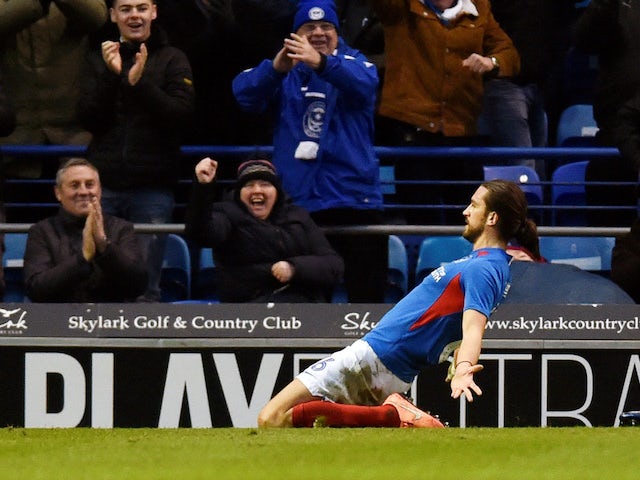 Newcastle midfielder Ritchie: The Portsmouth player who changed my thinking 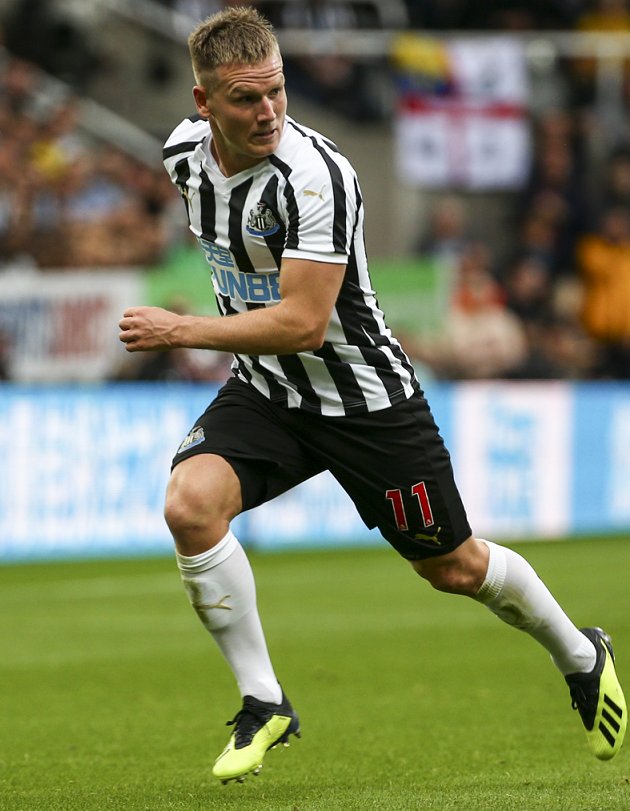 Newcastle United winger Matt Ritchie admits he would like to one day return to Portsmouth - the club he started his career with
Read More
CHRONICLELIVE.CO.UK Some Newcastle United fans have slammed comments made by Matt Ritchie as he told Portsmouth News that he would like to return to Fratton Park. According to the outlet, the 30-year old has a burning ambition to re-join the club he left back in 2011 to try and help them get back to where they […]
Read More
FOOTBALLTRANSFERTAVERN.COM

'Massive club': 23-year-old opens up on his Sunderland regrets

The power of a pause... Clive Tyldesley on his iconic Manchester United 1999 Champions League Final commentary

INTERVIEW: 'And Solskjaer has won it!' is the phrase everbody remembers - but that night ...
Read More
STANDARD.CO.UK

Wolves to rival Newcastle for striker as Jimenez proves loyalty