Clubs have been warned they face a bleak future as a result of the coronavirus outbreak
Read More
LANCS.LIVE

Bristol City were ahead of Preston North End going into the final day
Read More
BRISTOLPOST.CO.UK

The future England star was handed £50 bonus for making the matchday squad while at Deepdale
Read More
LANCS.LIVE

The Championship final day didn't go ahead today, but what might have happened if it did?
Read More
LANCS.LIVE

The latest EFL stance and why it is good news for Preston North End, Blackburn Rovers and Leeds United fans

The EFL chairman says 'some progress has been made' towards getting football back in action
Read More
LANCS.LIVE

Here's what happened to the 16 players named in the squad which beat Preston North End 3-0
Read More
MANCHESTEREVENINGNEWS.CO.UK

The EFL has set out a plan of action for a worst-case scenario.
Read More
LANCS.LIVE

The Reds are in the Championship play-off zone along with Fulham, Brentford and Preston North End
Read More
NOTTINGHAMPOST.COM

Declan Rudd feels PNE have a squad capable of playing in the top-flight
Read More
LANCS.LIVE

A lot of West Ham fans are reacting to the latest reports suggesting that Jordan Hugill will be sold in the summer, according to ClaretandH, via West Ham Gossip. The Irons signed the striker in the January transfer window on deadline day in 2018 for £9.18 million from Championship side Preston North End, via Transfermarkt, […]
Read More
FOOTBALLTRANSFERTAVERN.COM

Trundle only made two brief appearances for North End due to injury problems and has opened up on his time there
Read More
LANCS.LIVE

The Preston North End fitness picture ahead of potential return

The EFL are said to have written to its clubs on Tuesday.
Read More
LANCS.LIVE

One possible outcome to the season could be to take the halfway table as the season-ending standings
Read More
LANCS.LIVE

Preston North End boss has had to adapt due to the coronavirus pandemic
Read More
LANCS.LIVE

Following his years with Preston North End, Michael Robinson who the European Cup, Division One title and the League Cup in 1984 with Liverpool
Read More
LANCS.LIVE

Michael Robinson dead: The Liverpool fan who found his home in Spain

Michael Robinson, who has passed away aged 61, won the treble with Liverpool before playing for Preston North End and Manchester City as well as finding a punditry career in Spain
Read More
DAILYSTAR.CO.UK

'What a day', 'Brilliant' - Loads of Sheff Wed fans react to club post

Many Sheffield Wednesday fans have reacted to footage from last season’s game with Preston North End. The Owls came from two goals down to rescue a point away at Deepdale, but the draw failed to see Wednesday reach the play-offs. The scoring would open when Jayden Stockley fired in for the home side, before Tom […]
Read More
FOOTBALLTRANSFERTAVERN.COM

In this column, we look at how Crewe Alexandra have done on this day in the previous 20 years. 2001 – Crewe 1-3 Preston North End: The first game of this round-up came 19 years ago with Preston making the journey to the Alexandra Stadium. Early goals from David Healy and Jon Macken would see […]
Read More
VITALFOOTBALL.CO.UK

David Healy has revealed that feeling ‘helpless’ as Leeds United surrendered the 2006 play-off final was one of his low moments during his spell at Elland Road. Leeds have been out of the Premier League since the year 2004, but could’ve returned within just two seasons, after coming past Preston North End to reach the […]
Read More
FOOTBALLLEAGUEWORLD.CO.UK

'Wow', 'This is embarrassing' - Many Leeds United fans destroy 'rat' as claim emerges

A lot of Leeds United fans have replied to a tweet from Leeds United News on Twitter that includes a piece with quotes from Alex Neil. The Preston North End manager while speaking to Lancs Live claimed that clubs who have made staff take wage cuts or deferrals shouldn’t be allowed to sign players. He […]
Read More
THISISFUTBOL.COM

Preston North End boss Alex Neil has come under fire from a whole host of Leeds United fans after calling for measures that would ban Marcelo Bielsa’s side from signing players in the summer, according to the Yorkshire Evening Post.  Leeds were one of the first clubs to act during the pandemic, as professional players […]
Read More
FOOTBALLTRANSFERTAVERN.COM

Can you name the Newcastle United starting XI that hammered Preston to seal promotion back to the Premier League? 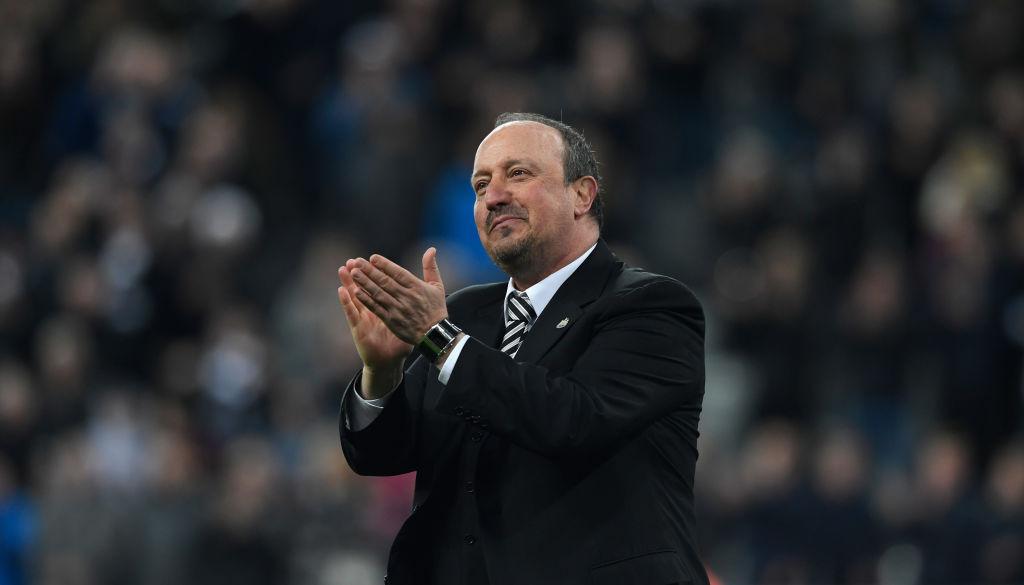 It’s three years to the day since Newcastle United confirmed their promotion back to the Premier League with an emphatic 4-1 win over Preston North End.
Read More
SHIELDSGAZETTE.COM

Preston North End boss Alex Neil has claimed that clubs that have agreed wage deferral deals with their players should be banned from signing players in the upcoming transfer window, which has left many Whites fans fuming.  The delay to the football season has now stretched on for more than a month and caused financial […]
Read More
FOOTBALLLEAGUEWORLD.CO.UK

The Football Association has granted the National League permission to extend its season ...
Read More
STANDARD.CO.UK

Saliba was signed by Arsenal for £27million last summer but the centre-back was sent ...
Read More
MIRROR.CO.UK

Jose Mourinho: 'Spurs ready to restart when given green light'

Jose Mourinho expects big fees to be a thing of the past for now after the coronavirus pandemic. ...
Read More
SPORTSMOLE.CO.UK
The Cricket Blog