Liverpool take on Shrewsbury Town in the fourth round of the FA Cup on Sunday afternoon. Here is the team we expect Jurgen Klopp to select:
Read More
FOOTBALL-TALK.CO.UK

Liverpool will field a side containing 'fresh legs' for Sunday's FA Cup trip to Shrewsbury Town as Adrian, Dejan Lovren and Naby Keita could all feature.
Read More
LIVERPOOLFC.COM Liverpool travel to Shrewsbury Town hoping to progress to the FA Cup fifth round on Sunday
Read More
LIVERPOOLECHO.CO.UK 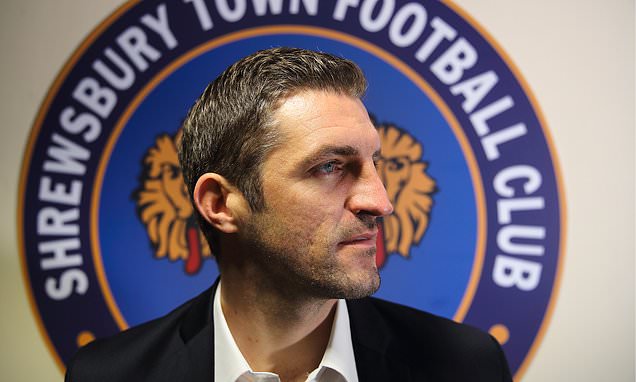 EXCLUSIVE INTERVIEW: Sam Ricketts has heard the arguments about the future of the FA Cup and understands. The manager of Shrewsbury Town has played in the Premier League.
Read More
DAILYMAIL.CO.UK The German tactician is unsure if the African stars will be fit enough to feature in the FA Cup clash at New Meadow
Read More
GOAL.COM

Jason hoping for a winning streak

Sunderland will reportedly miss out on Greg Docherty but his former Shrewsbury Town teammate could arrive at the Stadium of Light.
Read More
HITC.COM

Shrewsbury Town’s defensive approach may have frustrated Fleetwood in Saturday’s 2-2 draw but boss Joey Barton says that’s something his team will have to get used to at Highbury.
Read More
BLACKPOOLGAZETTE.CO.UK

Fleetwood Town head coach Joey Barton admitted he was ‘delighted’ with a point after his players twice came from behind to draw with Shrewsbury Town.
Read More
BLACKPOOLGAZETTE.CO.UK

Supporters of Wolverhampton Wanderers have shown their delight over a club announcement that Ryan Giles has returned from his loan spell with Shrewsbury Town. As reported by the club on Friday, the 19-year-old full-back has had his season-long loan with the League One club cut short (as per Wolves), which had many fans pleased to […]
Read More
THISISFUTBOL.COM "He always gives 100% both defensively and driving forward."

The Vital Lincoln City members’ voted for whom they believe was The Imps Man of The Match in their 1-1 draw away at Shrewsbury Town in League One. Views from PerthImp: “I wouldn’t disagree with Thommo – Harry Toffolo for me. He always gives 100% both defensively and driving forward, really busting a gut sometimes […]
Read More
VITALFOOTBALL.CO.UK

Norwich City have announced two more loan deals for squad players, Louis Thompson and Academy prospect, Louis Lomas. Thompson has completed his second loan move of the season with a move to League One with Russell Martin’s MK Dons, having spent the first half of the season at Shrewsbury Town. 🗣 "I’m delighted to get […]
Read More
VITALFOOTBALL.CO.UK

Wolves set to bring Ryan back to pack Wolves and Newcastle could offer transfer escape to Juventus misfit