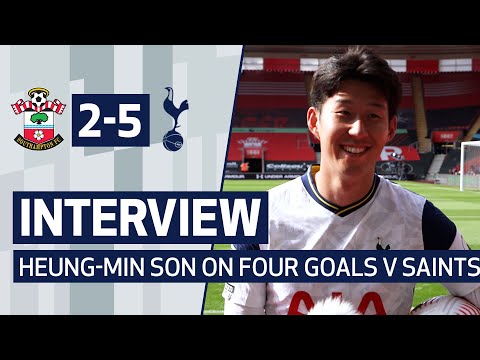 Despite Southampton slumping to a dreadful 5-2 defeat to Tottenham in the Premier Leagues, signs were there of improvement.
Read More
90MIN.COM

Mourinho comments after leaving Dele Alli out amidst PSG links Saying he wants "a balanced squad," Mourinho explained his thoughts after leaving Dele Alli out of the Tottenham 18 in a win over Southampton.
Read More
SOCCER.NBCSPORTS.COM

Son Heung-Min was the star of the show on the south coast, scoring four goals in Spurs' impressively big victory at Southampton on Sunday.
Read More
ESPN.CO.UK

Harry Kane and Son Heung-min have been speaking about Tottenham's victory over Southampton and the club's transfer dealings
Read More
FOOTBALL.LONDON

Southampton 2-5 Tottenham: Four-goal Son and Kane give Bale a glimpse of what´s to come

The Spurs boss was speaking after his side smashed Southampton 5-2, despite conceding the opening goal The post Mourinho concerned by ‘replica’ Southampton goal conceded by Tottenham; explains Ndombele substitution appeared first on teamtalk.com.
Read More
TEAMTALK.COM

Son Heung-min showed that he has no intention of losing his shirt to Gareth Bale after firing four goals in Tottenham's 5-2 win at Southampton.
Read More
INDEPENDENT.IE

Heung-min Son and the other players who have scored four goals in a single Premier League match, including Salah, Aguero and Henry The two men linked up to great effect in the final third to down the Saints in impressive fashion on the south coast
Read More
GOAL.COM 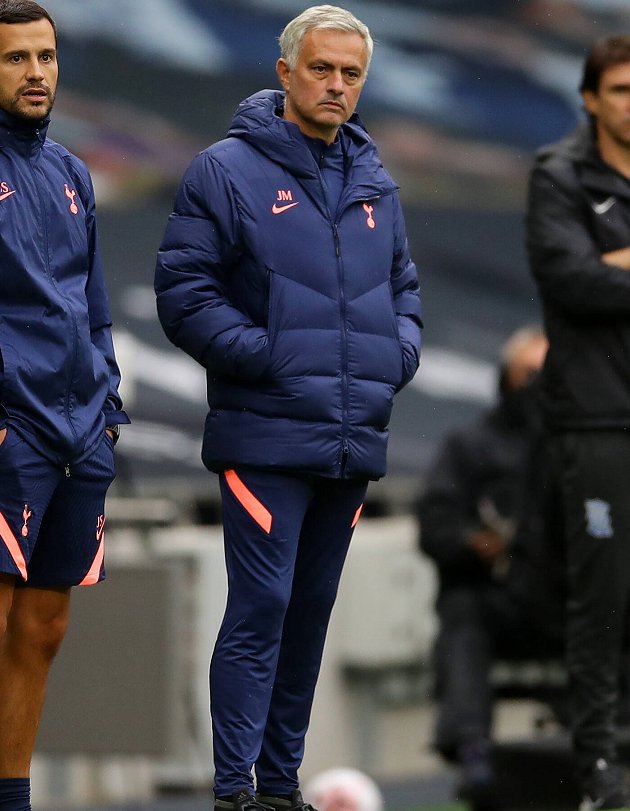 Opinion: Five things we learned from the 5-2 win over Southampton in the Premier League

Here's how we rated the Tottenham Hotspur players after their 5-2 victory at Southampton in the Premier League
Read More
FOOTBALL.LONDON 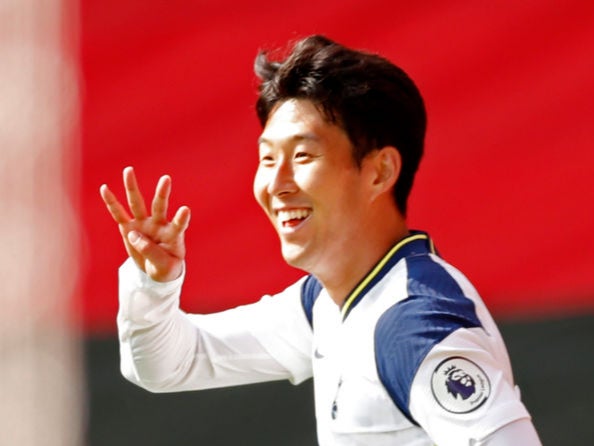 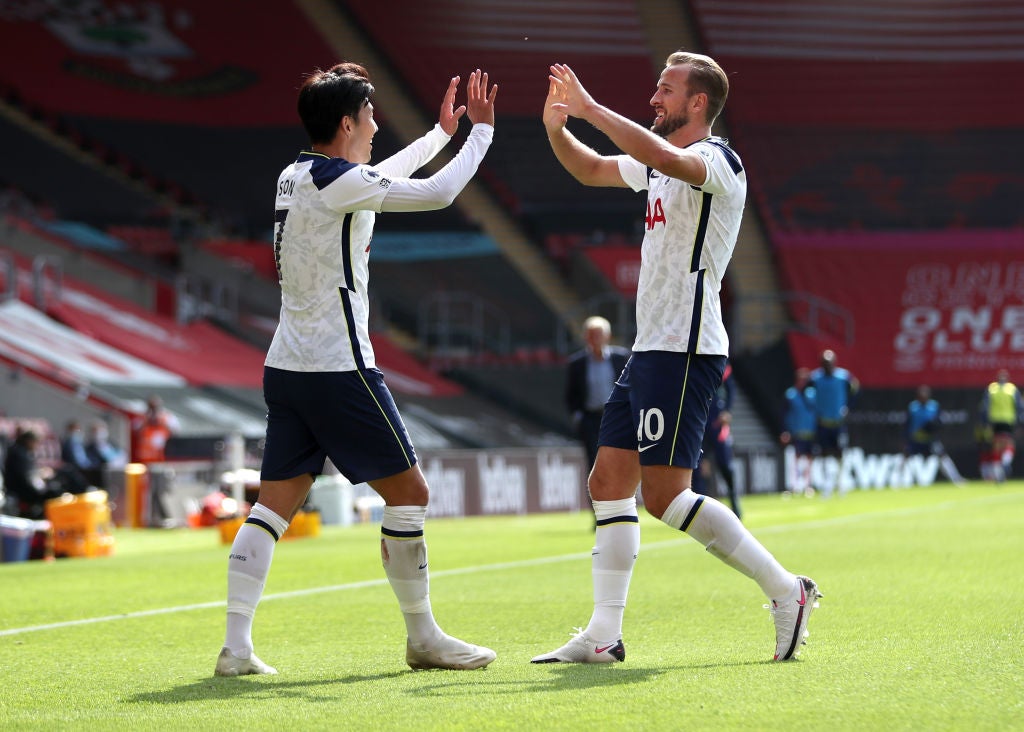 Southampton 2-5 Tottenham: Four-goal Son and Kane give Bale a glimpse of what's to come The winners of last season's major European club competitions will meet in Budapest on Thursday ...
STANDARD.CO.UK

Frank Lampard says his decision to leave Antonio Rudiger and Ruben Loftus-Cheek out of his ...
STANDARD.CO.UK

Report: PSG Could Be Open to Selling Kehrer

PSG could seek to offload Kehrer. The post Report: PSG Could Be Open to Selling Kehrer ...
PSGTALK.COM

Arsenal have booked a potential fourth-round clash with Liverpool after victory over Leicester ...
TRIBALFOOTBALL.COM

Watford are doing their part to help Ismaila Sarr seal a dream move to either Manchester ...
TRIBALFOOTBALL.COM

Carlo Ancelotti does not believe Jordan Pickford was solely responsible for the first goal ...
LIVERPOOLECHO.CO.UK

Live commentary stream and goal and score updates as Everton travel to League One Fleetwood ...
LIVERPOOLECHO.CO.UK

Player was receiving a pain-killing injection to aid a rib injury when the incident happened ...
INDEPENDENT.CO.UK

Morecambe boss Derek Adams had high praise for Newcastle United after his side bowed out ...
THEVISITOR.CO.UK

Lijnders explains the new quality Thiago will bring to Liverpool

Three months after bringing his Paris Saint-Germain career to an end in the Champions League ...
STANDARD.CO.UK

Jacob Murphy will stay at Newcastle after Morecambe display

The winger impressed as the Magpies romped to a 7-0 win over Morecambe in the Carabao Cup ...
CHRONICLELIVE.CO.UK

The economic uncertainty across Europe is the chief reason for top-flight clubs so far recouping ...
DAILYMAIL.CO.UK

CRAIG HOPE IN FLORIDA: Hudson was a young player at Newcastle United in the mid-Seventies, ...
DAILYMAIL.CO.UK