Bristol Rovers take on Swindon Town on Saturday with director of football Tommy Widdrington at the helm following the decision to part ways with Paul Tisdale this week
Read More
BRISTOLPOST.CO.UK Swindon Town are reportedly interested in signing Bristol City goalkeeper Jose Wollacott on loan according to journalist Alan Nixon.  Wollacott is yet to make a first-team appearance for the Championship side this season, as they look to finish in the top-six heading into the second half of this year’s campaign. Bristol City are sat tent[...]
Read More
FOOTBALLLEAGUEWORLD.CO.UK

The striker is without a goal in his past five matches for Pompey, and was substituted during Portsmouth's 2-0 win against Swindon Town at Fratton Park on Tuesday
Read More
HAMPSHIRELIVE.NEWS

Ahead of Saturday's game against Swindon Town, Tommy Widdrington and Martyn Starnes will speak to the press on Friday
Read More
BRISTOLPOST.CO.UK

The 21-year-old had joined the League One side in early January, making eight appearances for the club
Read More
IRISHMIRROR.IE 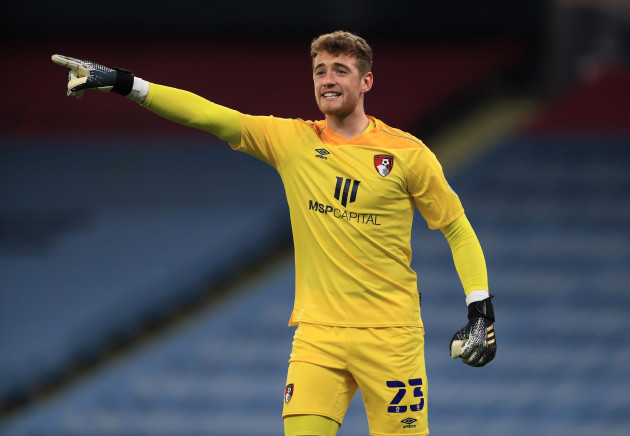 Travers had made the move to Swindon Town last month but is now back at Bournemouth.
Read More
THE42.IE

Bristol Rovers go into this weekend’s West Country derby with Swindon with them looking for a first win […]
Read More
GASCASTPODCAST.CO.UK

“LET’S WORK TOGETHER” – An open letter from the board of the Swindon Town Supporters’ Trust.
Read More
SWINDONADVERTISER.CO.UK

How is ex-Sunderland and Swindon manager Paulo Di Canio getting on these days? Given the nature of his playing career, Paulo Di Canio’s time as a manager was never going to be an uneventful one. Following his retirement from playing in 2008, the West Ham icon took some time before returning to English football in a managerial capacity, doing so with Swindon Town in the summer of 2011. […]
Read More
FOOTBALLLEAGUEWORLD.CO.UK

We take a look back at Portsmouth's 2-0 win against Swindon Town at Fratton Park, with Ronan Curits and Ellis Harrison on target for Kenny Jackett's side
Read More
HAMPSHIRELIVE.NEWS

Neil Allen's Portsmouth ratings: Ronan Curtis is star man - but who else impressed in win over Swindon?

Ronan Curtis was named The News’ man of the match in Pompey's 2-0 victory over Swindon Town.
Read More
PORTSMOUTH.CO.UK

Here's how we rated the Pompey players in the League One clash with Swindon Town at Fratton Park, as goals from Ronan Curtis and Ellis Harrison helped the hosts to victory
Read More
HAMPSHIRELIVE.NEWS

Ronan Curtis has returned to the Portsmouth starting lineup to face Swindon Town after impressing as a substitute in the 2-2 draw with Plymouth Argyle on Saturday
Read More
HAMPSHIRELIVE.NEWS

Pompey are back in League One action at Fratton Park tonight as they welcome Swindon Town to the south coast, looking for a return to winning ways after a 2-2 draw with Plymouth
Read More
HAMPSHIRELIVE.NEWS

Latest Portsmouth team news pre-Swindon, what will the Pompey XI look like tonight? Portsmouth take on Swindon Town this evening in another big game in Sky Bet League One. Pompey could only draw at the weekend in the third tier with a 2-2 draw coming against Plymouth Argyle and they’ll be looking for better this evening when they take to the pitch at what’s set to be a […]
Read More
FOOTBALLLEAGUEWORLD.CO.UK

Portsmouth boss Kenny Jackett has some decisions to make when it comes to his starting lineup to face Swindon Town at Fratton Park this evening in League One
Read More
HAMPSHIRELIVE.NEWS Kenny Jackett will be without a key player for Portsmouth’s midweek League One clash with Swindon Town after Michael Jacobs was struck down with a hamstring injury. And he will also be without Danish defender Rasmus Nicolaisen once again, who may return for the weekend encounter against Crewe Alexandra. Jacobs was forced off after an […[...]
Read More
FOOTBALLLEAGUEWORLD.CO.UK