Patrick Bamford has hit out at David O’Leary following the former Leeds United manager’s comments on talkSPORT. Leeds won promotion and secured a long-awaited return to the Premier League at the weekend, with both West Bromwich Albion and Brentford on the end of defeats. Bamford has played a key role in helping Leeds get back […]
Read More
FOOTBALLLEAGUEWORLD.CO.UK

Slaven Bilic says Chris Brunt has been instrumental for Albion this season – with the club legend potentially set to be named in a Baggies squad for the final time tomorrow.
Read More
EXPRESSANDSTAR.COM

Tune into yet another episode of the Baggies Broadcast as Luke Hatfield is hosting alongside Express & Star West Brom reporter Joe Masi.
Read More
EXPRESSANDSTAR.COM 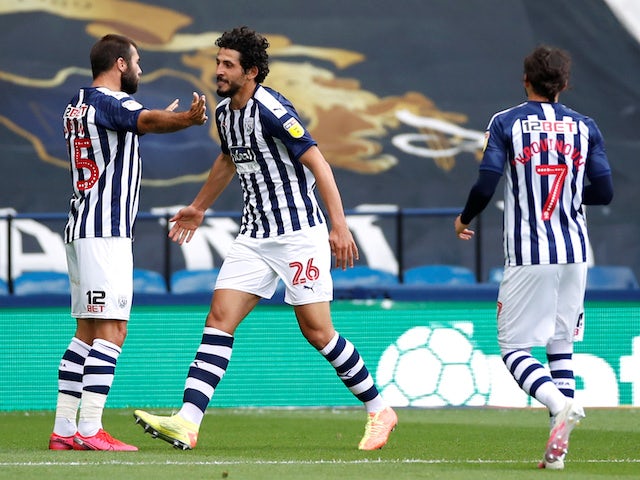 Huddersfield Town have reportedly made an approach for Leeds United coach Carlos Corberan, as the club look to replace Danny Cowley. Town parted company with Cowley on Sunday afternoon despite a 2-1 victory over West Bromwich Albion on Friday night, and the Terriers will now be on the lookout for his replacement. According to Craig […]
Read More
FOOTBALLLEAGUEWORLD.CO.UK

The Athletic’s West Brom reporter Steve Madeley says he does not expect Slaven Bilic to be sacked by the club this summer, even if they do not win promotion to the Premier League. Brentford’s defeat at Stoke on Saturday afternoon means that the Baggies will go into the final game of the season knowing that […]
Read More
VITALFOOTBALL.CO.UK Leeds United fans may think they are still dreaming, but they are not. Promotion to the Premier League was officially confirmed as second-place West Bromwich Albion failed to beat Huddersfield Town on Friday as they lost 2-1, which ended a 16-year absence from top-flight football for the Whites. This brings their journey to an end […]
Read More
VITALFOOTBALL.CO.UK Brentford have lost 1-0 to Stoke and missed a golden opportunity to leapfrog West Bromwich Albion in their battle for English Premier League promotion.
Read More
7NEWS.COM.AU

An entertaining clash at Craven Cottage was played out on Saturday afternoon between Fulham and Sheffield Wednesday as the home side eventually ran out 5-3 winners in the Sky Bet Championship. With both West Bromwich Albion and Brentford both losing before kick-off in west London, Fulham knew a win could see them turn up the […]
Read More
FOOTBALLLEAGUEWORLD.CO.UK

“Not Dicking Around” – Leeds Don’t Need Automatic Promotion, We’ll Go Up As Champions Thanks

I would imagine there are quite a few Leeds United fans who woke up with sore heads this morning following confirmation of our automatic promotion spot to the Premier League being clinched last night as West Bromwich Albion slipped up. Well, it’s now going to be a weekend of sore heads as with Brentford slipping […]
Read More
VITALFOOTBALL.CO.UK Brentford were defeated 1-0 by Stoke City to hand the promotion advantage back to West Bromwich Albion ahead of the final game
Read More
BIRMINGHAMMAIL.CO.UK West Bromwich Albion news: Slaven Bilic's men have their fate back in their own hands after Stoke City's 1-0 defeat of Brentford at the bet365 Stadium this afternoon
Read More
BIRMINGHAMMAIL.CO.UK

Stoke City 1-0 Brentford: Bees miss out on chance to leapfrog West Brom in the Championship 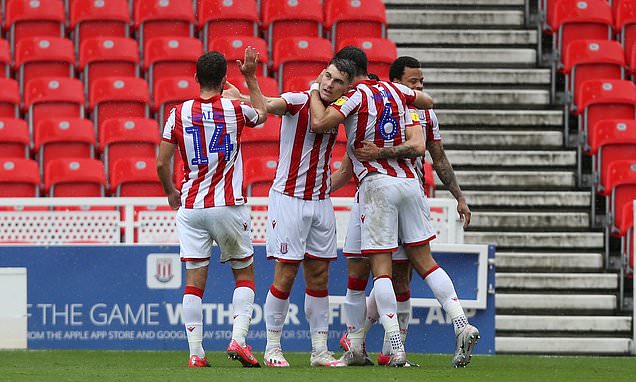 JOE BERNSTEIN AT THE BET365 STADIUM: Brentford missed the chance to gain a crucial advantage over West Bromwich Albion going into the final game of the season.
Read More
DAILYMAIL.CO.UK

West Bromwich Albion news: James McClean starts for the hosts at the bet365 Stadium and Baggies fans are hoping for a favour from their former player this afternoon
Read More
BIRMINGHAMMAIL.CO.UK

Leeds United reportedly have to pay £25 million in promotion bonuses and other fees after it was confirmed yesterday that they are guaranteed to go up to Premier League this term.  West Bromwich Albion were beaten 2-1 by Huddersfield Town at the Hawthorns last night – a result that means the Whites will finish as […]
Read More
FOOTBALLLEAGUEWORLD.CO.UK

It was a hugely disappointing night for West Brom on Friday, as their automatic promotion hopes were left hanging by a thread following a 2-1 defeat at Huddersfield. Things started badly for the Baggies when Chris Willock put the hosts in front early on after a Juninho Bacuna free-kick caused trouble in the West Brom […]
Read More
VITALFOOTBALL.CO.UK 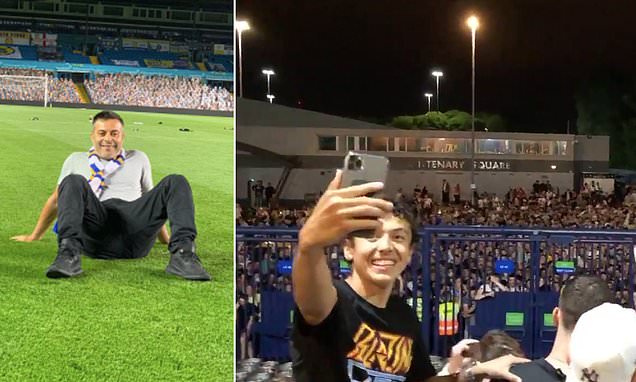 West Bromwich Albion news: Danny Cowley has been speaking about the promotion of Marcelo Bielsa's side back to the Premier League after a 16-year absence from the top flight
Read More
BIRMINGHAMMAIL.CO.UK

West Bromwich Albion fans appear to be split on the job that Slaven Bilic has done this season, after their 2-1 loss at Huddersfield Town last night. It was a loss that saw Leeds United promoted back to the Premier League. For the Baggies though, they look set to be overtaken by a rampant Brentford […]
Read More
FOOTBALLLEAGUEWORLD.CO.UK

Leeds United back in Premier League after 16-year absence Chelsea are famed for having a giant squad where they stockpile players and loan them out, ...
Read More
CAUGHTOFFSIDE.COM

Ryan Fraser weighing up close to double-your-money deal worth £50,000 per week from Crystal Palace

Palace are keen on the Scot and prepared to hand him a deal worth in the region of £50,000 ...
Read More
DAILYMAIL.CO.UK
The Cricket Blog