EXCLUSIVE INTERVIEW BY MATT BARLOW: Through the clear eyes of 11 sober years, Alan Knight can make perfect sense of his personal crash into the ranks of the homeless.
Read More
DAILYMAIL.CO.UK

O'Neil, who played more than 500 games in the Premier League and Championship having played for the likes of Portsmouth and West Ham, has taken his first steps into coaching.
Read More
DAILYMAIL.CO.UK

Portsmouth boss Kenny Jackett has lifted the lid on a failed summer move for Cameron McGeehan, who has moved to Belgium. Jackett’s Pompey side missed out on promotion from League One to the Championship last term after a play-off semi-final defeat to Oxford United. McGeehan, who was involved in the 2019/2020 season for the Fratton […]
Read More
FOOTBALLTRANSFERTAVERN.COM The former midfielder received a recommendation for the job from sporting director Michael Edwards having worked together at Portsmouth
Read More
GOAL.COM

Quiz: Are these 10 facts about Portsmouth actually true?

Portsmouth had an unfortunate campaign as they faltered once more in the play-off semi-finals as they lost to Oxford United. They’ll be aiming to pick themselves up in the new season and try and get that all important promotion out of the division. If you think you’re clued up on all things Portsmouth, have a […]
Read More
FOOTBALLLEAGUEWORLD.CO.UK 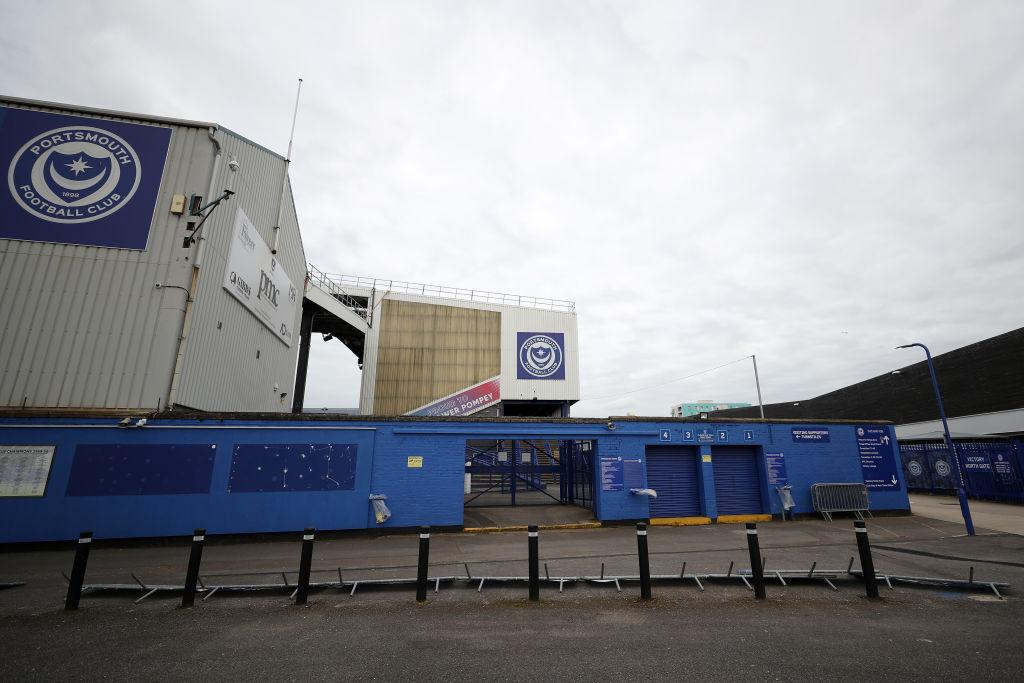 The row over the introduction of a salary cap in League One has the ‘potential to get messy’, according to Portsmouth chief executive Mark Catlin.
Read More
SUNDERLANDECHO.COM

Further details have emerged after Portsmouth missed out on the chance to sign Barnsley midfielder Cameron McGeehan on a permanent deal this summer. McGeehan made the move to Fratton Park on loan back in January, extended his deal when Pompey tackled the play-offs as well, but it was confirmed that he will not be returning […]
Read More
FOOTBALLLEAGUEWORLD.CO.UK

The 34-year-old has been linked with a move to Fratton Park
Read More
LANCS.LIVE

Portsmouth’s attempt to land Blackburn Rovers defender Charlie Mulgrew has taken a turn for the worse, according to Portsmouth News. Pompey have been unable to advance negotiations and it looks as though any sort of transfer deal is somewhat buried, although a loan move could still be on the cards. Mulgrew has just one year […]
Read More
FOOTBALLLEAGUEWORLD.CO.UK

Portsmouth have missed out on the signing of Cameron McGeehan who has left Barnsley to join Belgian side KV Oostende. Kenny Jackett’s Pompey side missed out on promotion to the Championship last term after losing on penalties to Oxford United in the play-off semi-finals. McGeehan, who was part of that side, missed the fateful spot […]
Read More
FOOTBALLTRANSFERTAVERN.COM

Players Blues could target as League One salary cap is introduced

Clubs in the third and fourth tier are taking action to stop clubs over-spending - can Blues pick up talent from Portsmouth, Sunderland and the like?
Read More
BIRMINGHAMMAIL.CO.UK

Sunderland and Portsmouth have to spend the same as Crewe and Burton! Ridiculous!' Cats fans fume at salary cap vote 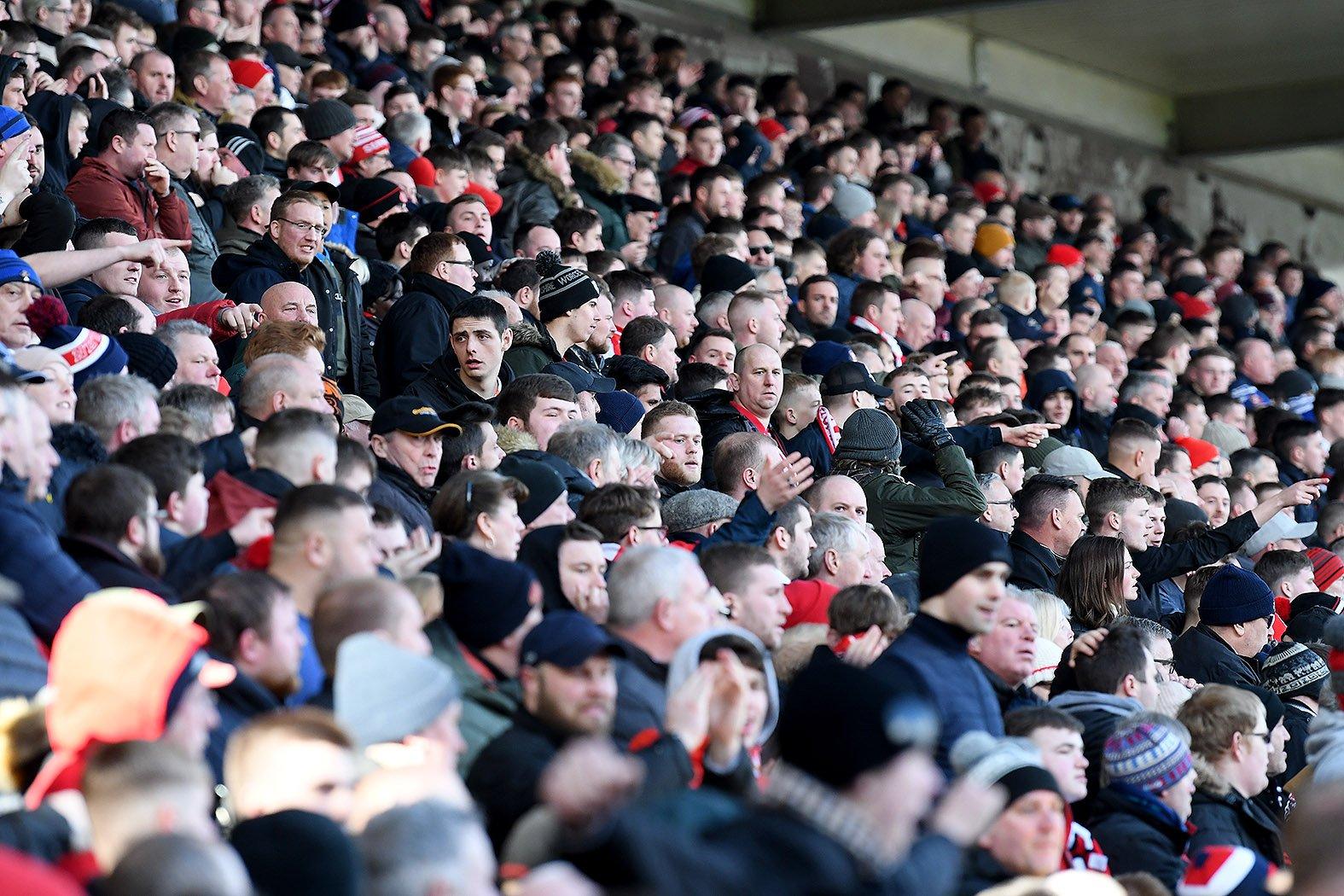 League One clubs have voted in favour of a salary cap - and Sunderland supporters have been quick to let their feelings known following the announcement.
Read More
SUNDERLANDECHO.COM 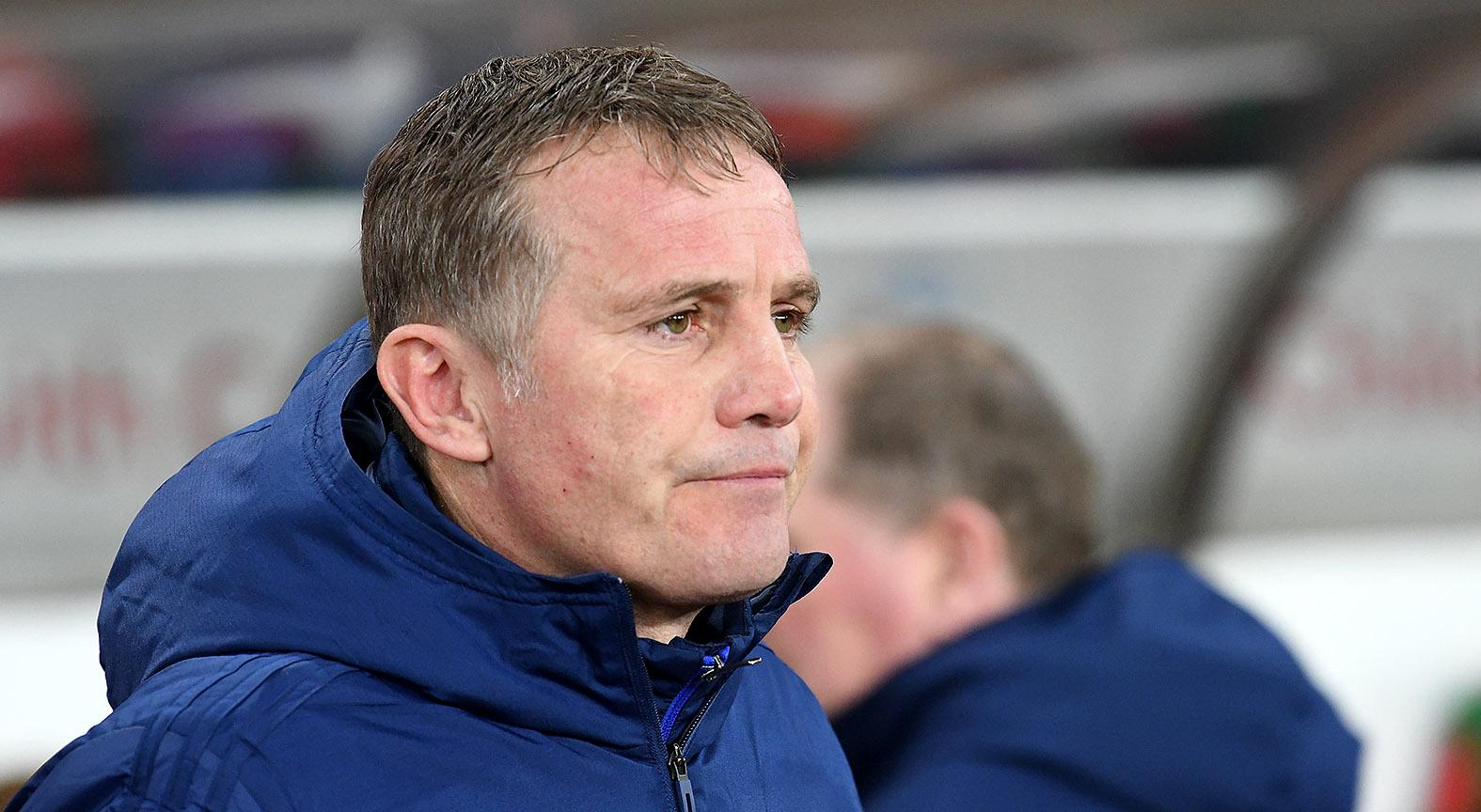 While there may still be no football being played at the Stadium of Light, there remains no shortage of news coming from Sunderland AFC.
Read More
SUNDERLANDECHO.COM

Portsmouth chief executive Mark Catlin has confirmed that the League One salary cap was passed by only one vote and has revealed that two clubs had a late change of mind ahead of the lunchtime poll.
Read More
TWTD.CO.UK 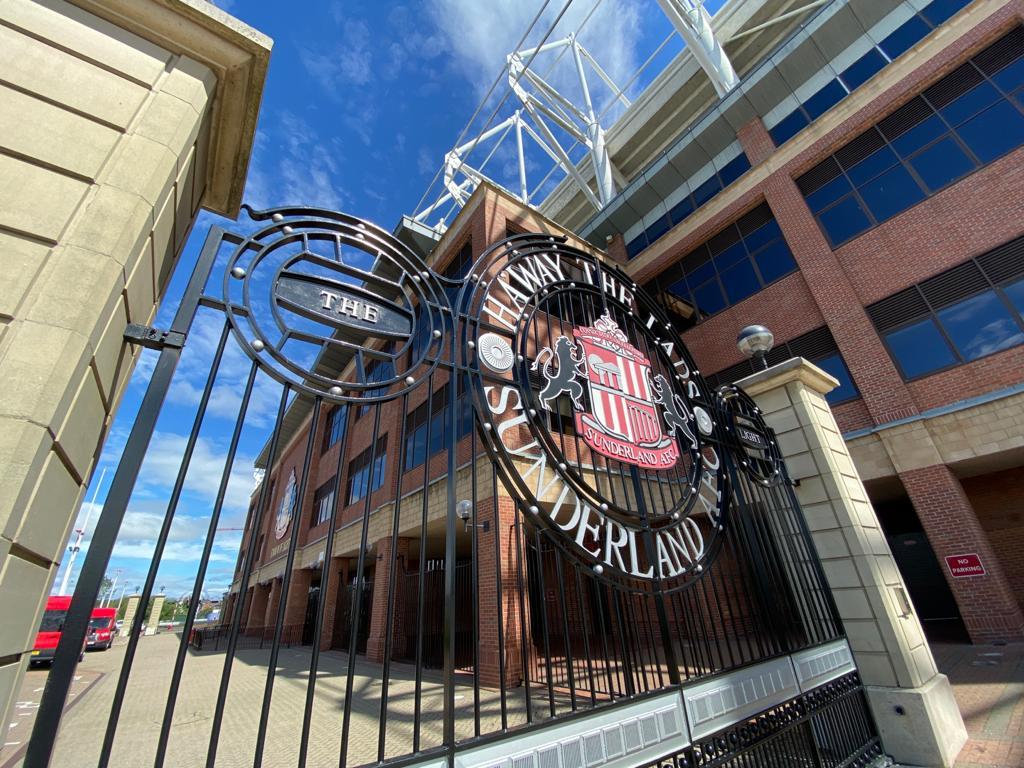 League One clubs have voted to bring in a salary cap, the EFL has announced.
Read More
SUNDERLANDECHO.COM

How Sunderland, Portsmouth, Ipswich Town and their League One rivals are expected to vote on the controversial salary cap plans 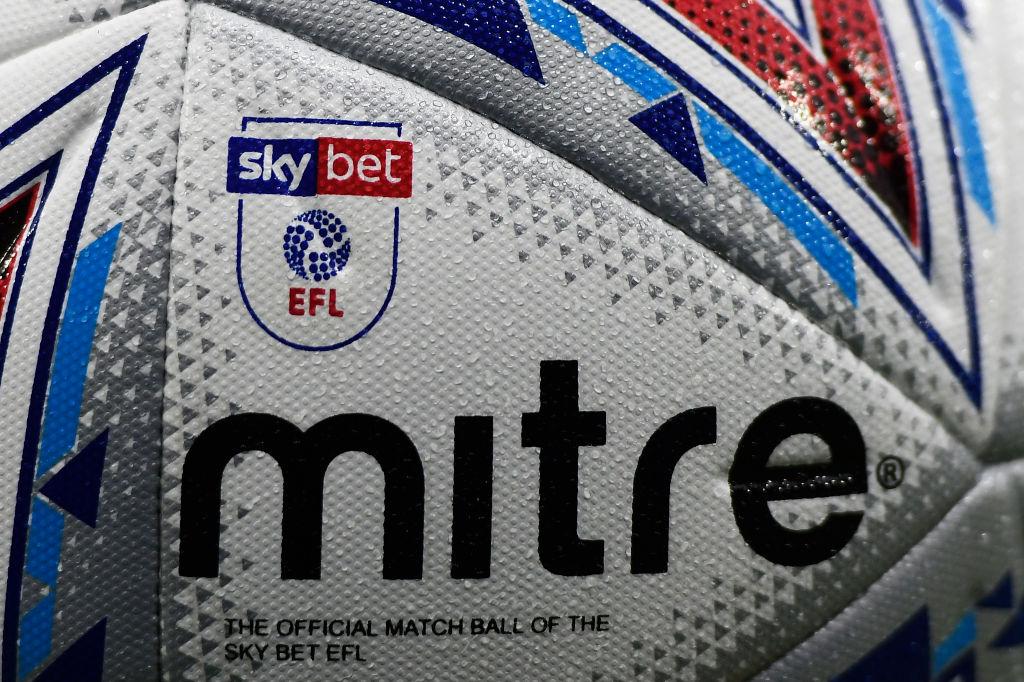 League One clubs will head to the polls today to vote on whether a salary cap should be introduced for the 2020/21 season – but how are Sunderland and their rivals expected to vote?
Read More
SUNDERLANDECHO.COM

Portsmouth have received one objection to their plans of a redevelopment of Fratton Park and it has come from a Pompey fan living in Southampton. A proposal by the League One club to undergo a multi-million pound regeneration of the club’s home ground were first put together back in January. The plans would begin with […]
Read More
FOOTBALLTRANSFERTAVERN.COM 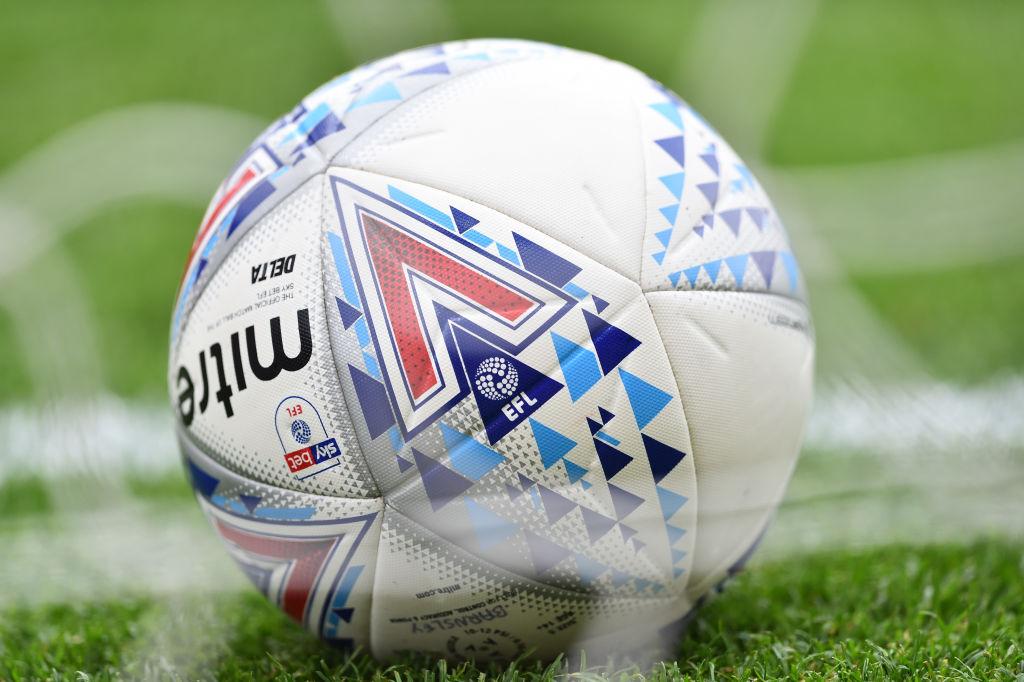 The Professional Footballers Association have slammed the salary cap proposals facing League One clubs – having claimed the plans are ‘being rushed through without proper consideration or consultation’.
Read More
SUNDERLANDECHO.COM

Report: Portsmouth face competition in their hopes of bringing back ex-Pompey loanee

Portsmouth are keen to make a move for former loanee Ross McCrorie, who has returned to parent club Glasgow Rangers. The 22-year-old arrived at Fratton Park last summer on a 12 month loan deal and, whilst a permanent option was reported – something that Rangers boss Steven Gerrard later denied – he has since returned […]
Read More
FOOTBALLTRANSFERTAVERN.COM 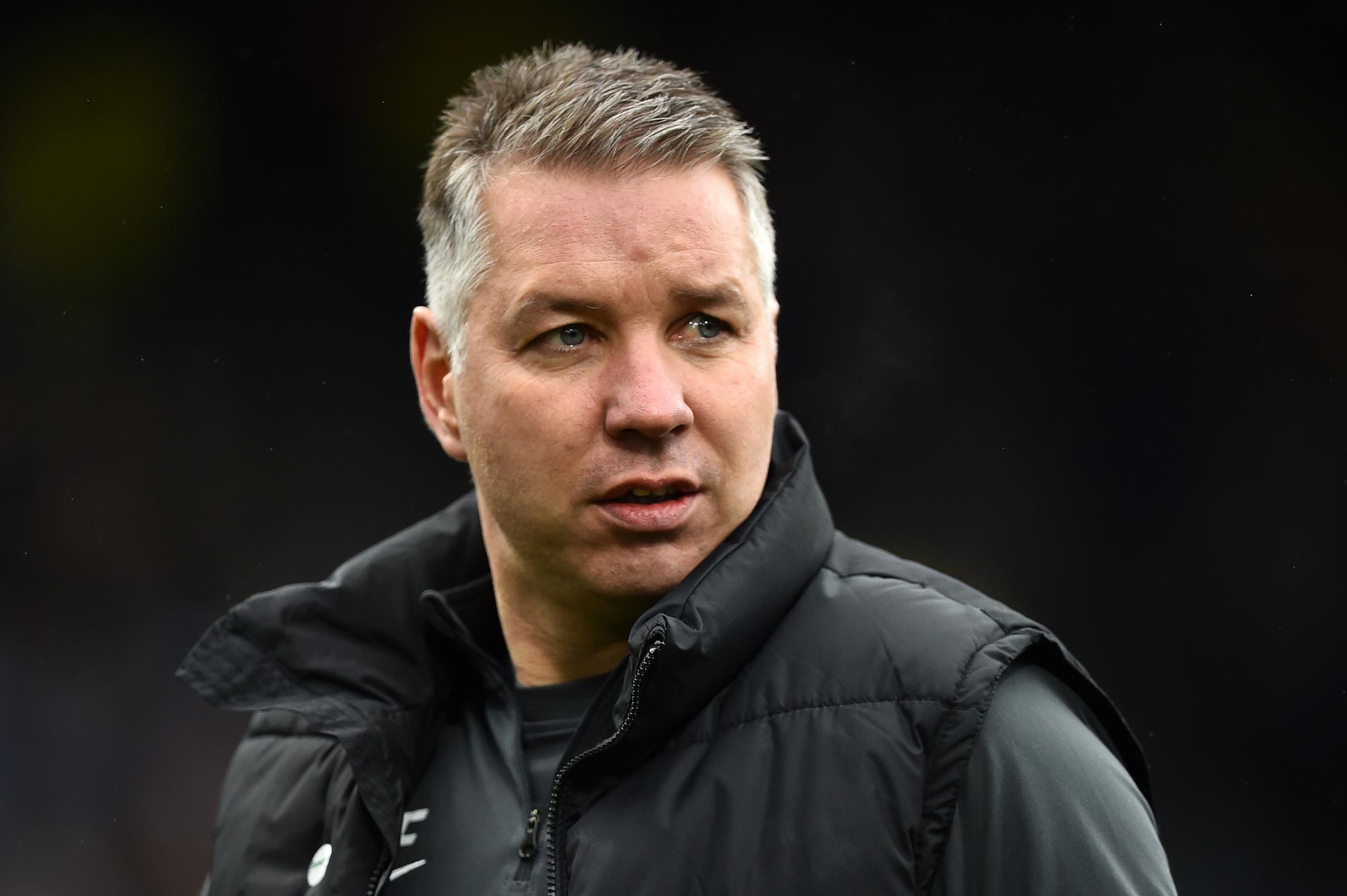 The new League One season is just over a month away, and excitement is building as the fight for promotion and battle against relegation all begin again, in what looks set to be an enthralling 2020/21 campaign.
Read More
PETERBOROUGHTODAY.CO.UK

Ross McCrorie will not be returning to Portsmouth this summer transfer window, as the Rangers man looks for a permanent stay somewhere in Scotland – according to the Portsmouth News. The report reveals that Kenny Jackett would like to bring the versatile McCrorie back to Fratton Park for the new League One season but the […]
Read More
FOOTBALLLEAGUEWORLD.CO.UK

BRIDPORT have pulled off a coup by securing the signature of former Portsmouth and Dorchester striker Liam Sayers.
Read More
BRIDPORTNEWS.CO.UK

Upamecano should be the transfer replacement for Virgil Van Dijk