Leicester City are on the hunt for a new centre-half and have circled Ben Davies as an option
Read More
LANCS.LIVE Queens Park Rangers are set to miss out on Jordan Hugill, with Norwich City said to be in talks to sign the West Ham United striker for a fee of around £5m. Hugill has found regular game time hard to come by at West Ham since joining from Preston North End in 2018, making only […]
Read More
FOOTBALLLEAGUEWORLD.CO.UK

The summer transfer window has been open since July 27th
Read More
LANCS.LIVE

The draw has taken place for the first round of the competition
Read More
LANCS.LIVE The EFL Cup’s first round will be split into a north and south section
Read More
LANCS.LIVE

North End will find out their Carabao Cup first round tie on Tuesday, August 18 at 10am
Read More
LANCS.LIVE

Preston keen on Keinan Davis – What could he bring to Deepdale?

Another report emerging today is that Preston North End are keeping tabs on Keinan Davis from Aston Villa with a view to bringing him to Deepdale on loan this summer. The rumour comes from journalist Alan Nixon – so isn’t a 100% credible source by any means – but it’s an intriguing potential move for […]
Read More
VITALFOOTBALL.CO.UK

The competitions early rounds in September could be used as test events to get supporters back to live sporting events
Read More
LANCS.LIVE

League Two side linked with a move for Ripley who has struggled for game time at Deepdale
Read More
LANCS.LIVE

Could Preston make a move for Charlton’s Macauley Bonne?

Aston Villa writer Ashley Preece gives his take on striker Keinan Davis, who could be on his way out of Villa Park this summer
Read More
LANCS.LIVE

North End have tied the two players down to new deals ahead of the 2020-21 Championship season
Read More
LANCS.LIVE

Millwall, Preston North End and Barnsley have all checked on the 25-year-old who started out in non-league at Newcastle Town and Stafford Rangers.
Read More
DAILYMAIL.CO.UK

The striker enjoyed a fine first season in the Championship after making a step up the leagues
Read More
DERBYTELEGRAPH.CO.UK

Preston North End have confirmed that forward Sean Maguire has extended his contract until the summer of 2023. The striker has made just under 100 appearances for the Lilywhites and it looks as though he’s set to make many more, with Preston signing him up for another three seasons. Maguire has struggled at times to […]
Read More
FOOTBALLLEAGUEWORLD.CO.UK 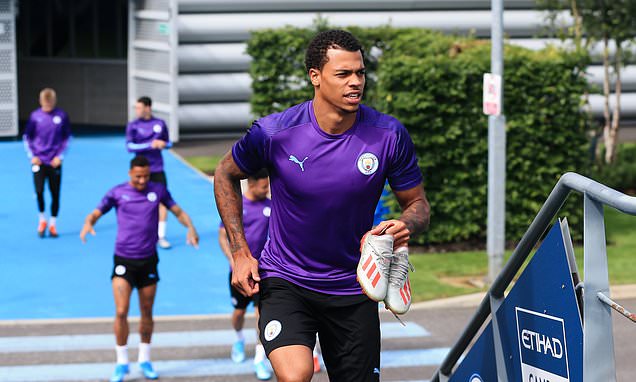 The 21-year-old has had loan spells with Middlesbrough, Wolfsburg and Preston North End in recent seasons and Kompany hopes he can lift his struggling Anderlecht side.
Read More
DAILYMAIL.CO.UK

Dozens of players who plied their trade in the second tier last season are out of contract
Read More
LANCS.LIVE

Preston North End striker Sean Maguire has extended his contract, keeping him at the club until the summer of 2023. The 26-year-old has been a key part of the Preston side over the last few years, and since signing from Cork City he has become a striker that is competent at Championship level. The Irishman […]
Read More
FOOTBALLLEAGUEWORLD.CO.UK

It’s two contract extensions in two days for Preston North End, as they today announced that Seani Maguire has signed a new deal at Deepdale. The striker’s old contract was set to expire at the end of next season but this new offer will see him play his football with PNE until 2023. It’s good […]
Read More
VITALFOOTBALL.CO.UK 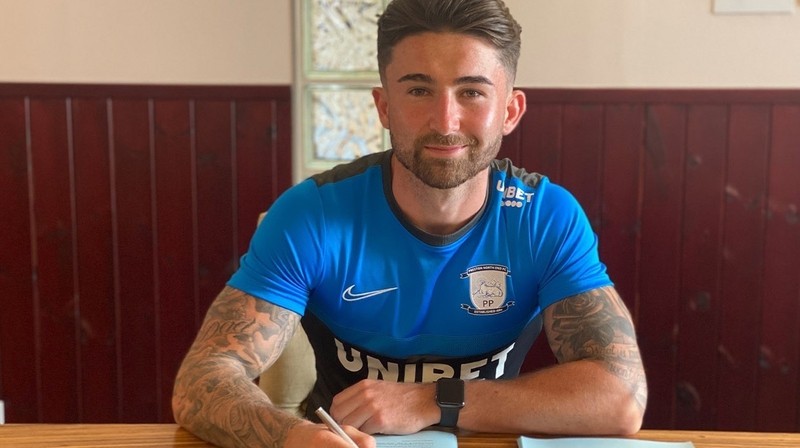 The striker extends his stay at Deepdale after extending his current contract
Read More
LANCS.LIVE

Alex Neil is in the market for a new striker in the transfer window
Read More
LANCS.LIVE

With the season set to get back underway on the weekend of September 12th (and with the transfer window set to shut its doors on October 5th), Preston North End will need to get their business done soon if they want to bring in some new players for the beginning of the new campaign. The […]
Read More
VITALFOOTBALL.CO.UK

The ex-Tiger has also had loan spells at Coventry City and Nottingham Forest
HULLDAILYMAIL.CO.UK

The Tigers entertain the Railwaymen in their first home league game
HULLDAILYMAIL.CO.UK

Both West Brom player Kieran Gibbs and Slaven Bilic saw red at the end of the first half ...
LIVERPOOLECHO.CO.UK

Defender Andy Yiadom is sidelined and misses the match with Barnsley
GETREADING.CO.UK

Nuno Espirito Santo made changes in the Carabao Cup but is expected to go with his regulars, ...
SPORTSMOLE.CO.UK

There was no complaints from Bilic about the red card from Gibbs
BIRMINGHAMMAIL.CO.UK

How Manchester City could line up against Wolverhampton Wanderers

Sports Mole looks at how Manchester City could line up for Monday night's Premier League ...
SPORTSMOLE.CO.UK

Tommy Doyle has agreed a new deal at Manchester City despite interest from elsewhere in ...
MANCHESTEREVENINGNEWS.CO.UK

Barcelona midfielder Riqui Puig is expected to leave the Catalan club on loan after being ...
STANDARD.CO.UK

The forward bagged a brace to ensure the Bluebirds came out 2-0 victors against Nottingham ...
WALESONLINE.CO.UK

Pablo Hernandez suffered a groin strain in the warm-up ahead of Leeds' clash against Fulham ...
LEEDS-LIVE.CO.UK

Aston Villa transfer news - Supporters were left unsure as to whether the former Ajax man ...
BIRMINGHAMMAIL.CO.UK

Aston Villa transfer news live coverage: Keep up to date with all the latest on Saturday, ...
BIRMINGHAMMAIL.CO.UK