£70,000-a-week player linked with Tottenham and Everton asked if he wants to stay in Italy Aston Villa news latest -  Villa will be looking to bounce back from their gut-wrenching 3-2 home defeat to Tottenham Hotspur when they make the trip to the south coast and take on Southampton
Read More
BIRMINGHAMMAIL.CO.UK

‘Gets better every time’, ‘Played like Superman’ – Many Tottenham fans reminisce over ex-star’s stunning strike

Tottenham supporters will be going to bed nervous this evening, as the first game of the Premier League weekend tomorrow is the 12:30 meeting between Spurs and Chelsea and Stamford Bridge, and as the hours countdown to the game, the official Spurs Twitter account has been tweeting out videos of goals against the Blues from […]
Read More
VITALFOOTBALL.CO.UK

Steven Bergwijn's tweet has got the attention of many Tottenham fans

Spurs fans have flocked to a tweet from Steven Bergwijn after he posted his thoughts on the 1-0 defeat by RB Leipzig in the Champions League earlier this week.  The 22-year-old had impressed in his first two appearances for the North London club against Manchester City and Aston Villa respectively, but struggled to have much […]
Read More
THISISFUTBOL.COM All the latest Tottenham news ahead of the huge Premier League clash against London rivals Chelsea at Stamford Bridge on Saturday afternoon, the game has top-four implications
Read More
FOOTBALL.LONDON

Fantasy Premier League Gameweek 27 kicks off on Saturday the 22nd of February at 12:30 pm UK time, when Chelsea play host to Tottenham. Gameweek 27 will end on Monday the 24th of February, with West Ham traveling to Liverpool. So, all of your transfers for GW27 need to be done by 11:30 am UK time […]
Read More
101GREATGOALS.COM The Premier League TV fixtures have been announced for April and it has an impact on the likes of London clubs Arsenal, Chelsea, Tottenham, West Ham and Crystal Palace
Read More
FOOTBALL.LONDON All the latest Chelsea news ahead of the huge Premier League clash against London rivals Tottenham Hotspur at Stamford Bridge on Saturday afternoon
Read More
FOOTBALL.LONDON

The latest batch of Premier League fixtures to be shown on TV has been announced
Read More
FOOTBALL.LONDON

Fans of Liverpool have been reacting to Timo Werner’s tweet, in which the German striker posted a picture of his celebration during RB Leipzig’s Champions League victory over Tottenham. Werner, who joined Leipzig from VfB Stuttgart in 2016, has been in incredible form for the club this season, scoring 20 goals in 22 games in […]
Read More
THISISFUTBOL.COM

Erik Lamela came on as a substitute for Tottenham Hotspur in the Champions League on Wednesday.
Read More
HITC.COM Tottenham manager Jose Mourinho knows the hallways of Stamford Bridge having been in charge there between 2004–2007 and 2013–2015, but he will feel no twangs of nostalgia in Saturday's clash with Chelsea
Read More
DAILYSTAR.CO.UK

Jack Clarke joined Luke Amos on loan at QPR in January after a tough spell back at Leeds United during the first part of the season
Read More
FOOTBALL.LONDON

Mourinho hails Tottenham player he has 'always liked', gives training news on him 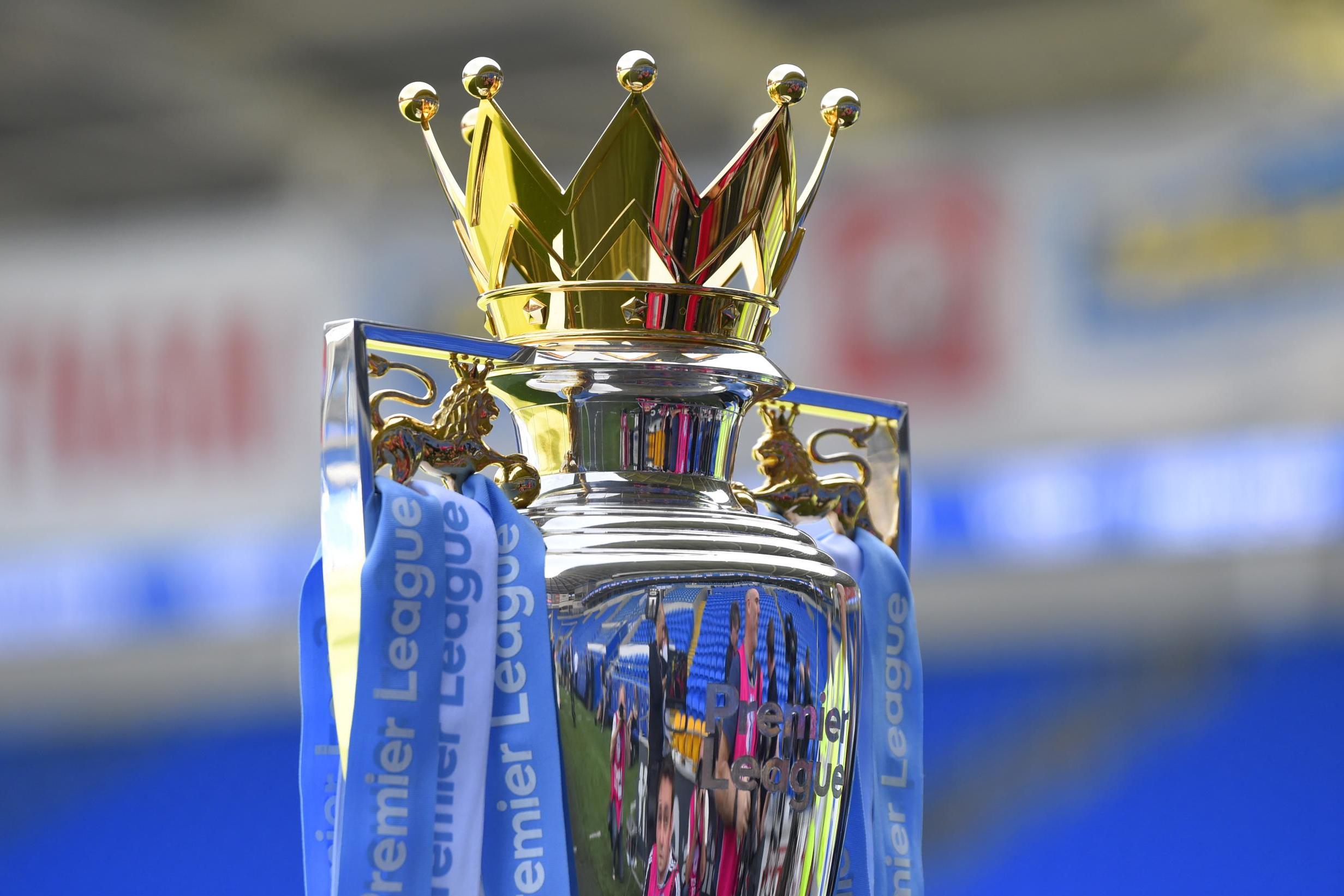 Gameweek 27 of the Premier League kicks off with arguably the game of the weekend as Chelsea host London rivals Tottenham.
Read More
STANDARD.CO.UK 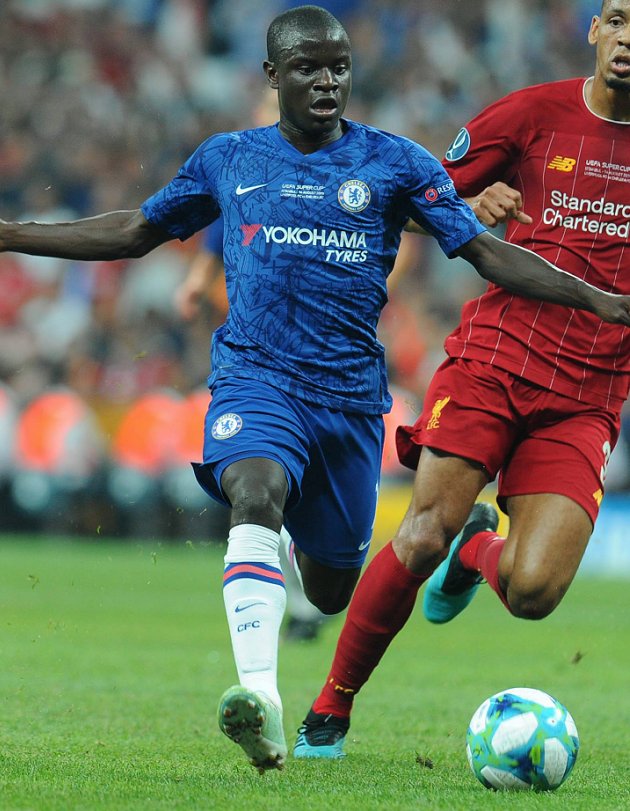 Mourinho: Top four finish with Tottenham would be career high 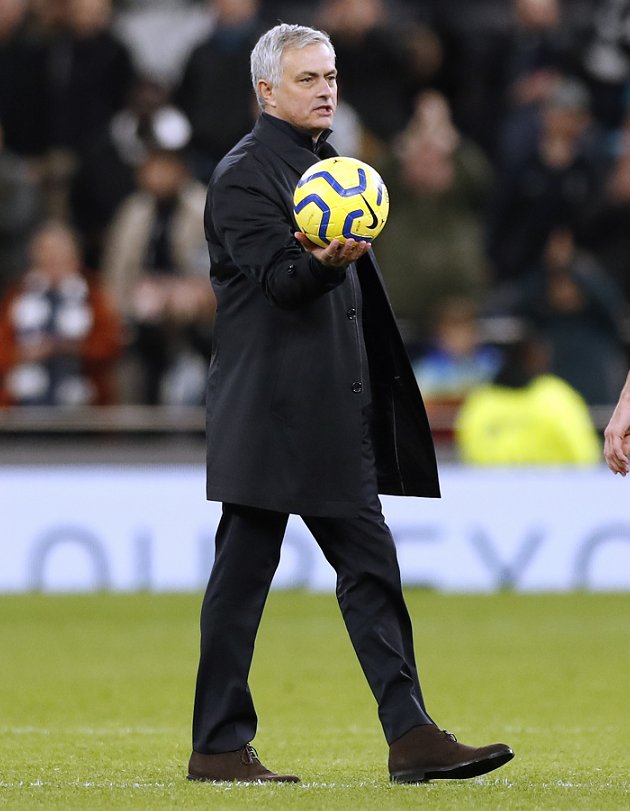 Andreas Christensen wore a protective mask in training on Friday after Chelsea manager Frank Lampard confirmed the defender will be fit to play against Tottenham on Saturday.
Read More
DAILYMAIL.CO.UK

MANCHESTER UNITED host Watford on Sunday hoping to capitalise on the fact that at least one of Chelsea or Tottenham will have dropped points when the London pair face off the day before. Ole Gunnar Solskjaer’s side have blown hot and cold this season, but will surely be buoyed by Monday night’s crucial 2-0 victory […]
Read More
THESUN.CO.UK

The 23-year-old reacted angrily to being substituted in Tottenham Hotspur's 1-0 loss against Wednesday night, but he will be fresh for Saturday's London derby against Chelsea
Read More
FOOTBALL.LONDON

Tottenham legend Chris Waddle is adamant young striker Troy Parrott deserves to be in the first-team squad for their match at Chelsea on Saturday. Jose Mourinho’s side are experiencing a crisis in attack as Harry Kane is ruled out until April with a hamstring injury, while Heung-min Son may not feature for the rest of […]
Read More
TALKSPORT.COM