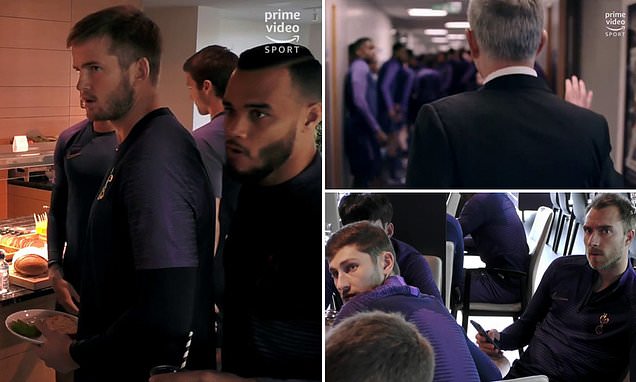 The teaser clip, which was posted on Friday morning, shows club chairman Daniel Levy rationalising the decision before it cuts to players in the canteen moments before Mourinho emerges.
Read More
DAILYMAIL.CO.UK

“We have to do what we feel is right for the club. Only time will tell if it’s the right decision.” A brand new trailer has revealed the words uttered by Tottenham chairman Daniel Levy to the Amazon cameras as Jose Mourinho arrived at the training ground in November. Fans have been given a first […]
Read More
TALKSPORT.COM

'Has to start in the NLD', 'our best player by a mile': Some Spurs fans praise 5ft 11in man's display v Cherries

A round-up of all of the national media's coverage of Tottenham Hotspur's 0-0 draw against Bournemouth in the Premier League at the Vitality Stadium on Thursday evening
Read More
FOOTBALL.LONDON

‘That’s in Tottenham’s DNA, they will always disappoint you’ – Roy Keane’s brutal verdict on Spurs after yet another drab display

Tottenham have offered Chelsea winger Willian a lucrative contract with bonuses.  Willian is out of contract at the end of the season and has been linked with a move across London, with both Spurs and Arsenal reportedly interested. In a weird twist of fate, Jose Mourinho actually signed the Brazilian seven years ago, and the […]
Read More
FOOTBALLTRANSFERTAVERN.COM

Written by Neil Dawson AFCB v Spurs – Match report – Click here. We needed a win today. If we couldn’t get a win we needed a draw and a performance that looked like we actually do care. So we got our second wish which on current form feels like a right bonus! There were […]
Read More
VITALFOOTBALL.CO.UK

Burnley, Arsenal, Tottenham, Wolves and the points needed for a Europa League place

Finishing eighth in the Premier League could secure a European spot next season
Read More
LANCS.LIVE

'Greatest flop', 'Dreadful again' - Some Spurs fans fuming with player who is 'stealing a living'

It is the big one, for the fans at least, as the Gunners prepare for a trip to fierce rivals Tottenham on Sunday
Read More
FOOTBALL.LONDON

ARSENAL are gearing up for their North London derby against Spurs – and will be without the suspended Eddie Nketiah. But on the transfer front the Gunners are edging closer to a deal for Thomas Partey while long time target Luka Jovic is reported to be available. Follow all the latest Arsenal news and transfer […]
Read More
THESUN.CO.UK

Manchester United and Southampton were awarded penalties while Tottenham were refused a spot-kick.
Read More
ESPNFC.COM

Harry Kane was denied a first-half penalty against Bournemouth and the Premier League
Read More
FOOTBALL.LONDON

Tottenham are holding talks with Southampton to sign Pierre-Emile Hojbjerg in the summer.  Jose Mourinho has identified Hojbjerg as his top target to transform the side that he inherited from Mauricio Pochettino. Hojbjerg has made it clear he wants to leave Southampton as he is looking for a new challenge. He will be out of […]
Read More
FOOTBALLTRANSFERTAVERN.COM 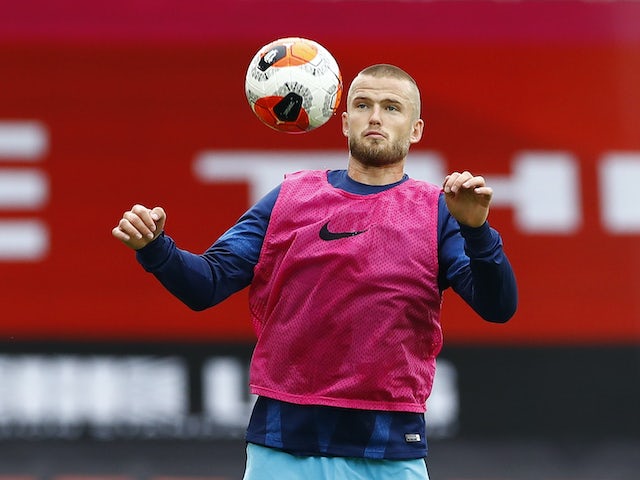 Sports Mole rounds up the latest confirmed transfer news and speculation from across the footballing world.
Read More
SPORTSMOLE.CO.UK

French journalist: Spurs and NUFC plotting move for £32m forward who could leave the club

Jose Mourinho's Tottenham side will be looking to bounce back from their disappointing 0-0 draw away at Bournemouth when they host Arsenal on Sunday
Read More
FOOTBALL.LONDON

'Words fail me', 'Nowhere near fit to wear the shirt' - Many Spurs fans destroy 'disgrace'

With Liverpool already crowned champions, attentions are on the race for Europe and the ...
Read More
STANDARD.CO.UK

Newcastle United were second best in the second half as they suffered a second successive ...
Read More
CHRONICLELIVE.CO.UK