The Hammers were keen but the French club moved the goalposts, though there remains hope a deal could be resurrected in January The post Strasbourg ‘greed’ behind West Ham’s Simakan failure, claims report appeared first on teamtalk.com.
Read More
TEAMTALK.COM

The Premier League have confirmed that next Monday’s home game against Tottenham Hotspur will be refereed by Michael Oliver whose last Burnley game was our 1-0 win at West Ham […]
Read More
UPTHECLARETS.COM

West Ham United managed to steal a point from Tottenham Hotspur with a late flurry of goals, as they came back from a three-goal deficit. While Arthur Masuaku wasn’t involved in any of the goals, he did show the threat that he can pose during the game before being replaced by Robert Snodgrass in the […]
Read More
VITALFOOTBALL.CO.UK

'He's not ready': Sherwood reckons one Tottenham player was 'struggling to breathe' against West Ham

'I was watching him': Heung-min Son 'really excited' after seeing Tottenham teammate in training 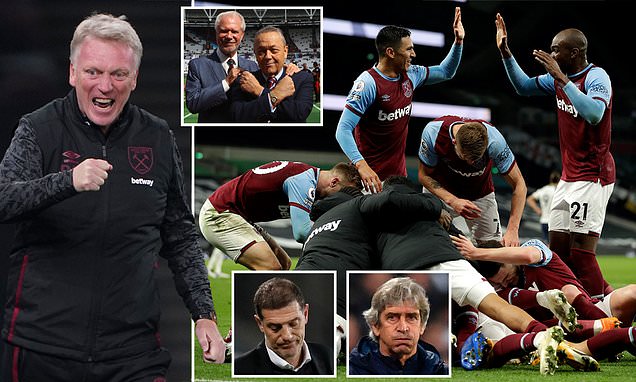 ADRIAN KAJUMBA: West Ham finished the season well last year to see off relegation fears and, after the blip against Newcastle, have now hit another good patch of form.
Read More
DAILYMAIL.CO.UK Tottenham Hotspur were held to a dramatic 3-3 draw by West Ham United on Sunday, despite being 3-0 up at the Tottenham Hotspur Stadium inside the opening 20 minutes
Read More
FOOTBALL.LONDON

Gareth Bale was back on the pitch for Tottenham on Sunday as he came on for the final 18 minutes in their 3-3 draw against West Ham
Read More
FOOTBALL.LONDON

Where does Saïd Benrahma fit in at West Ham? Why Tottenham are no laughing stock yet

Warnock loves fan forums - but isn't tempted to comment himself

Steve Bruce talks about his 'biggest challenge' at Newcastle United

Every word from Dean Smith on Leeds lessons & Villa bouncing back